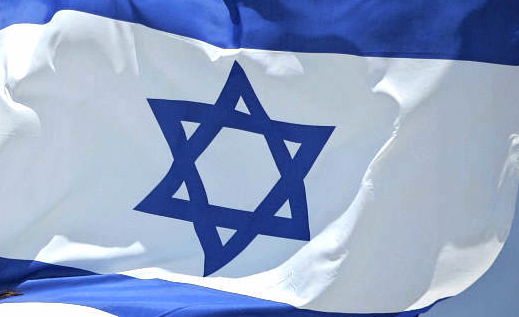 It was reported from a Lebanese news source that an Israeli Air Force (IAF) helicopter attacked a terrorist cell inside Syria on January 18th when it appeared the cell was preparing to launch rockets at Israel from an area in Syrian near Israel’s northern border.

The Lebanese Al-Maydeen report claimed that there were also two reconnaissance planes flying over the area which is controlled by Al-Nusra Front which is affiliated with Al Qaida.

According to DEBKAfile, Lebanese and Western intelligence reported that the two missiles fired Sunday, Jan. 18, by Israeli helicopters at an armed military convoy on the Syrian side of the Golan struck a group of Iranian and Hezbollah officers traveling near Quneitra.

Hezbollah has confirmed that six people were killed, including Colonel Ali Reza al-Tabatabai, the Iranian commander of the Radwan force of the Revolutionary Guards in Lebanon.

Hezbollah leader Hassan Nasrallah threatened Israel in an interview with Lebanese Al-Mayadeen television on Thursday, saying that his organization would retaliate for what he alleges are repeated IDF strikes on Syria.

The terrorist group was inspecting a site for a Hezbollah force to take up position opposite the Golan Heights area as part of the Syrian surface missile deployment. The Israeli strike was intended as warning to Iran, Syria and their proxies that The Golan is off-limits. They had been similarly warned last June when forces were gathered in the same location.

The IDF assessment from Monday, Jan. 19th is that Hezbollah will not hold off its answer for the Israeli helicopter missile strike on the Golan. Iran’s National Security Adviser promised punishment for the death of Gen. Allah Dadi, saying “The resistance will respond by force at an appropriate time and place for the “Zionist terrorist entity’s aggression.”

Israeli military chiefs have instructed local security units in the Galilee area to stand ready, open up emergency shelters and prepare their firearm arsenals in expectations of a retaliatory attack. At noon on the 19th, Galilee district commander Brig. Gen. Amir Baram assembled Galilee mayors and local council heads and gave them crisis directives for the some 250,000 people who live there.

A Lebanese Hezbollah propaganda source warned on the 19th that “Israel will not be able to prevent Hizballah from sending its forces into Galilee… We shall hit back for the Quneitra strike very soon.”

Unless Hezbollah plans a full frontal assault, they have two options for sending send its forces across the border into Galilee, debkafile’s military experts report. “By seizing control of a single Israeli location or district close to the Lebanese border, or pushing a force into Israel through prepared tunnels.”

According to United with Israel, updated reports on the evening of Jan. 19th claim that the “Iron Dome” missile defense batteries have been deployed along the Syrian border, in anticipation of retaliation by Hezbollah. Israel has gone on high alert since the attack.

Former Chief of IDF intelligence Major-General Amos Yadlin spoke on Israel’s IDF Radio on Monday and estimated that the attack was not against Hezbollah but a move to eliminate any terror threats emanating from the Golan. Hezbollah prefers to operate out of Syria, he explained, because there is a governmental vacuum in Syria, which enables them with a wider range of freedom.

Hezbollah uses Lebanon as a staging area of terror, claiming to be the protector of Lebanon against Israeli aggression, and has claimed that it does not operate out of other countries. Yesterday’s attack is proof that Hezbollah does operate in other areas. They may have lost themselves some support in Lebanon, because the Lebanese do not want to deal with an attack from Israel in retaliation for an attack by Hezbollah which came from somewhere else.

WorldNetDaily reports that Lebanon is bracing for an attack by Israel, should Hezbollah retaliate for the helicopter strike. According to a witness who talked with WND, there’s “lots of security and uniformed guys talking into their radios …People seem understandably nervous and some fear a repeat of July 2006, or worse.”

The source added that if “things get crazy, I’m heading to the American University of Beirut,” which is near the U.S. Embassy.

Iran has virtually rebuilt southern Lebanon including Hezbollah controlled areas of Beirut since the month long fight between Hezbollah and Israel back in 2006. Lebanon is also reportedly bracing for potential attacks from ISIS and al-Nusra as well, possibly in the spring.

Add to this, reports that an ISIS cell was “busted” in Israel. The Israel Security Agency (ISA) arrested seven Israeli Arabs, residents of Galilee, for setting up an official ISIS affiliate branch in Israel. The group had admitted that over the last year they had formed a Salafi jihadi group, which they later aligned with ISIS. One also admitted to purchasing weapons to commit terror attacks on Israelis, specifically against Israeli security Forces and the Druze community. Several more Galilee residents were arrested. All those arrested ranged in ages from 22 to 40 years of age.

According to the reports, the seven met with a senior Sheikh running anti-Israel terror groups in the north, who was not named, but who had encouraged them to form the jihadist group and carry out terror attacks. Group meetings had included preparations to join ISIS in Syria, tutorials on how to make Molotov cocktails and animal slaughter as “training” to slaughter “infidels” in jihadist attacks.

The group was in touch with ISIS terrorists via social media, including with other Israeli Arabs who have left for Syria to join the group. All seven have been indicted, and this follows news earlier this month that an ISIS-inspired terror cell was broken up by the IDF in Hebron.

Israel also has to watch Iran before the March deadline for an agreement over Iran’s nuclear program, which has announced it is increasing its nuclear capacity by building two new plants as reported January 14th.

Obama warned our congress on January 16th not to set new sanctions against Iran over its nuclear program. According to Jihad Watch Obama was quoted as saying, “Congress needs to show patience… My main message to Congress is: ‘Just hold your fire.’”

Sure, hold your fire and have patience while Iran gets more centrifuges running. As Col. Allen West asks, “what message does that send to the mad mullahs running Iran, an Islamic theocracy?”

What kind of unity is it when talks have been ongoing, and Iran has balked and done what they intended to anyway? But then again, according to a State Department official the construction of the new nuclear plants is not prohibited under existing United Nations restrictions or under the terms of the current interim nuclear agreement made in 2013 with the US.

That’s comforting to know, especially when it was reported earlier this month that the commander of Iran’s Basij forces declared that the Islamic Republic’s ultimate goal is the destruction of America and Israel. According to the Clarion Project, Iran’s supreme leader, Ayatollah Ali Khamenei, also called for the continuation of the fight to destroy America, saying: “This battle will only end when the society can get rid of the oppressors’ front with America at the head of it, which has expanded its claws on human mind, body and thought. … This requires a difficult and lengthy struggle and a need for great strides.”

While Israel faces more threats than ever before, and the US is played for a putz by Iran, I have to wonder what Valerie Jarrett is up to these days.