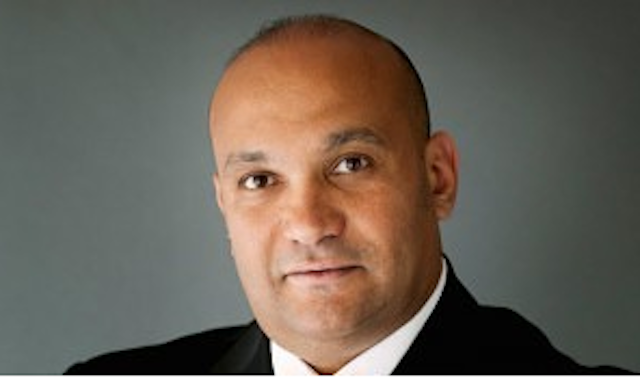 “Meet Mark Christian, a brave man who has dedicated his life to exposing what Islam truly is all about.

After leaving Islam a decade ago to convert to Christianity, Mark pulls no punches when speaking out about his former religion, frequently calling out the Muslims who choose to murder in the name of their god.

“A god who is insecure enough to be offended by a cartoon, and incompetent to the level that he wants you to avenge for him, is not a god worthy of worship, but a devil who is leading you to your demise.

“When people challenged Jesus, he made them walk on water, raised them from the dead, and healed their sickness to prove ‘who He Is’ … But when people challenged Mohamed, he chopped their heads off to prove his power as a prophet … Well you chop my head off as much as you want. My heart will continue to call on the name of my savior Jesus Christ.

“Where is the American spirit and the American soul? Where are those who destroyed Hitler and brought down the Berlin Wall? When planes flew into your buildings, knifes ran through your fellow citizens’ throats, bombs went off in your Boston streets, Women and kids are screaming in every country around the world. All of this and you are still calling Islam the religion of peace … What else needs to happen for that Giant to wake up, and liberate humanity from the bondage and the fear of Islam???”

The following is an open letter from Mark, not just to Americans, but to those professing to be “peaceful” Muslims. In the light of the recent terror attacks in Paris, this message needs to be heeded and applied before it is too late!

The circumstances we face are dire and we have no coherent way of addressing it until we establish the stark, bright line between Muslims who are willing to respect the religious liberty of others (which must absolutely require the abandonment of vengeance over insults, perceived or real) and those who count us as so many cattle, ripe for slaughter and easily led.

Our society can no longer afford to self-censor when it comes to the “hair trigger” that is Islam. Muslims of the former type I described above may be offended, and for this I am sympathetic; but Muslims of the latter type will become enraged and will reveal to all the depth of their incompatibility with civilized society. This is my aim: to force these Muslims to expose their unacceptable radicalism for all to see, but also to reach a self-realization of the depravity of that radicalism that exists within themselves.

Being offended is uncomfortable for sure, but it is nothing compared to being hunted and subjugated, which is the lot our Christian brothers and sisters in Muslim-dominated lands endure, and as we saw in Paris; and increasingly in our own western democracies. The source of this is a foolish adherence to the idea of “multiculturalism,” enforced by a misguided political correctness. I believe you would heartily agree that there is no verbal insult, nor cartoon that would move you to murder. However, hundreds of millions of Muslims worldwide disagree.

Part of the effort of the Global Faith Institute is to expose the reality of these twisted beliefs, not just among the jihadists (who we all know believe this) but more importantly, among the so-called “moderate” Muslims.

The concept of killing over an insult is abhorrent, but is held to be acceptable by a majority of Muslims. Does this mean that a majority of Muslims would kill over a cartoon? Of course not. However it does mean that a majority of Muslims would NOT stop a fellow Muslim from doing so, and might even feel compelled to assist or support them either financially, or through their silence. This concept is the bridge from religion to savagery. If a Muslim accepts insult as justification for violence, then it becomes possible for them to move to the next stage – honor killings, murder of apostates and infidels, etc.

Think of responding to insult with violence as the “gateway drug” to all the evils that animate Islam today. Break that link, and the rest will collapse for lack of support.

We are at the point where the lack of a stark, bright line is enabling death. I must do all I can to draw that line, and force Muslims to choose which side of that line they prefer. This is an essential first step in exposing the radicalism that we both know festers beneath the surface of many Muslims; even some of whom we call friends.

Some of those “peaceful” Muslims are of the opinion that HAMAS is doing nothing wrong by targeting civilians. They say are merely “acting as anyone would toward an oppressor.” Their words, not mine.

We are in a war, declared by Islam against civilization itself. As war is not pretty, sometimes tactics within a battle are difficult as well. I have the greatest love for Muslims, as they are in fact the first victims of Islam, and it is that love that leads me to force them to address their own need for religious reform. When one allows a wayward son to sit at the Thanksgiving table while drunk and on drugs, one is enabling that behavior. Real love tells that son to be sober and clean before entering this house. The son will resist, but only through that conflict can the problem be resolved. So it is with Islam, and those who follow it.

Mark Christian is the founder of Global Faith Institute, whose mission is “To inspire the lost with the hope of Christ; to equip America with knowledge of the truth, greater than the evils of the age; to embrace the role of “Watchmen,” that we might sound an alarm for all who will listen.” Be sure and follow him on Facebook and on Twitter.

Silence Is Not Always Golden