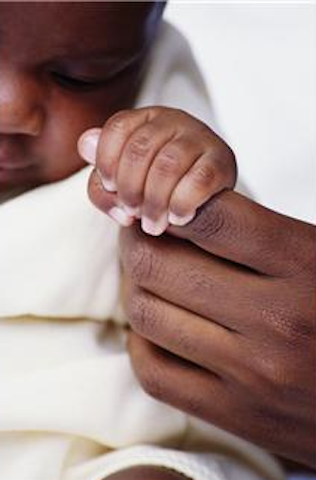 [T]he next thing we are to be concerned about if we are to have peace on earth and goodwill towards men is the non-violent affirmation of the sacredness of all human life. . . . Man is a child of God, made in his image and therefore must be respected as such. . . . And when we truly believe in the sacredness of human personality, we won’t exploit people, we won’t trample over people with the iron feet of oppression, we won’t kill anybody.

His words, spoken almost fifty years ago, still ring true today.  For today, while a black man sits in the White House, the Democrat party who put him there funnels millions of public tax dollars to advance and promote the unjust killing of hundreds of thousands of pre-born black babies every single year.

Since the legalization of abortion by the Supreme Court, over 55 million babies have been legally euthanized in their mothers’ wombs.  According to National Center for Health Statistics, there are over 1.1 million abortions in America each year.

Abortion is a racist industry.  “Nearly 40% of all African-American pregnancies end in induced abortion.”  While African-Americans make up only 13% of the American population, they comprise 37% of all abortions.  The disparity of abortions by race is chilling.  “Black women are five times more likely to abort than white women.” 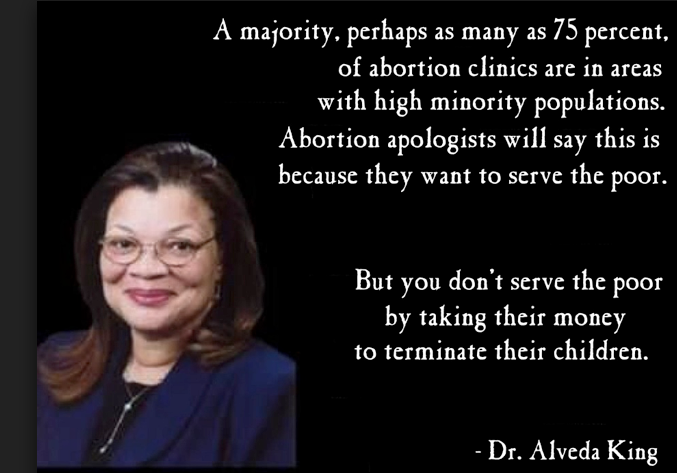 Planned Parenthood performs one in four abortions and receives hundreds of millions of tax dollars every year.  It is the largest abortion provider in the country.  Its founder, Margaret Sanger, advocated eugenics and admired Nazi ideas of racial purity, and she disparaged blacks, suggesting the need to exterminate them as a race.  By located 80% of its abortion clinics in minority neighborhoods, Planned Parenthood is advancing Sanger’s goal of “eliminating the unfit” by “disproportionally targeting minorities for abortion.”

On January 22, millions of people will participate in the annual March for Life in Washington D.C.  Like Dr. King, these Americans will employ non-violent methods to protest the ongoing violation of unborn Americans’ civil rights.  Because, in the words of Rev. Johnny M. Hunter, the national director of Life, Education and Resource Network (LEARN), the largest black pro-life organization, “Civil rights’ doesn’t mean anything without a right to life!”

Pro-life advocates dare to dream of a day when all God’s children white, brown or black will one day share equally in the unalienable right to life regardless of color.  On that day, Dr. King’s dream will be reality “when all of God’s children, black men and white men, Jews and Gentiles, Protestants and Catholics, will be able to join hands and sing in the words of the old Negro spiritual: ‘Free at last! Free at last!! Thank God Almighty, we are free at last!’ “