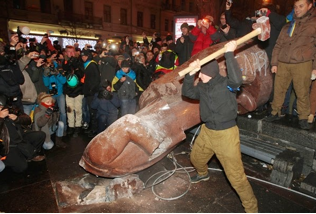 There is a thread that connects many of our conflicts, whether it’s the one against terrorism or the one between the Republican establishment and its conservative insurgency. To win a war, we have to understand the nature of the conflict and how we got there. And that’s often the missing piece.

The left blames imperialism for our conflict with terrorists. And it’s right. Just not in the way that it thinks.

Empires may be expansionist, but they’re also tolerant and multicultural. They have to be, since out of their initial phase they have to enlist the cooperation and services of subjects from a variety of cultures and religions. An empire may initially be fueled by the talents and skills of a core nation, but as it reaches its next phase, it begins sacrificing their interests to the larger structure of empire.

The argument between the establishments of the right and the left is over two different kinds of empires. The Republican establishment in America and its various center-right counterparts abroad have attached themselves to the liberal vision of a transnational empire of international law so much that they have forgotten that this vision came from the left, rather than from the right.

This Empire of International Law proved to have some uses for global trade and security, particularly during the Cold War. These practical arrangements however are overshadowed by the fact that it, like every empire, sacrifices the interests of its peoples to its own structure. This is true of the structure at every level, from the EU to the Federal structure of the United States. The system has displaced the people. And the system runs on principles that require cheap labor leading to policies like amnesty.

The Empire of International Law needs Muslim immigrants even if its people don’t, because it envisions integrating them and their countries into this arrangement and rejects national interests as narrow-minded and nativist.

This formerly liberal vision now embraced largely by centrists is the left’s vision, which includes today’s liberals, is of a completely transnational ideological empire in which there are no borders, but there are countless activists, in which everything and everyone are controlled by the state.

Like the more conventional imperial vision, the left’s red Empire of Ideology depends on enlisting Muslims and Muslim countries into its ranks. This is the basis of the Red-Green alliance.

These two types of imperialists are incapable of representing native workers or communities because they are transnationalists. Their vision is cosmopolitan, rather than representative. They are entranced with a byzantine international arrangement and uninterested in the lives of the people they are ruining.

This Imperial blindness is why the West is falling so swiftly to Islam. It’s why the pockets of resistance are coming from nations outside the imperial sphere.

Countries like Israel, India or Burma are dependent on specific groups and are not truly part of either empire. They are not transnational. They are national. And it’s why they are still holding out. 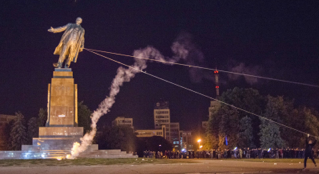 The empires have made their inroads into them. Israel has its tycoon class that would love nothing more than to join the transnational empire. It has its radical left that would destroy Israel for the world revolution. But it also has millions of people that understand that their lives are on the line.

The resistance to Islam has come from outside the empire. It has come from countries that are neither part of Islam nor the Empire. Those countries may be large, like India or China, or precariously small, like Israel, but they have a dominant ethnic and/or religious identity and are not truly part of the Empire, though they have extensive interconnections with it.

These countries have minority groups, including sizable Muslim minorities, but they also have a national interest that is tethered to its majority.

The United States used to be that way, until not long ago. And then it lost touch with itself. It became diseased with empire and the disease of empire has nothing to do with pith helmets or planting flags. It’s what happens when the structure of the system becomes more important than the people. When that happens the old principles that are based on the people are set aside and replaced with principles that are based on the system.

That is how globalism came to trump American workers. It’s how accommodating Islam came to matter more than anything else.

This is the thing that we call international law. And it has to die for us to live.

This is the empire that feeds armies of foreign immigrants through our countries. It’s also the empire that pays allegiance to Islam because empires have to diversify to expand. Diversity isn’t the source of our strength. It is the source of imperial expansionism which has to absorb many more peoples.

To empires, people are interchangeable. If the natives have a low birth rate and a long lifespan, then workers with high birth rates and lower lifespans are brought in to replace them. If the natives are reluctant to pay higher taxes, immigrants from countries that are fine with voting for high taxation are imported. That is how empires, not nations, do business.

The only way for the nations to survive is for the empire, in all its forms, the ideological revolutionary empire of the left and the centrist empire of international law, to to be cast off.

Every political revolution that fails to take into account the power of these two empires on our national politics is doomed to fail. To win a conflict, you have to understand what you are fighting.

The only possible revolution that can succeed against these two empires is populist. It must emerge from the needs of the people of a country to be free, to be prosperous and to manage its own affairs. It must proceed by showing the people how they have been victimized and how they are being victimized. And it must show them that they reclaim what their grandparents had if they take back controls over their own countries and destinies. 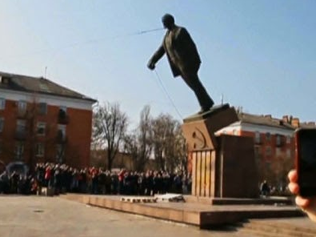 The rhetoric of empire is seductive. Our educational systems implant it at an early age. It is not the empire of explorers and conquerors, but of lawyers and social justice activists. Against it we must raise the flag of national interests.

The left and the right establishments pretend that they have two very different sets of ideas about the world. They have the same set of ideas, one is a more extreme version of the other. The left fights its own heresies much more fiercely than it does the right. Its rhetoric about imperialism is a rejection of its former ideas about empire for its more radical empire. And we do not want either empire.

What we must have is an end to empires and the rise of nations. Only nations that answer to the national interests of their people can stand against the savage barbarian migrating tide.

Anni Cyrus: A Day in the Life of a Woman Under Sharia

New Year, New Lean You: The Essential Formula to Building Your 2015 Fat-Melting Metabolism