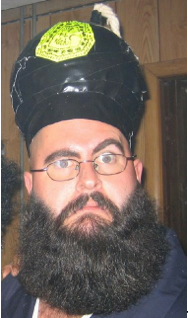 “Against the assault of laughter nothing can stand.” Mark Twain

Anyone who seriously believed after 9/11 that victory against the ongoing Islamic conquest would be accomplished by military force has by now been steadily disabused of that illusion after over a decade of political correctness, passivity and misguided campaigns to bring democracy to the Muslim world.

The war against Islam is not going to be won with guns or bombs. Force is merely the final solution to settling conflicts but Islam’s violence is for now only the tip of the iceberg of a much larger campaign to make the world into an Islamic domain.

While we fight with police actions and holding elections, Islamists are seizing control of governments by force or by democratic elections. They are conquering African nations and staging civil wars in pacific ones. They are importing millions of Muslims to Europe and America as Europe’s ‘Palestinians’ for a coming European Intifada. They are rewriting history to claim that Arab explorers originally discovered America and Australia giving them claim to the land. They are aggressively evangelizing hundreds of thousands a year to convert to Islam through misleading claims and marriages of Western women to Muslim men.

What we believe is a war, is merely a minor skirmish in a global conquest. While we spend billions of dollars and thousands of lives to stabilize a single Muslim country, dozens of non-Muslim countries including our own are being destabilized day by day.

The true war against Islam is not a military war, it is a cultural war. For Islam it is a religious conflict by an empire intent on transforming every aspect of life into one defined by Islam. For us it is about preserving our way of life. The cartoon controversy woke many Europeans to the fact that free speech and many of the other attributes of democracy that they take for granted are incompatible with Islam. Under the relentless pressure of multi-culturalism, they and we are increasingly deciding that our way of life has to bow to theirs.

This is the ultimate victory of Islam. Not the fall of the Twin Towers or any single act of terrorism is as great a victory for Islam as when our own government and press repeat their propaganda and muzzle their critics. This represents the submission of the West to their rule. It turns Islam into the only legally sanctioned religion in Western nations that have long since instituted separations of Church and State.

Islam cannot be criticized by any public figure without violence quickly following. Islam cannot be criticized by the press without violence quickly following. No disrespect, real or perceived, towards Islam can be tolerated either. This is the lesson Muslim violence is teaching in Europe and much of the European and American media, politicians and clergy are becoming quick students. Criticism of Islam by individuals will get you condemned as a bigot by those very same people who are for all intents and purposes collaborating with our new tyrants.

While the entertainers, academics and pundits of a liberalized West are free to criticize and impugn Christianity and Judaism, Islam is a No-Go Zone. While Judaism and Christianity cannot be taught in the schools of a liberalized West, Islam can and is. Muslim religious artifacts can be displayed, Muslim religion taught and its holy books present, where those of other religions cannot. This elevates Islam to a special status. It gives Muslims power over other religions and they use that power. In a society where traditional religion is mocked, theirs is held sacred. Is it any wonder that sheltered from any criticism or negative appraisal by the same comedians and academics who tear apart Judaism and Christianity; that the view of many will be that Islam is a better religion. And this is exactly what Muslims want. 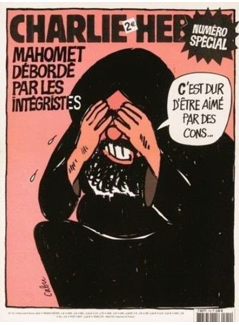 Our culture is being invaded. Our nations are being overrun. In England some government offices banned mugs featuring Piglet on them. In Israel a woman was sentenced to jail for drawing a cartoon of Mohammed as a pig. In America defaced Korans are being investigated as hate crimes. This is the power of the law backing up the power of the cultural consensus of our politicians and press which prevents any criticism or mockery of Islam as if this were Saudi Arabia.

We can defeat Islam. We can stop this. If we fight back.

When Mark Twain said that, “Against the assault of laughter nothing can stand”, he was speaking as part of a long tradition of American humorists who satirized the great and powerful, who knew that nothing so much cuts a puffed up ego to size and the insecure man hiding behind it, as a well told joke. Islam in our time is the biggest puffed up ego there is. A fraudulent religion based on the plagiarism of a vicious desert warlord turned into a global empire. There is not one thing new in Islam. Its only claim to power is that it is wielded by men more ruthless and murderous than any other today.

Muslim rage is not a strength. When Muslims riot screaming in the streets every time they’re offended in some way, this is not the mark of a strong faith but a weak insecure one. So weak and insecure that it cannot turn the cheek or look down from a superior position of belief in the true God. Instead like all pagan savages it goes into a murderous rage because inside its worshipers know they are not the servants of a living God who can avenge all insults, but of a faith cribbed from Jews and Christians by an illiterate bandit who proceeded to win convert by terrorizing everyone who didn’t join his gang of bandits.

Muslim rage does not emerge from a deep respect for Allah but from the knowledge that their entire system of belief is a fraud that could never stand up to any scrutiny. If the world’s religions were paintings in a museum, Islam would be a child’s dirty smeared finger painting all in one color.

Islam’s drive for world conquest is a sign of weakness. It is a sign of a deeply insecure faith. But then most killers are driven by their own insecurities too. The man who opens fire on a crowded cafeteria is weak inside but that only makes his explosive violence more dangerous and it makes coddling him more dangerous because sooner or later he will kill.

The way to defeat Islam is never to coddle it, to enable its rages or its conquest of our lands. It is to stand up to it over and over again. It’s to laugh at it. Yes laugh it and ridicule it. America is a collection of immigrants with the humorous traditions of dozens of cultures, Irish, Jews, Italians, Scots, Russians, Asians. We’re not just the reservoir of the world’s talent but its humor too and humor is the ultimate weapon against the balloon that is Islam. Islam can only expand by force. It can’t leverage any real military force against us. Instead it expands by intimidation, by conformity, by deception, by political correctness. It has no defense against laughter. Men who are so insecure they would kill over a stray word here or there, can’t stand up to being laughed at, to being ridiculed, to have their cherished values transformed into a laughingstock.

We’re fighting a cultural war and humor is our best weapon. We’ve spent the last 50 years laughing and mocking every aspect of our societies. Let’s turn that laughter on Islam full bore. And Islam’s defenders will find it difficult to censor and silence humor, the way they can silence and discredit political commentary. To try and silence humor is to look like a prig and if there’s anything our politically correct cultural overlords hate, it’s to come out looking like the stuffy humorless totalitarian-minded fascists that they really are. 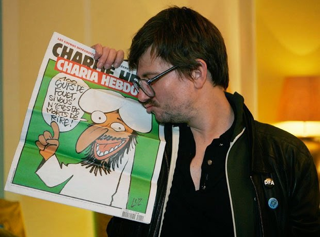 The front line of the cultural war between Islam and the West is right here. It’s the internet. It can’t be silenced or shut down. It’s the interface point between two colliding cultures. It’s the gateway for information and disinformation. It will also help determine which will stand and which will fall.

So go on telling those jokes. When the arguments run out and the rhetoric is exhausted, humor can always be fresh and a weapon no one can argue against. There’s one thing Muslims can’t stand above all else and that’s mockery. It drives them mad and when that happens they show their true face beneath the false polite masks they so often wear, in a way that not even liberals can long ignore.

Battling Islam with humor quickly clarifies the stakes for the west in an undeniable way showing that our choice is between maintaining our freedoms or losing them forever. Islam’s apologists, our press, our politicians, our academics have been cooking us like lobsters in a pot, slowly raising the temperature until we’re broiling and barely notice it. Muslim rage raises the temperature a lot. It wakes up some of those in the lobster pot as the murders of Theo VanGogh and the Cartoon controversy did.

A billion plus Muslims around the world are shouting angrily demanding that we take their perverted homicidal mania of a religion seriously. Let’s laugh at them instead.