American Sniper is the movie that should not have existed. Even though the book was a bestseller, nobody in Hollywood wanted the rights.

And why would they? 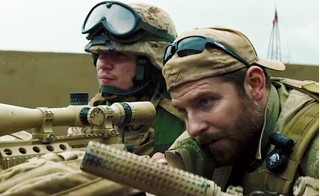 The Iraq War already had an official narrative in Hollywood. It was bad and wrong. Its veterans were crippled, dysfunctional and dangerous. Before American Sniper, Warner Brothers had gone with anti-war flicks like Body of Lies and In the Valley of Elah. It had lost a fortune on Body of Lies; but losing money had never stopped Hollywood from making anti-war movies that no one wanted to watch.

Even the Hurt Locker had opened with a quote from leftist terrorist supporter Chris Hedges.

An Iraq War movie was supposed to be an anti-war movie. There was no other way to tell the story. Spielberg’s own interest in American Sniper was focused on “humanizing” the other side. When he left and Clint Eastwood, coming off a series of failed films, took the helm, it was assumed that American Sniper would briefly show up in theaters and then go off to die quietly in what was left of the DVD aisle.

And then American Sniper broke box office records that had been set by blockbusters like Avatar, Passion and Hangover Part II by refusing to demonize American soldiers or to spin conspiracy tales about the war. Instead of pandering to coastal progressives, it aimed at the patriotic heartland.

In a sentence you no longer expected to hear from a Hollywood exec, the Warner Brothers distribution chief said, “This is about patriotism and all the things people say the country is lacking these days.”

The backlash to that patriotism and the things the country is lacking these days didn’t take very long to form and it goes a lot deeper than snide tweets from Michael Moore and Seth Rogen. Academy members were reportedly passing around an article from the New Republic, whose author had not actually seen the movie, but still denounced it for not showing Chris Kyle as a bigoted murderer.

Hollywood progressives are both threatened and angered by American Sniper. And with good reason.

The most basic reason is the bottom line. Between Lone Survivor, Unbroken and American Sniper, the patriotic war movie is back. Hollywood could only keep making anti-war movies no one would watch as long as that seemed to be the only way to tackle the subject. Now there’s a clear model for making successful and respectful war movies based around the biographies and accounts of actual veterans.

Hollywood studios had been pressured by left-wing stars into wasting fortunes on failed anti-war conspiracy movies. Matt Damon had managed to get $150 million sunk into his Green Zone failed anti-war movie before stomping away from Universal in a huff. Body of Lies with Leonardo DiCaprio and Russell Crowe had a real budget estimated at around $120 million, but had opened third after Beverly Hills Chihuahua whose titular tiny dog audiences preferred to either star and their political critiques. 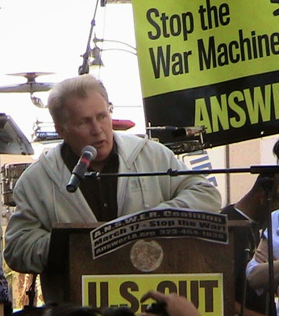 But why spend over a hundred million on anti-war movies no one wants when American Sniper has already made over $120 million on a budget only half that much?

Hollywood progressives don’t look forward to having to write, direct and star in patriotic pictures and if they can’t destroy American Sniper at the box office, they can taint it enough that no major star or director will want to be associated with anything like it.

Adding to their undercurrent of anger is the way that American Sniper upstaged Selma at the box office and at the Academy Award nominations. Selma is a mediocre movie, but it was meant to be a platform for the usual conversation that progressives want to have about how terrible Americans are. Instead audiences chose to see a movie about how great Americans can be even in difficult times.

There’s nothing that threatens the left as much as that.

In a Best Picture lineup that includes the obligatory paeans to gay rights and the evils of racism, American Sniper distinctly stands out as something different. It displaces Richard Linklater’s Boyhood, the previous sure winner which had its obligatory drunken Iraq War veteran claiming that the war was fought for oil, with an authentic veteran instead of Hollywood’s twisted caricature of one.

American Sniper and Lone Survivor signal a shifting wind in which the focus of movies about the War on Terror moves from the organizational conspiracy theories that Hollywood liked to make to the personal narratives of the men who fought in them. Many of the smarter progressive reviews of American Sniper grapple with the fact that the time when they could even have their favorite argument is going away.

Progressives would like Dick Cheney to be the face of the war, but are forced to deal with a world in which Chris Kyle and Marcus Luttrell will be how America sees the conflict. The lens through which the left liked to view the war, its obsessions with WMD, Bush and the path to war, have been eclipsed by the rise of ISIS and the return of American veterans. Their worldview has become outdated and irrelevant.

It’s easier for the left to vent its anger on American Sniper than to deal with its own irrelevance. The most shocking thing about the movie is not any political statement, but its presumption in dealing with the Iraq War and the men in it as if it were WW2. It doesn’t confront the left; instead it acts as if the left isn’t there. It fails to acknowledge the entire worldview through which Hollywood dealt with the war. 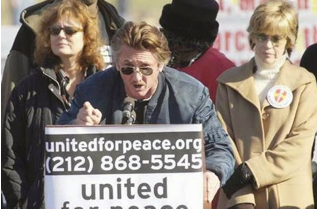 The left spends most of its time living in its own bubble and is shocked when events remind it that the rest of the country does not really share its opinions and tastes. American Sniper’s success is one of those explosive wake-up calls and the left has responded to it with all the expected vicious pettiness.

A billboard for the movie was vandalized and attacks from lefty outlets like New Republic and Vox not only target the movie, but the dead man at the center of it. The smear campaign against Kyle has reached new lows, because in death he has become an even more powerful symbol of everything that the left hates.

Whether or not American Sniper wins the requisite number of Oscars, its impact on Hollywood and on ordinary Americans will not go away. The anti-war movie is in eclipse. The movies that tell the stories of the sacrifices that American veterans have made in the war against Islamic terrorists are rising.