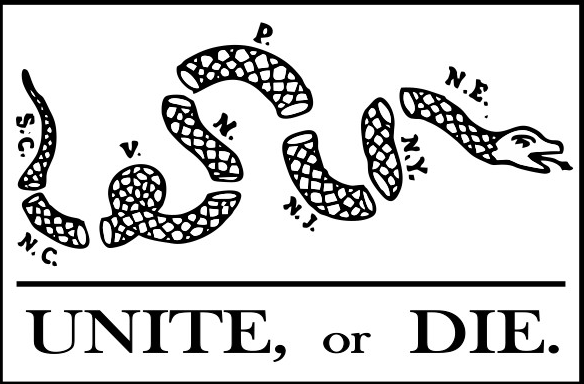 As a die-hard conservative thanks in part to my father growing up and being involved in politics for some odd years, I have learned there is a time and a place to pick your battles and not always to attack on nonsense.

Being in this world of conservative politics–from meeting big shot politicians, coalition players, and other die hard conservative like myself fighting to save this great country from liberal ideology–I can say firsthand that we need to keep this momentum going.  But take it easy on the negative rhetoric before we become just like liberals.

Why do I say this and why am I pointing out only to Conservatives and not Liberals? Because I have been noticing on social media that conservatives like to attack other conservatives for playing politics, calling them traitors and abandoning their conservative views. I have also noticed the attacks by conservatives about liberals, which I love, but it’s often done in a distasteful manner of emotion mixed with opinion rather than facts.

Remember conservatives:  We know the truth. Liberals don’t. Speak the truth even if they silence you.

So why do we continue to act like liberals with our strong voice?

Let’s take for example Congresswoman Mia Love, the first black conservative woman elected to the 114th Congress last November. For two months since her election, her social media posts blew up my news feeds with the promise to fix the dysfunctional system of congress she swore she would do when elected. One day after taking the Oath of Office, I have seen nothing in those same feeds other than “recall Mia Love” and “primary Mia Love.” I saw nothing but disgusting smears and hate to this newly elected Congresswoman for choosing to vote for John Boehner as Speaker of Congress.

For some reason, Conservatives saw this as a betrayal. It appears that whenever anyone sides with a “RINO” or a Democrat that automatically means they are against their principles and values and more likely to abandon their movement. What the conservative movement fails to realize in all of this “betrayal” its really just politics. Imagine if she had voted against Boehner in the last minute circus race for Speaker leadership – then you would see Love losing the perks of being a congresswoman in Washington, such as subcommittee chairmanships. Love was elected to serve her people, but that also comes with playing politics to help serve her people.

What conservatives have failed to realize is that it’s nothing personal.  Its just politics. We can still fight for the greater good for this country, but it has to be planned out and executed with unity and strength. You win the war by winning battles, not launching kamikaze attacks. Remember the Art of War.

Boehner was going to win the Speakership no matter what. He had obtained over 150 plus votes since campaigning for this leadership in 2013. It wasn’t a battle worth fighting and it’s not one which conservatives should continue holding a grudge. Ousting Boehner was a long shot. There was no clear alternative to challenge him. Louie Gohmert’s announcement three days before the speaker’s vote was not a clear alternative to oust Boehner with no game plan. As much as I want Louie to take over this post, the GOP conference already agreed to support Boehner, so why continue out with the lashing.

This left Love to explain herself by via email to the Washington Examiner on reasons why a vote against Boehner would destroy her future in congress:

“There were no qualified or notable campaigns for speaker within the Republican Party other than John Boehner.  Casting a vote for a candidate who has not actively campaigned and does not have the support to be speaker is an indirect vote for Nancy Pelosi, and I will not vote for Nancy Pelosi. There will be a time and a place for me to stand as a lone voice of dissension, but the vote for the speaker, is not that place.  For me to be an effective congressman over the next two years, it is important for me to be on the side of the elected speaker.”

As much as I personally don’t want Boehner as Speaker, we have to remember that during post-election organization meeting in November after Republicans won majority of both House and Senate, not a soul uttered a challenger against Boehner. That left conservatives believing Love had no backbone against the establishment and the message she promised when elected was all a lie. But Love does have a backbone. She wants to be an effective congresswoman, to help her constituents and help fight for the greater good of this country. That’s what we need to remember; we need backbones to fight for this country, to fight against the democrats out to destroy our country, not against our own party.

It’s time for conservatives to remember the movement is a respectable as a whole and finding the right time to speak out on issues against liberals like New York City’s own Mayor Bill de Blasio and not against our own.

Why did I mention Mayor de Blasio over any other liberals? Well because this is a battle as a New Yorker I choose to fight, but will speak out against his “progressive liberal” ideology with my opinions and backing them up with facts.

He was always the one battle I am willing to fight and attack nonstop, especially now that conservatives nationally are now voicing their dissent for my mayor as well. However, the way conservative are doing this is an embarrassment as a whole because it’s not helping the cause.

As much as I love the attacks on the Mayor, I wonder why now? I mean, all my conservative friends from New York have been non-stop bashing the mayor the moment he was elected in a low voter turnout election in 2013. New Yorkers have been bashing the mayor for his communist views, killing “Staten Island Chuck” on Groundhog Day, his refusal to participate in the city’s St. Patrick’s Day Parade because gays were supposedly not allowed to march with their banners, making fighting with Gov. Cuomo over Charter Schools, Universal Pre-K as his only policy priority and  – the best one – having the likes of Rev Al Sharpton, an unelected race baiter, sit next to him and NYPD Commissioner William Bratton on a press event in July, which led to the ever-growing rift between the Mayor and the NYPD rank and file.

Meanwhile, national conservatives were nowhere to be found.  Even when the Grand Jury chose not to indict a Staten Island police officer in the Garner case early December that led to continuous hatred protests on the NYPD calling for “dead cops” and the Mayor’s subsequent statement that he fears for his son’s safety with the very police that protect him, the national conservative voice was low.  It was only when two fallen officers were assassinated in their patrol cars on duty after all of the above happened that conservatives nationally became angry enough to take notice.  When they did, it was glorious.  The outcries were phenomenal and the raw emotions came pouring out. Conservatives finally understood and spoke out against the mayor, the same way New York conservative have been trying to do for the longest. The movement grew to the point that many hard-core Democrats in New York finally agreed with us for the first time.

But then the stupidity started.

Asking de Blasio to resign on Twitter is out of the question, especially coming from someone not living in New York City. A recall is out of the question because it’s not in the NYC Charter and attacking him in unnecessary demeanor is just a joke. I read in many conservative blogs that Mayor de Blasio was late to one of the NYPD officers wake. Not true. He wasn’t late for the first time. The reason was it was never in his public schedule to attend the wake for Detective Ramos. It was a last minute scheduling requested from the family of Detective Ramos for the mayor to attend.

That also brings up his attendance to both Officers funerals. Conservative kept on with the attacks that he was not invited and he should stay away from law enforcement events. While part of that is true, it is also good to understand that he is also the Mayor and the mayor does have to attend the funerals of any fallen officers. It was also a request from both families that he attends the funeral.

I’m not here to defend de Blasio, and I promise you I never will in this lifetime.  I just want to point out that Conservatives, especially from outside of NYC, are attacking this whole thing wrong. First if you are not from NYC, take a step back.  Read New York newspapers to analyze the situation–and then attack the issue. Again, time and place for everything. Have an opinion, but back with it up with real facts. Attacking without facts and you will sound just like a liberal who knows nothing.

As my father would always tell me when he was angry with me for getting in trouble because of my mouth, “I will always love you knucklehead, but you drive me crazy and I don’t like you right now, so stop and behave.”  This is how I feel exactly with many fellow conservatives. I love you guys, but you are driving me crazy with your unnecessary comments, so just stop. Take a deep breathe and remember we have other battles to fight and those battles are against Democrats not within our own. As for attacking Liberals, do it with facts. You will be surprise that they can’t defend their views.

This is politics, people – focus on the important present pictures, not the minor past details. Together, conservatives win. Apart, we are defeated.