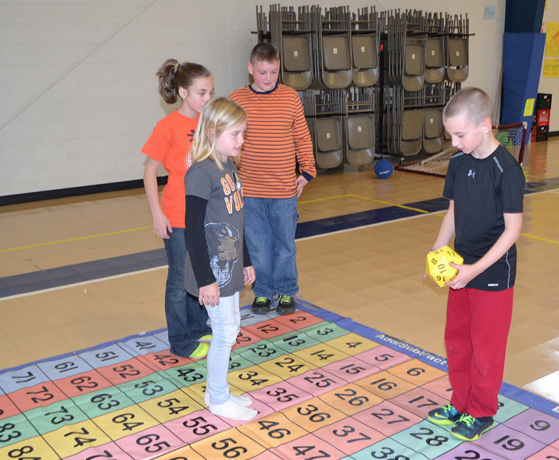 In watching the implementation of Common Core there have been some amusing stories. Some have been frustrating, maddening and some are even frightening.

Chalk this one up to a mix of frustrating and amusing.

Common Core Warriors joked a couple years back about Common Core infiltrating Physical Education classes at school. Some of us scoffed and snorted because, really, P.E.? There was a comment made during a discussion once in the Stop Common Core in Oregon group by the wife of a P.E. teacher. She said that her husband was, indeed, having to adapt his P.E. classes to include the Common Core.

I have been watching how this would play out in my town. Because I decided not to send my children back to public school this year I have been relying on the neighborhood children to tell me what was going on in school, from their “boots on the ground” perspective. I can follow board minutes and legislative actions and talk to administrators but that will glean different information than a view from the actual children.

They’ve shared information about behavior programs, punishment/reward systems, curriculum, bizarre lunches and more. They talk about PBIS programs that I had read about but didn’t know they were implementing in my district.

Now there’s a scary thought. I am pretty invested in the local public schools and attend as many board meetings as I can and am on the budget committee. Yet I did not know certain programs were being implemented.

As with most of the Common Core Standards, poor implementation plagues almost every part of it. I have read the standards and I don’t recall seeing P.E. mentioned as a class to reinforce math and English language arts. However, some principals are instructing P.E. teachers to devote a certain amount of time to both of these subjects.

Some P.E. teachers are using a better approach in that they are having kids keep food journals where they may get some ELA practice in writing and grammar. Some are using points to keep score in games as a way to bring math in.

Unfortunately, one elementary school in my town has cut P.E. time by having the children do “health worksheets” and actual essays. That’s right, instead of running the track (which was recently announced to be “off limits” for an indeterminate amount of time) or playing dodge ball, or even the dreaded square dancing unit, the P.E. teacher is now having to spend time on facilitating worksheet activities and directing the writing of essays on what P.E. class has taught them this week. They’re to be worked on in class as well as homework over the weekend. As my very astute young neighbor informed me, “I think I’ll write an essay about how P.E. taught me how to fill out worksheets on the gym floor and how strange it is to bring a pencil to P.E. class.”

It’s not as though children get copious amounts of time to be physically active at school. One local elementary school recently cut recess time, as have other schools across the nation. And this is after they had already cut recess time last year.

The whole thing screams “irony,” considering the push for eating healthier (ala Michelle Obama’s lunchroom takeover) and getting physically fit. Perhaps that may count towards ELA standards as a vocabulary word of the week?