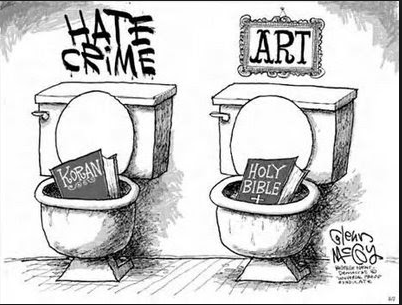 This was not the first time the satirical magazine was attacked. The publication was sued in 2013, hacked in 2012 and firebombed in 2011.

Shock artists have long used Christianity as their subject matter of choice. Few have dared to take on Islam.

Serrano’s Piss Christ photo of a plastic crucifix in a vat of the artist’s own urine and Ofili’s The Virgin Mary depicted in elephant dung before a backdrop of pornography win accolades from within the artistic community.

The Onion sells many a paper attacking the Christian Right with headlines such as “Evangelical Scientists Refute Gravity With New ‘Intelligent Falling’ Theory” and “Christ Converts To Islam.”

Though outraged and armed with threats to sue, catechumens have yet to take up Kalashnikovs and storm The Onion or the Brooklyn Museum of Art. Though to some in media circles, it is only a matter of time.

Eric Bates, former executive editor of Rolling Stone, said on MSNBC that Islamic militants massacring ten editors at Charlie Hebdo is the same as when Falwell sued Hustler for portraying him having an incestual relationship with his mother.

“So, you know, religious fundamentalists of all stripes and of all nationalities have this penchant to say ‘We want to be able to tell you what you can and can’t portray.”

The premise that the Christian Right is the moral equivalent to Islamic jihadists once reserved for hard leftist is gaining more and more acceptance by the mainstream. 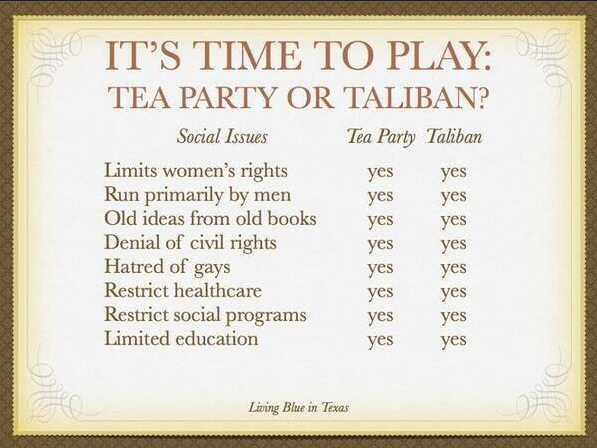 Over the holidays “Being Liberal” posted the meme “It’s Time To Play ‘Tea Party or Taliban’” chronicling similarities between the two groups.

Sadly, many friends and neighbors ‘Liked’ it. It is frightening to see moral relativism has taken root.

The inundation of partisanship has so blinded free-thinking adults that legal action against libel is equivalent to massacre, that ‘No’ votes on the Paycheck Fairness Act are equivalent to female mutilation and the Bible is seen as the same as the Koran.

I find the overabundance of faith and partisanship disturbing.

Will a REAL Conservative Ever be Speaker of the House?