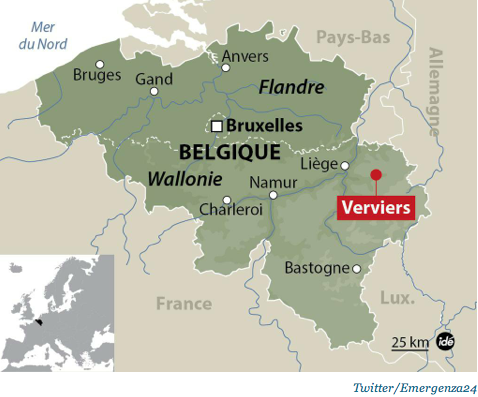 From Brussels, Belgium:  There’s a police raid in Verviers, Belgium (about an hour past Brussels, very close to the German border.  A gun battle going on, reportedly related to the Paris terrorist attack.  Reports are mixed, but at least two are dead and one critically wounded so far.  I’m not able to get full story as news is in Flemish here, of which I do not speak.

As I reported earlier today, the guns related to the Charlie Hebdo jihadist attack in France were bought in Belgium.

Homeschooling, a Religious Liberty Victory and the Power of the People.