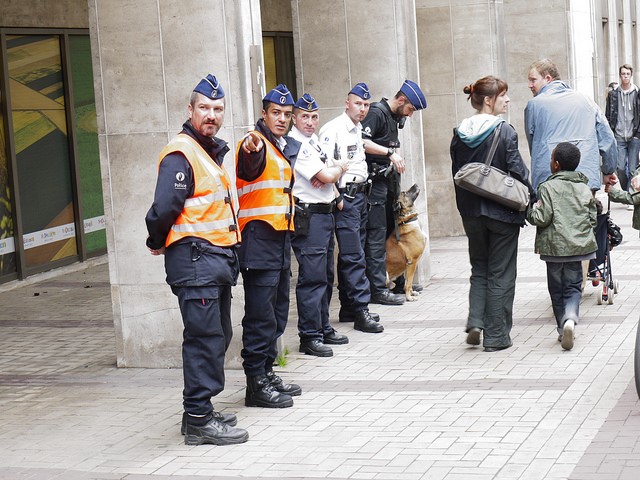 At a press conference held earlier this morning in Brussels, Belgian authorities reported that overnight 12 separate raids were conducted. The raids lead to the arrest of 13 suspected terrorists.

Authorities reported there were 2 raids in Verviers, 6 raids in Molenbeek, 1 in Anderlecht, 1 in Brussels, 1 in Liedekerke, and 1 in Berchem-Sainte-Agathe.

The arrest took place in multiple locations across Belgium. One person was arrested in Verviers, 9 were arrested in Molenbeek, 2 in Brussels, and 1 in Berchem-Saint-Agathe. In addition, Belgian authorities stated that several weapons were found at the Verviers location. The list of weapons included 4 military grade AK-47’s, 4 handguns, ammunition, and explosives.

The Public ministry also shared at the press conference that there were 2 people arrested in France, in conjunction with the overnight raids. The operation was reportedly noted as the dismantling of the terrorist cell and its logistics network. The efforts by police helped to determine that the group was about to commit terrorist attacks with the intent to kill police officers on the street and inside police stations.

The identity of the two terrorist suspects killed overnight in Verviers has still not been determined. Police continue to investigate the evidence collected and to seek any connections with other groups or individuals in Belgium or across Europe. Belgian authorities failed to confirm if these individuals were members of Al Qaeda or former ISIS fighters.

Ex-Muslim's Open Letter to America: "What Else Has To Happen So You Wake Up?!"