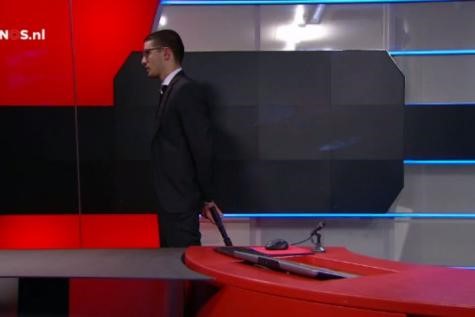 BRUSSELS, Belgium: News reports indicate that a male gunman armed with a pistol and silencer, attempted to interrupt the NOS news broadcast. The 8:00pm news was halted due to the gunman coming onto the set. He is seen in the video frame as being dressed in a black suit, a white shirt, and a dark tie. The man dropped his gun when four police officers took control of the situation.

More details as they become available.

UPDATE: The man claimed to be working with a group of hackers and other terrorist. He stated that the members had placed eight explosive devices containing radioactive materials around the country. He also claimed that 98 members of his group were prepared to commit computer attacks to undisclosed accounts.