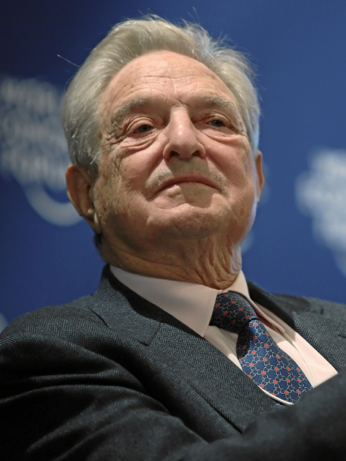 Tax filings of Soros’ Open Society Foundation, a non-profit, reveals a total of $33 million in grants, in one year alone, to established activist groups resulting in the rioting and destruction of Ferguson, Missouri. The orchestrated pandemonium was in response to the grand jury refusal to indict police officer Darren Wilson in the self-defense killing of Michael Brown.

The announcement of the grand jury’s decision was held until dark that Monday. Chaos erupted in spite of the state emergency curfew previously enforced from midnight to 5:00 AM. Violence filled the streets of Ferguson followed by gunshots, tear gas and fires.

CNN questioned Governor Jay Nixon’s judgment in the November, 2014 article, Ferguson: Why was the grand jury decision kept secret for hours? CNN senior legal analyst Jeffrey Toobin was quoted as saying, “I find this a completely bizarre decision to do this at night,” adding that McCulloch’s decision was “foolish and dangerous.”

In November, appearing on the American Newsroom, Missouri’s Republican Lieutenant Governor said he had been kept in the dark by the state’s Democratic governor on the key decisions pertaining to the Ferguson grand jury announcement.

Even though the National Guard was mobilized for more than a week in preparation for this expected chaos, it was Gov. Jay Nixon (D) who told them to stand down.

When the narrative is review in the light of the following statement by Kenneth Zimmerman, director of Soros‘ Open Society Foundations’ (OSF) in the US says,

“[OSF] has been giving to these types of groups since its inception in the early ‘90s, and that, although groups involved in the protests have been recipients of Mr. Soros‘ grants, they were in no way directed to protest at the behest of Open Society.”

“Our DNA includes a belief that having people participate in government is indispensable to living in a more just, inclusive, democratic society,” said Kenneth Zimmerman, director of Mr. Soros‘ Open Society Foundations’ U.S. programs, in an interview with The Washington Times. “Helping groups combine policy, research [and] data collection with community organizing feels very much the way our society becomes more accountable.”

The New York Times reported in November, 2104 at “least 25 buildings in and around Ferguson, Mo., were burned”. Many of those buildings housed multiple businesses. The photographs posted by The New York Times shows the extent of damage done by willful or inept governance and those who incited and participated in the riots—funded by Soro’s $33 million grants.