The eyes of the nation will be focused on Phoenix for Super Bowl weekend. But there are many families in Arizona who hope that the nation will pay attention to another major battle in the state. This battle is not between the Seahawks and the Patriots, but between innocent families and a corrupt Child Protective Services bureaucracy. At stake is a prize much more valuable than a national championship: their children.

As recently as a year ago, few outside of those directly affected had ever even heard the term Medical Kidnapping. Though many Americans had heard the Justina Pelletier story, the belief was that it was a unique, isolated incident – unjust at its core, but rare. Since that time, people have begun to realize that the Connecticut teen’s story of being taken from her family over a medical disagreement is more widespread than anybody realized.

There is more of it happening in Arizona than in any other state, as reported by the Inquisitr.

And it has been going on for a number of years. Families have been ripped apart, destroyed, and maligned as doctors and hospitals seek to assert their authority over parents. Disagreements over treatment plans, requests for a second opinion, and accusations of malpractice have resulted in CPS, now DPS, being called in to deal with uncompliant patients. Any semblance of parental rights and personal liberty have fallen by the wayside, to be trampled by an unholy alliance of judges, doctors, social workers, attorneys, psychiatrists, and drug researchers.

The latest story to come to light is the disturbing account of Leanna and Darrell Smith’s family, which reads more like a John Grisham legal thriller than a news story, involving alleged medical malpractice, a massive cover-up, psychological manipulation, sealed records, conspiracy, and state-sanctioned kidnapping. 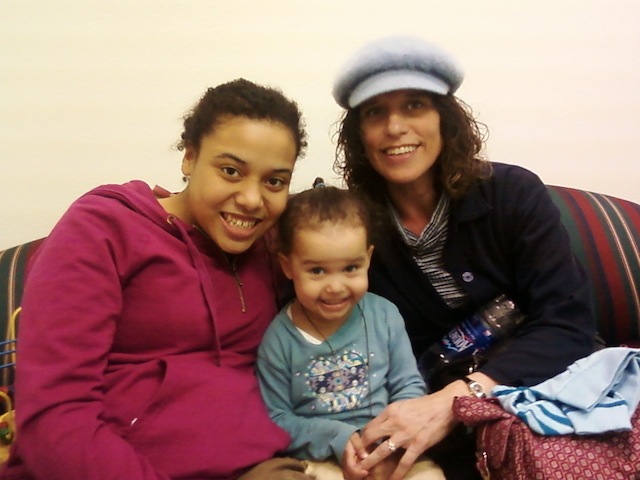 Leanna and Darrell met when Cordell was two and Chaunell was six months old. They later married, and baby Jameela was born when Chaunell was 12. As Health Impact News reports, it was later that year that Chaunell began having stomachaches and headaches, as well as blood pressure that was spiking. She began vomiting, and it got so bad that she was taken to Phoenix Children’s Hospital in November, 2006. The doctors couldn’t figure out what was going on, despite keeping her there for 25 days. She couldn’t keep any food down still, but was discharged with 14 different medications and a nasogastric tube. Despite this, the doctors told Leanna that her daughter’s stomachaches were psychological.

Her own pediatrician wasn’t so sure. When Leanna, who is a respiratory therapist by trade, took Chaunell to him the next day, he was alarmed at her stroke-level blood pressure. He directed Leanna to take her to the nearest emergency room, which was at Banner Desert Medical Center.

The doctor there, Dr. Geetha Rao, M.D., appeared unconcerned, and called Gary Silber, M.D., the gastroenterologist at Phoenix Children’s, who allegedly blamed the mother for Chaunell’s medical problems, instead of admitting that they couldn’t figure out what was wrong. He said that Leanna tended to overreact and that Chaunell’s problems were all in her head.

When Chaunell started showing signs of having a stroke shortly thereafter, Dr. Silber’s statements had apparently prejudiced Dr. Rao and the staff at Banner. Leanna’s experience working in a neurological ICU told her that her daughter was in trouble, but she was not taken seriously. Chaunell’s heart rate of 150 earned her a trip to the pediatric ICU. But despite her mother’s concerns, they merely monitored her for the next five hours, until she slipped into a coma. Finally, Dr. Imad Haddad agreed to intubate her, an hour after the 10-day coma started, a life-saving intervention that her mother had been requesting for hours.

“Self-Inflicted” Coma? Then It Gets Worse 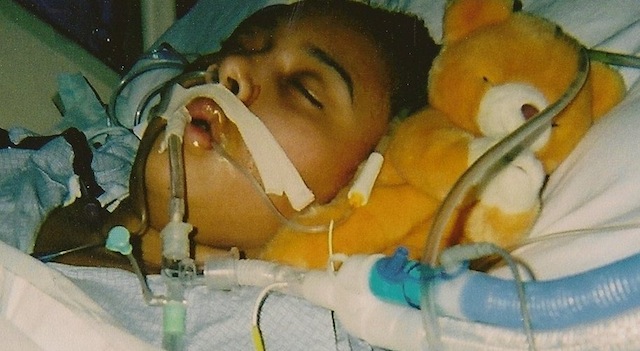 Later, Dr. Haddad told Leanna that Chaunell’s coma was “self-inflicted,” and they denied that she had a stroke, even though her medical records show that she did. They later diagnosed her with pseudotumor cerebri, a condition that mimics a brain tumor. No tumor is present but there is pressure from spinal fluid within the brain, causing similar symptoms.

Then began the conflicting recommendations over shunts in her brain, what kind, and whether or not surgery was advised. She went home for a while, but many of her memories were gone. Leanna pressed the doctors for more answers, but they didn’t have any.

Then came the day that she was sent home from the hospital with a shunt in her brain, when she couldn’t even sit up by herself – a move which Dr. Eli Newberger, M.D., a longtime pediatrician who was later consulted to review Chaunell’s records, calls “inappropriate.”

The doctors should have listened to the mom, because she had good reason to be concerned – Chaunell’s brain had herniated. According to Dr. Newberger, “This was medical malpractice over the top.”

It appears that the staff at Banner had messed up and they knew it, and reached for the most effective means possible of covering their behinds – deflect accusations by blaming the parent. Leanna was concerned about the medical mistakes they had made, and began talking about a medical malpractice lawsuit. The words of Banner Hospital’s chief medical officer, Charles Alfano, to Leanna are chilling. He allegedly told her:

“You’re not going to like what we do to you next.”

What they did next was call CPS, accusing Leanne of Munchausen Syndrome by Proxy. Chaunell was medically kidnapped on September 3, 2008, and placed in a foster home. Coincidentally, parents cannot file a malpractice lawsuit if their child is a ward of the state.

According to Massachusetts physician, Dr. Richard Sullivan, M.D., “the risk-free course for the hospital is to encourage doctors to report child abuse, even when it doesn’t exist.”

Chaunell never came home out of foster care. Her mother was never charged with a crime, and for a time Chaunell begged to come back home. There were many problems in foster care, and Chaunell was reportedly told that she would never see her family again if she complained of pain or medical problems.

According to the family’s website at LegalCrimesAZ, psychologists got involved and began what appears to be a systematic brainwashing and breakdown of Chaunell’s relationship with her family. She was given a book to read and discuss with her CPS-appointed counselors called Sickened, a story of a mother who actually had Munchausens and poisoned her child in order to gain attention. Chaunell was told that her mother tried to hurt her and that her illnesses were her mother’s fault.

When Leanne realized that, though she couldn’t sue the doctors or hospital for malpractice, but she could sue CPS, things really got ugly. In March 2010 a NAACP civil rights attorney filed a lawsuit against the State of Arizona, the doctors, and hospital for violating her civil rights by seizing Chaunell.

It was just a few weeks later when CPS showed up on her doorstep for Jameela, who was then 4 years old. Though there was not actually evidence to justify removing the baby from her home, she was placed in the same foster home that Chaunell had previously accused of being abusive in a letter written to her family.

No Evidence or Charges of Abuse, But the Children Still Aren’t Home

To date, Leanna has been investigated 8 times for allegations of abuse, reports Health Impact News, but never have any charges been filed, nor has any evidence to substantiate the accusations been found. There were hearings to terminate parental rights to Chaunell, but the case was closed “with no findings against her” one minute before she turned 18. The damage was done, however, and Chaunell’s once-close relationship with her mother has been shattered.

It has now been 4 years since Leanna and Darrell have seen Jameela. Their case has made its way up to the 9th Circuit Court, where it is awaiting appeal. Most of the records, including 1,800 audio recordings that Leanna recorded of the doctors, hospital staff, and CPS, have been sealed. According to the family’s website, “It is SEALED to protect the Defendants Criminal Activites [sic] to hide it from the Public.”

A family has been devastated because a hospital apparently bungled the health care of a child. The Smith family is another name on the growing list of families who have been systematically destroyed by a corrupt Child Protective Agency in apparent collusion with a hospital. Instead of admitting their own mistakes, the responsible parties appear to have engaged in a cruel, massive cover-up. Where will this end? Who is immune to such injustice and corruption?

As the eyes of the nation are drawn to the showdown between two football teams in the Super Bowl, will those same eyes see the massive corruption that is taking place in Arizona, and elsewhere? Who will ultimately win the showdown between families and a corrupt system of injustice in Arizona? In this contest, the victor MUST be families. For it to be anything less is unthinkable. #FamiliesMatter #ChildrenMatter