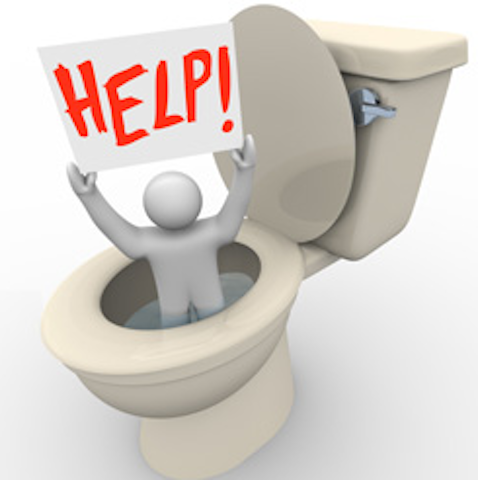 An Alabama reporter stated in a column for AL.com that he received a late Christmas present when people started emailing him copies of a Christmas letter in which the Alabama Democratic State Chair shared her adventures of falling from the toilet. Kyle Whitmire, who writes political commentary for the Alabama Media Group, questioned if it might have been an April Fools joke—but it wasn’t.

“April brought another trauma to my knees which balked when I tried to rise from my lowly 14” commode. Again, I sat for hours awaiting Wade’s scheduled arrival; however, his attempt to lift me was futile—when he pulled me up, he fell backwards and I fell on my knees again. Solution: we installed the tallest available, 17 1/2 inch commode and a pull-up bar on my bathroom wall.”

The letter can be read in its entirety here.

Regarding the potty problems, Whitmire quoted a Democrat friend as telling him:  “It’s the perfect analogy for where the state party is today. Stuck on the toilet and it can’t get up.”

Those Offensive Cartoons: Did Charlie Hebdo Really ‘Beg’ for a Violent Response?