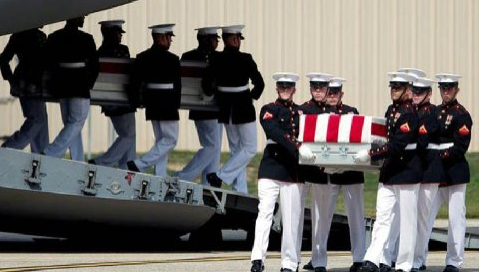 For those of us who have been closely following Benghazi since the attack in September 2012, things seem have taken a slow turn again as far as investigations and any real news from the Select Committee.

Former chairman of the House Intelligence Committee and Michigan Rep. Mike Rogers and others in our Congress and Senate seem to have more connected with Benghazi than people realize, yet those same people have been in charge of some of the investigations, when they need to be investigated.

Will we ever get to the truth about what happened in Benghazi? Does it even matter anymore? Benghazi has much to do with how the Obama administration has dealt with Islamic terrorism, the Middle East wars and our enemies who still despite his claims consider themselves very much at war with us.

The fact that there are alliances between rivals and some unlikely bedfellows concerning the growth of, and fighting against ISIS’ has much to do with what transpired in Benghazi and needs to be investigated.

Recently Jerome Corsi from World Net Daily reported on the Independent Citizens’ Commission (CCB) on Benghazi. The CCB was formed in July of 2013 in an attempt to determine the truth and accuracy of what happened in Benghazi. Some of the members include former military commanders and Special Forces operatives, former CIA and others in the intelligence and media community.

U.S Army Maj. Gen. Paul Vallely, one of the founding members told WND that he believes Select Committee Head Trey Gowdy “has received much pressure not to get to the truth, and we are now coming to the conclusion that there is no longer any intention in Washington, by the leadership of both the Democratic and Republican Parties, to get to the truth… An honest investigation into Benghazi would prove treasonous acts at the very top of the White House and the State Department, and a continuing cover-up in Congress that now involves the Republican leadership and especially House Speaker John Boehner.”

Kris Poranto, Mark Geist and John Tiegen were on the ground in Benghazi that night and have publically given detailed accounts of what they saw and experienced the night of the attack. This past December, Kris Poranto who co-authored the book 13 Hours: The Inside Account of What Really Happened in Benghazi spoke out about the House Intelligent Report which had concluded there were no failures in intelligence in connection with the attacks, and that any misinformation released after the attack was accidentally incorrect, not a deliberate attempt to mislead. Mr.Poranto and others found the report to be full of inaccuracies.

The CCB believe the purpose of the mission in Benghazi may have involved Ambassador Stevens supplying weapons to al-Qaida-related groups and others who sought to overthrow Muammar Gadhafi and later to Syrian rebels. They believe that Republican leaders are covering up the White House’s offenses because they were aware of the gun-running and they allowed it.

This evidence is supported by reports about Operation Zero Footprint and other investigative reports showing that gunrunning was going on with full knowledge of key officials including Hillary Clinton.

While the board members have confidence in Gowdy’s abilities due to his prosecutorial diligence, some wonder if Gowdy has been warned off by Republican leaders or threatened in some way.

Information uncovered about Benghazi could show definitively that our government was transferring weapons to Turkey for arming ‘rebels’ in Syria who have proven ties to Al Qaida among other known terrorists and also our government facilitated giving weapons to Al Qaida in Libya. This would prove that the Obama administration committed treason, and that some members of Congress knew about it and aided in covering up and/or hindered investigation efforts.

One of the other CCB members is former CIA career operations officer and current vice president for research at the Washington-based Center for Security Policy Clare Lopez.

In previous articles I’ve written on Benghazi, Lopez has always maintained that the operation involved shipping weapons from Libya to Syria via Turkey. In another article from World Net Daily, she explained in a CCB report, “In early 2011, before Gadhafi was deposed, Christopher Stevens came to Benghazi… his title at the time was envoy to the Libyan rebels,’ which basically means Christopher Stevens was America’s very first envoy to al-Qaida… At that time, Stevens was facilitating the delivery of weapons to the al-Qaida-related militia in Libya.”

“The weapons were produced at factories in Eastern Europe and shipped to a logistics hub in Qatar. The weapons were financed by the UAE and delivered via Qatar mostly on ships, with some possibly on airplanes, for delivery to Benghazi…”

The report shows the connections between the Libyan Muslim Brotherhood leadership and the Al Qaeda-affiliated militia, Ansar al-Shariah which was named as responsible for the attack on the U.S. mission in Benghazi.

“After Gadhafi is deposed and Stevens was appointed U.S. ambassador to Libya, the flow of weapons reverses,” Lopez noted. “Now Stevens has the job of overseeing the shipment of arms from Libya to Syria to arm the rebels fighting Assad, some of whom ultimately becomes al-Nusra in Syria and some become ISIS.”

The Road to Benghazi, Operation Zero Footprint, revealed that Obama and other U.S. and allied officials spoke openly about the possibility of sending arms supplies to Gaddafi’s opponents. Obama spoke of applying “steady pressure, not only militarily but also through these other means” to force Gaddafi’s regime to fall, and he said in an interview with ABC’s Diane Sawyer that “It’s fair to say that if we wanted to get weapons into Libya, we probably could. We’re looking at all our options at this point.”

Obama gave a similar authorization for the expansion of covert U.S. counter-terrorism actions by the CIA in Yemen back in 2009. However, sending weapons into Libya would have potentially violated an arms embargo on Libya which the U.N. Security Council had imposed on February 26th, 2011. Countries who decided to arm the rebels most likely wouldn’t have sought council approval and instead would carry out possible secret operations in Libya including covert funding, electoral manipulation, arming and training insurgents, and even encouraging a coup. U.S. officials claimed that Saudi Arabia and Qatar had also indicated a willingness to supply Libyan rebels with weapons.

In 2010, a year before Operation Zero Footprint, Qatar was considered the worst participant in counter terrorism efforts in the Middle East. It was reported last year that Qatar trained and equipped around 1800 Muslims from Morocco to fight with ISIS.

The 5 top terrorists traded for Bowe Bergdahl were sent to Qatar. Ali Al Marri, who was sent to the US by Osama Bin Laden and MSM to commit follow up acts of terror after the terrorist attacks on September 11, 2001, is the latest terrorist who was just released from federal prison for time served, who has gone to Qatar.

If the White House followed “The Intelligence Oversight Act of 1980” in informing the congressional leaders of Zero Footprint, then those who knew about it would include John Boehner, Nancy Pelosi, House Permanent Select Committee on Intel Chairman Mike Rogers, Mitch McConnell, Harry Reid, Senate Intel Chair Diane Feinstein and Saxby Chambliss.

According to the authors of the book “13 Hours,” before the attack on the Benghazi compound started, Ambassador Stevens had dinner with Turkish Consul General Ali Sait Akin. Stevens reportedly escorted the Turkish diplomat outside the main gate of the Benghazi compound to say good-bye at approximately 7:40 p.m. local time, before he retired for the evening. This was also reported in the Operation Zero Footprint articles.

We have had assets and troops on the ground training ‘rebels’ since at least 2011, and now training Iraqis in the fight against ISIS. The Obama administration knew about ISIS before the presidential elections in 2012. He lied about Intelligence which warned of ISIS when he called them the JV team, and now with Iran working closely in Iraq, Obama’s been negotiating with Iran about fighting ISIS and also their nuclear ambitions. Just last week Obama warned Congress not to set new sanctions against Iran.

Under Obama’s leadership, the Middle East powder kegs are exploding. Benghazi seems to have been one of the first to blow. Four Americans died, two of which were former US Navy SEALS trying to protect fellow Americans. Others were severely wounded, and the administration lied since day one. Ever since, our government has put our military men and women and our Special Forces in grave danger by arming the same terrorists we have been at war with. That is treason.

The latest Select Committee hearings were held this past week to discuss the facts surrounding the attacks on the Benghazi Mission and Annex.

Trey Gowdy remarked in a press release on Jan.14th that “The Department of State provided new information to the committee and answered questions raised by committee members… The committee is continuing its probe into all aspects of Benghazi and is currently focused on ensuring access to all first-hand accounts from those on the ground that night. This process will be ongoing and in some respects must remain classified.”

He added that most of the committee’s work will have to be done in classified closed hearings but he still plans to hold more public hearings as well.

Benghazi still matters. There are still questions which deserve answers.

Why did Obama and his Administration lie for over a month, blaming the attack on a video? Who gave the Stand Down orders, and why was no CBA given? Why are the accounts from whistleblowers not matching up with those of Washington insiders and why were their accounts omitted from official reports? Why is there a cover-up and who are they trying to protect from being accountable?

If these and other questions are answered, treasonous acts by the Obama administration will finally come to light.