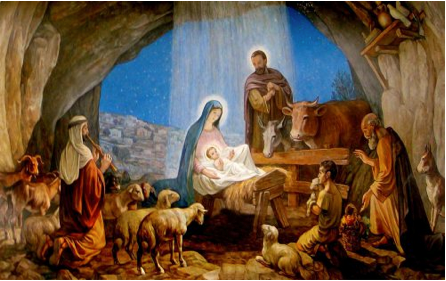 Every year about this time, it happens. I’m talking about the war on Christmas. Not only is it a time for the hustle-bustle, celebrating, cookie baking, and gift exchanging, it is the time when the easily offended become outraged by nativity scenes and all things Christmas. Who knew that 8 pound 6 ounce Baby Jesus could be so offensive?

It’s all over the country. You have the secularists and humanists who are wanting to take Jesus Christ out of His birthday and they’re wanting to deny He ever existed and take His name off everything.

Just recently, a Minnesota courthouse banned red poinsettias because someone claimed it a Christian symbol.  Even Santa Claus got the boot from a Cambridge school, simply because he’s a popular symbol of Christmas. The largest school district in Maryland also voted to strip religious holidays after Muslim leaders complained.

Unfortunately, in our ‘politically correct’ society, one squeaky wheel gets all the oil these days. And, the very religion from which this nation was founded gets the ax.

Except in Brookville, Indiana, where the town refused to give in to the atheist bullies. The conflict began with a nativity scene that had been put around the courthouse’s flagpole by the local firefighters every year for the last 50 years. The Freedom From Religion Foundation (FFRF) in Madison, Wisconsin, reportedly sent Franklin County Commissioners a stern letter telling them their annual nativity violates the separation of church and state.”

While the First Amendment does not even mention separation of church and state, it DOES state that: “Congress shall make no law respecting an establishment of religion, or prohibiting the free exercise thereof; or abridging the freedom of speech, or of the press; or the right of the people peaceably to assemble, and to petition the government for a redress of grievances.”

That’s why the town decided to fight back.

Contrary to what The Freedom From Religion Foundation (FFRF) believes, the First Amendment does indeed, allow for the nativity display.

McDonough also gave some advice to other towns being bullied by groups like FFRF:

“Stop letting them bully you. They go around threatening to sue municipalities, other government agencies if they permit any type of religious display…They use the misconceptions about the separation of church and state to make everyone afraid of getting into the middle of a lawsuit, when the Constitution does protect you.”

Franklin Graham said, “I think it’s time that Christians write their politicians and stand up to defend their rights because if you don’t, we’ll lose them.”

He’s right. This is certainly no time to sit back and be quiet.

However, here’s the thing: Even if the thin-skinned atheists are indeed, successful at eliminating all things Christmas from our nation, it still will NOT change the fact that Jesus is God’s greatest gift to ALL mankind, including them. All people matter to God, and Christ’s love for us prevails no matter what. They can take Jesus out of the public eye, but they can’t take Him out of our hearts.