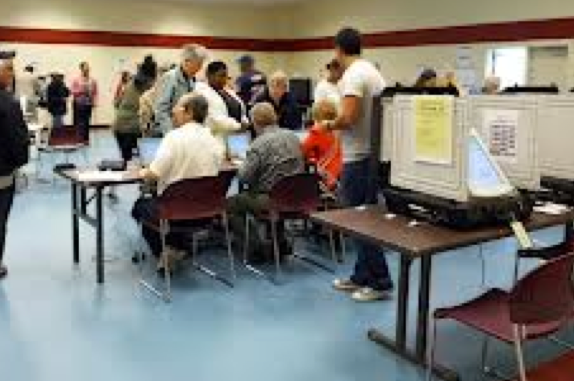 The low voter turnout in California’s midterm elections presents a golden opportunity for conservatives to influence state and local politics through the initiative process. Because the number of signatures required to qualify an initiative for the ballot in California is determined by the number of votes cast in the midterm elections, the recent low turnout makes it easier to qualify government-limiting, tax-cutting initiatives over the next four years. Presented correctly, these coming initiatives could invigorate discouraged conservative voters and drain bloated bureaucracies.

Local grassroots groups are already organizing strategies to bypass the Democrat Party’s far left stranglehold on California politics. For example, TeaPAC, a grassroots tea party organization in Pasadena, California, is organizing initiative campaigns in cities to cut certain local taxes and, in the process, “suck tens, even hundreds of millions of dollars out of the system.” It would also force Democrats and, indirectly, unions “to defend against dozens of efforts to repeal local taxes”, which in turn would divert their time and money from local, state and national political campaigns.

How political groups exploit 2014’s low voter turnout in California will impact both national and local campaign spending in coming years. By qualifying government-limiting tax relief initiatives in California, conservatives can reduce critical campaign funding to Democrat candidates nationwide. In short, California’s role as a national ATM machine for Democrats would be crippled.

Just think what would happen, politically speaking, if conservatives qualified local tax-cutting initiatives in Los Angeles County and state-wide initiatives for right-to-work or school choice? Liberals and unions would be forced to spend heavily to defend existing high taxes and preserve existing leftwing institutions, thereby diverting their time, energy and money from national offense to local defense. Such conservative waterboarding of liberal programs in government would occur regardless how any particular initiative fares at the ballot box.

No single local tax repeal can alter the political landscape; however, multiplied enough times the cumulative effect can be powerful. TeaPAC’s guerilla warfare tactics on local taxes combined with selective advancement of statewide initiatives with broad appeal do not depend on candidates’ promises or character. They bypass the cult of personality and instead target the heart of the political process – the money.

Why Does Al Sharpton Have So Much Influence in the White House?

No Religion in School—Unless You're Buddhist?