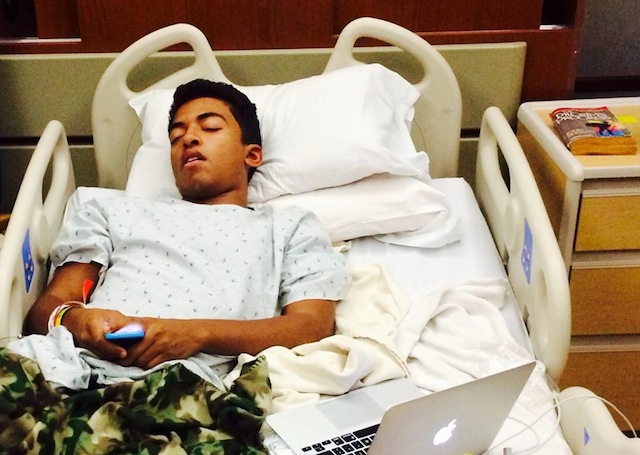 A 17-year-old Missouri boy was drugged, transported, and is being held captive in Illinois. His mother is fighting for his freedom, but this was not any typical abduction. Isaiah Rider has been medically kidnapped by child protective services. It is a story that reads much like that of Justina Pelletier, the teenager who was seized by CPS and Boston Children’s Hospital. Isaiah Rider’s story is every bit as unjust, and his basic human rights continue to be violated.

His mother, Michelle Rider, is praying for the judge to see what is really going on and to render a just judgment in court on Monday. Their case is desperate.

“My son has been through so much. He needs saved from the system.”

The charming boy with a winning smile has a rare genetic condition called neurofibromatosis, which causes him to have painful tumors on nerve endings. But the very people who were supposed to help him have caused Isaiah more hurt that he ever could have imagined. Health Impact News has been following his story from the beginning, and has published a number of articles about Isaiah’s heartbreaking story on their Medical Kidnap page. 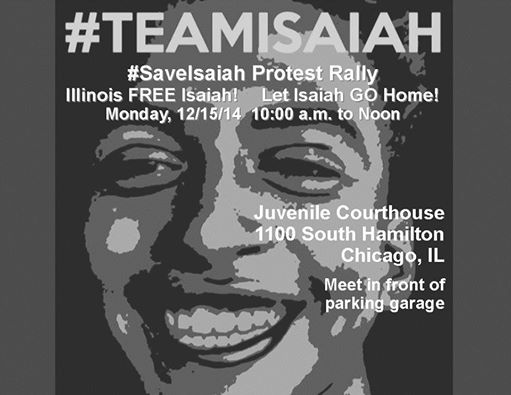 They took him away from his mother, his biggest advocate. She is only allowed to see him under DCFS (Department of Child and Family Services) supervision. Her only crime is to fight for her son – which is what any good mother would do. The Riders have been heavily punished because she dared ask for a second opinion, and tried to transfer him out of the hospital that told him that his symptoms were all in his head.

Isaiah has a rare genetic condition called neurofibromatosis, which causes him to have painful tumors on nerve endings. But the very people who were supposed to help him have caused Isaiah more hurt that he ever could have imagined.

They took him away from his mother, his biggest advocate. She is only allowed to see him under DCFS (Department of Child and Family Services) supervision. Her only crime is to fight for her son – which is what any good mother would do. The Riders have been heavily punished because she dared ask for a second opinion, and tried to transfer him out of the hospital that told him that his symptoms were all in his head.

After spending time in a foster home in a Chicago ghetto where he suffered horrific trauma, including having a gun held to his head, advocates were able to get Isaiah back to his home state of Missouri. He grandparents were allowed to become his foster parents, but he was not permitted to go home with his mother.

Just before Thanksgiving, Isaiah began having seizures and intense pain, which let to him being hospitalized. Illinois DCFS stepped in last week, sending an ambulance to transport him back to the city where so much trauma had already occurred for Isaiah. Despite his and his family’s strong protests, DCFS insisted that he return to Illinois.

He was forced to go, against his will. He recorded a video on his phone pleading for help so that he wouldn’t be taken to Illinois.

His grandparents were threatened and told they would not be allowed to see him if they stood in the way. Isaiah was heavily drugged to ensure his compliance as security guards escorted him to the ambulance.

When he arrived at the University of Chicago’s Comer Children’s Hospital, he found that he was being treated as a prisoner, complete with security anklet. When his pastor tried to visit, they were told that only clergy that has been approved by DCFS may visit him – a clear violation of his religious liberties.

Illinois DCFS (Department of Child and Family Services) has told him that his pain and seizures were all in his head and that his mother was the cause of his problems. His mother, a nurse by training, has been falsely accused of medical neglect because she advocated for care for her child. When the doctors couldn’t help him, she wanted them to find someone who could.

For that, her son – who has already suffered tremendously because of his chronic illness – was taken away from the person he loves the most, his own mom. He endured horrible abuse in foster care and continues to suffer, because of his continuing illness.
He asked me to tell people that he is very sad, and he misses his mom. He wants to have his freedom restored and to be reunited with his mother.

Michelle and her attorneys have been in court twice this week in Chicago fighting to get him back, and their final court date is Monday, December 15.

Isaiah does not believe that his guardian ad litem has acted in his best interest, and he told me that he fired her months ago. Yet she continues to represent him. The judge has denied a motion for a new attorney for Isaiah, an attorney who was willing to step in and advocate for him.

On Tuesday, the state’s assistant attorney brought an emergency motion in court to remove Isaiah’s grandparents as foster parents. She reportedly backed down when she realized that there was not support in the courtroom for that move. Attorneys for the Rider family called her actions “contradictory.” Was it an emergency, as she originally stated, or was it something that didn’t have to be litigated at this time, as she said when she tabled the motion.

A social worker told members of the defense team that DCFS originally planned to have Isaiah transferred to Luries Children’s Hospital, but Luries refused to allow the transfer. Instead, he was taken to Comer Children’s Hospital.

DCFS continues to have greater influence over Isaiah’s medical care than the doctors themselves. Reportedly, physicians at Comers ordered a change in medications for Isaiah on Monday. Yet, they had to await permission from the Child Protection agency before the medications could be changed. That didn’t come through until late Wednesday.

Social workers, untrained in the medical profession, now somehow have the ability to dictate medical treatment, over what the doctors prescribe. No one involved with the case has figured out how that has been allowed to happen, unless it is just to be chalked up as just another example of DCFS acting as though they are above the law. Apparently, laws mean as little to them as the Constitution does to some members of Congress.

Isaiah’s situation is desperate. In answer to the question that many have asked, won’t this end soon when he turns 18, the answer is no. According to the laws of his own state, Isaiah could make his own decisions even now and be considered an adult. But Illinois has custody of him. In that state, because he is a medical ward of the state, they can keep him prisoner until he turns 21. With the kind of unmitigated pain he has been in recently, without real relief, that may be entirely too late for him.

A ruling is expected Monday. Advocates for the Rider family are holding a rally on Monday from 10 am till noon at the Cook County Juvenile Court at 1100 South Hamilton, Chicago. It will be held in front of the parking garage. The public is welcome and encouraged to attend the “Ruling and Rally for the Riders.” Parents, patriots, and concerned citizens are invited to make your voices heard as you speak up for Isaiah, and for liberty and justice.

Calls may also be made to the Choctaw tribe at 800-522-6170. Michelle Rider is a card-carrying member of the Choctaw nation, and the tribe has the authority to intervene on Isaiah’s behalf.

Michelle has asked for praying people to pray for eyes to be opened and justice to happen. If that happens, she says, then Isaiah will be returned to her care.

It is a sad day in America when a mother cannot question doctors or advocate for her own children without fear that they will be kidnapped by the state. Yet that day is here, now. It is time for us to fight back. If they can get away with such blatant injustice with Isaiah Rider, what is to stop them from doing this to any other innocent family in America?

Strange Houses I Have Lived In