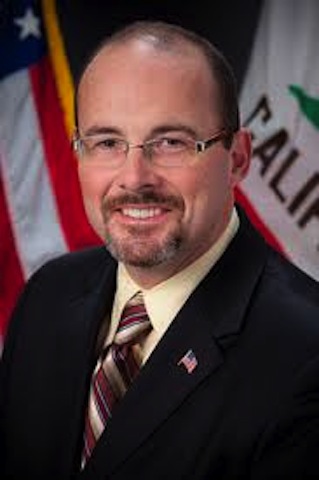 Tim Donnelly, a Christian, devoted family man, Constitutionalist, a loyal American to the core and one very valued statesman—the California State Assemblyman for the 33rd District will soon leave the office he’s held for two terms.

Founder of California’s Minutemen, Tim took to the national stage when he announced on November 5, 2013, that he would run for Governor of California. One of a handful of California Conservatives in the California State Capitol, Tim lived up to his campaign slogan, “Patriot Not Politician” and received unanimous endorsements from across the state.

We will miss Tim being a part of the California legislative process. Not one to ever back down, he is a fierce proponent of the Second Amendment, and an outspoken critic of illegal immigration. Despite the Democrat super majority in the state legislature—Tim never gave up—always a staunch supporter of our rapidly fading civil liberties.

Tim’s patriotism took a couple of slaps in the face from Republicans in the Beltway who are only interested in saving the Republican Party, not our Republic, but in the spirit of our 1700’s American Revolutionaries, Tim continued to march forward.

Hopefully, we have not heard the last from him. I think D.C. needs another Trey Gowdy? How about it, Tim?

(Thank you for the tribute video, Pastor Jack Martin!)

Should Al Sharpton also be investigated for extortion?

What the Republicans Should Do With Obama’s Illegal Executive Order