This past week in the NFL we have seen former Baltimore Raven’s star, Ray Rice win his appeal to be reinstated. Rice is a free agent and will be eligible to play in the event that a team will take the risk and enter into a contract. So far, there has been no word from any of the teams jumping at the opportunity to sign him up. My hope is that if given a chance to play again, that he will take the opportunity to raise awareness for domestic abuse, get the treatment and support he needs and somehow move forward in a positive manner.

Michael Sam, the first openly gay player, is speaking out against the NFL, claiming that the only reason he isn’t playing is because he is gay. Sam was cut from both the Dallas Cowboys and the St Louis Rams earlier in the season. Mr. Sam, excuse me for being blunt, but had you not felt the need to make an issue of your sexuality, then we wouldn’t even be having this conversation. Personally, it matters not to any of us if you are gay or not. Being gay has nothing to do with your ability. Gays and lesbians have graced the sport’s world for years. Martina Navratilova, Brian Boitano and Greg Louganis were all popular sports figures who enjoyed success and were loved and supported by their many fans. They kept their sexuality out of the limelight. We knew of their sexuality, but it didn’t matter. We didn’t focus on that and neither did they. They were only there to play the game. It is hardly fair for you to throw your “gayness” out there, and then complain about it later when you are out of a job. 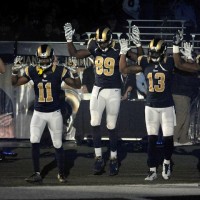 Did you see the video of the St Louis Rams when some of their players entered the field with their hands in the air? Apparently, this was a show of support for the Ferguson protests. Personally, I was outraged. Granted, I’m not a Rams fan but neither were they on my list of teams I love to hate. However, this action should not go unnoticed. I’m all for standing up for what you believe in, but there is a time and place. Fans like me enjoy watching sports mostly as an escape from all the other issues facing us today. We set this time aside to get away from our problems, away from politics, the news, the economy and our jobs. As if we didn’t get enough of the Ferguson coverage, we get to see it again on a football field. First of all, all the evidence and testimony shows that Michael brown did not even have his hand up. But that isn’t the worst to come out of this as all of those players enjoy the security of armed officers that escort them to and from the stadiums and their cars. What a blatant disrespect to the law officers that protect them. What about the local business owners that lost their businesses in these riots? What about those fans? And now Jesse Jackson is calling for the Seattle Seahawks to do the same when they take the field in their next game. Don’t you dare Seahawks. Keep the politics out of it. 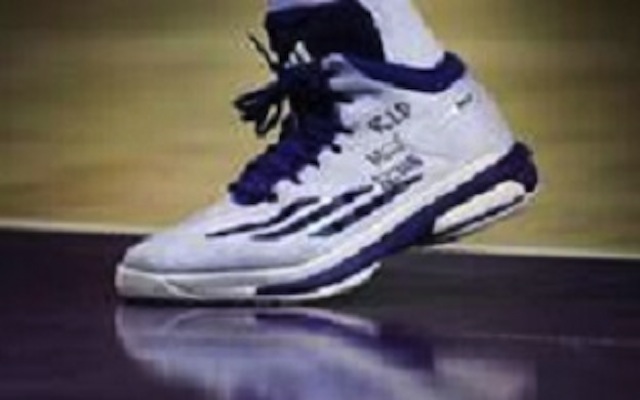 And in NBA news, once again the Ferguson story is front to some of the high profile players as LeBron James weighed in stating, “It’s a sensitive subject right now. Violence is not the answer and retaliation isn’t the solution. As a society, we just have to do better. I pray for the families of the lost ones.” James’s comments drew praise from former NBA player Magic Johnson who also weighed in stating that, “[Athletes] have to get involved socially. They have to because it affects them too. And it affects their families. They grew up in these situations; they must not forget that.” And to both of these men I say yes. Get involved. That is fine. I commend them for not advocating violence. But please get your facts straight and keep it classy if you take it on the court. For example, Sacramento Kings player Ben McLemore, sported “RIP Mike Brown” on his sneakers in last Sunday’s game against the Memphis Grizzlies. Although McLemore’s intent may have been in support of the Ferguson protests, it was not flagrant like the hands up maneuver demonstrated by some of the Rams team mates as they took the field before a game. Brown’s death was tragic, and we all pray for him to rest in peace. But not all in the sports circle support the Ferguson protests nor do all of them think that Brown was innocent in the circumstances that led to his death. Charles Barkley for instance, stated this, “I’m not saying who is right or wrong, I’m just hearing the true story that came out of the grand jury investigation… let me just say this. I think that we, we – I know I’m black, but I’m going to try to always be honest and fair. We have to be really careful with the cops. If it wasn’t for the cops, we’d be living in the Wild West in our neighborhoods. We can’t pick out certain incidents that don’t go our way and act like the cops are all bad. — Like I say, I don’t know what happened in Ferguson, nobody knows what happened. I want to take the time as a responsible person [and] read the grand jury statement.” Kudos to Barkley for that one. I encourage all to do the same. Now let’s get back to the game. 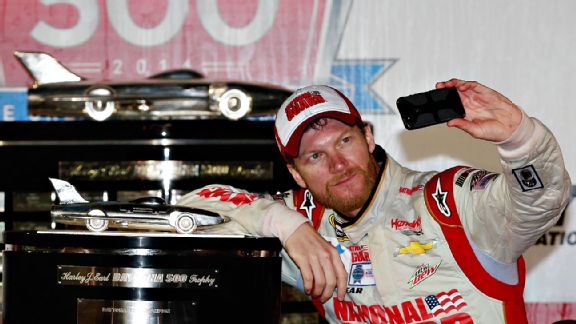 And the winner is… Dale Earnhardt Jr., as Earnhardt wins NASCAR’s most popular driver making this his 12th consecutive win. Earnhardt credited Twitter for helping him with this achievement stating that “it is just full of these fans, ’I voted,’ ’I voted.’ That was probably the most humbling experience. I got to know my fans in a whole new way this year.”

On this day in sports history, December 6, 1960, Gene Autry (the singing cowboy) and Bob Reynolds were granted the Los Angeles baseball franchise by the American League. Autry would name the team the Angels, and their first season was to be played at Wrigley Field in the year 1961. In 1962, they moved over to Dodger Stadium and shared it with the Dodgers. In 1966, the Angels would find their home in Anaheim, which is where they remain to this day.

And now for a blast from the past. Enjoy this clip from the 1989 movie, Major League. That pitch was “just a bit outside.”

Nevada PolitiChick Ruthie Thompson moved to Reno, NV at age 19, married, had two children, divorced and spent many years as a single mother. She continued to follow the political world closely and started engaging in grassroots activities, volunteering at the local GOP HQ. She has volunteered for many campaigns, working events, knocking on doors, making phone calls and attending political rallies and Tea Parties. Ruthie traveled to DC for the 9/12 rally and even to southern Nevada for the Showdown at Searchlight, home of Harry Reid. She attended the Leadership Institute in Arlington, VA where she studied every aspect of running a successful campaign--but her true passion is writing. You can follow Ruthie on Twitter @ruthie2theright, Pinterest http://www.pinterest.com/ruthiethompson1/ and Google https://plus.google.com/u/0/117615692833169125740/posts, Facebook https://www.facebook.com/ruthie.thompson1

Do You Still Believe?

Daniel Greenfield: How to Make Your Own Race Riot