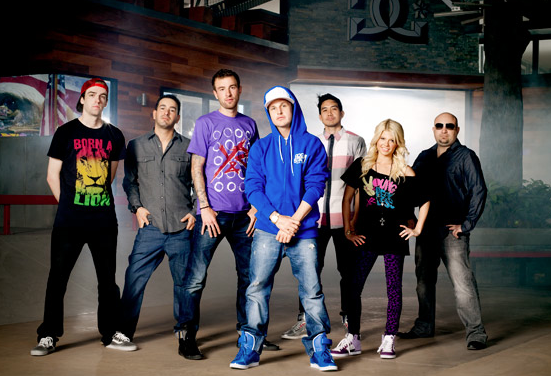 The return of Fantasy Factory is unsurprising as Dyrdek signed a multi-year contract with MTV back in June, “ensuring an extended stay” according to the Hollywood Reporter. “Under the deal, Dyrdek will develop a new pilot for MTV, in addition to continuing his current shows. Rob Dyrdek’s Fantasy Factory, which was originally supposed to end its run after the sixth season (MTV issued a release last September announcing the end), is being brought back for a seventh season,” says the Hollywood Reporter.

I realize that there is a lot of negativity directed at MTV, and I would agree that the majority of the programming is garbage. However I think’ Dyrdek’s shows are an exception to the rule; they’re not perfect but I feel the positives far outweigh the negatives and the shows are well worth watching. I’m not a parent, but if I were I would not only let my kids watch it, I would want them to watch it!

Fantasy Factory portrays Dyrdek as a kind, compassionate, generous, caring, genuine, and humble individual. These are all rare qualities in a celebrity, particularly humility. He’s one of the few celebrities that I actually respect and look up to. Before you dismiss me as simply a star struck fan, I recently wrote an article for another website regarding the downfalls of celebrity worship. I realize that this is a reality show, and reality shows generally have little connection with reality, but there is something about Dyrdek that makes you believe he is being 100% real. When you watch his shows he gives off this vibe that he is the same man on and off camera. However there will always be a doubt in the back of my mind until when and if I get the chance to see this for myself. So it’s possible that Dyrdek is just a really good actor, but I somehow doubt that.

Lastly, before you dismiss Dyrdek as simply a reality TV star, he’s so much more. Dyrdek is a pro skateboarder and the founder of Street League Skateboarding. In addition he’s a highly successful entrepreneur and businessman whose name is associated with hugely successful brands such as DC Shoes (who is celebrating their twenty year anniversary), Monster Energy, IVI Vision, Loud Mouth Burritos and many more.

If you’ve never seen Dyrdek’s shows I encourage you to tune into to MTV at 10 PM EST every Thursday starting New Year’s Day, for the premier of Season 7 of Fantasy Factory followed by Ridiculousness at 10:30 for what has been affectionately dubbed “Double Dyrdek Thursdays.”

I know the fans of Dyrdek all have the same question on their mind. Is Season 7 truly the last season of the show? I know all the fans are hoping and praying for Season 8. Will we get lucky again? We shall see.

Change Your Thinking on the Role of Government‏

The New Year & Your Health…Part 3