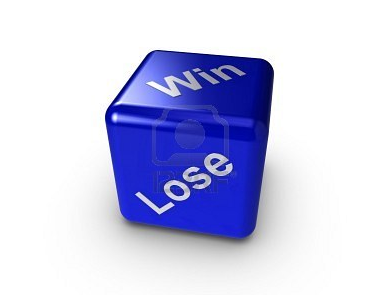 Well folks, football season, Christmas vacation, and ringing out 2014 are not the only things in full swing. The Beltway Types have had their donkey and elephant shaped dip/chip platters out since this past mid-term election.   Those election night tallies have Liberals putting well-placed tissue boxes and hurl buckets out, too, all in anticipation of the next electoral returns coming the first Tuesday in November, 2016.

I know this is hard to fathom for people who would never read a political piece, listen to talk radio or watch CSPAN for fun, but a Presidential run is a big deal in my circle. So since they are not reading this anyway, “Can we talk?”

Americans who run for President bring all they have to the political landscape, the good, bad, ugly, and in between. They hire writers to illuminate their ideology with a string of words that will create a speech to capture the soul of the country at our National Conventions. Then whoever is the winner will bring their humanness, their history, their assets, flaws, liabilities, family, and pets to the White House steps, then move in.

As Human Nature will have it we most often will not appreciate every single aspect of a candidate’s life, because being flawed is innate in our makeup. But someone has to lead. Someone has to do the job.

Word has it that about half of the country votes and of that half, we vacillate between 48-52 % back and forth between conservative and liberal in the voting booth. Landslides victories for either side are an anomaly not the norm and third party nonsense throws elections from their natural course from time to time.

The other half of the country stays home and complains. When these flaccid citizens do vote they swing it to the right, every single time.

With the hard line drive of President Obama as he socks it to us these last two years in office, conservatives are trying to get an early lead for 2016 …and keep it. But we need a candidate. We need the candidate that can win. And as the expected banter begins amongst conservatives so far, it is not pretty. My political friends, allies, and colleagues are in snarky mode and 2016 is not the election for eating each other alive. I remember a time when loyal party members kept their mouths shut and supported the candidate of choice, because solidarity is the way to win and liberal idiocy at bay. Because really, if our base is not a united front from the get go for 2016 how in the world does any conservative stand a chance to win? They do not. This is what got us into trouble in the first place with the second Obama inauguration. The party factions over Governor Romney and his religion absolutely kept our base from the polls.  Shameful.

Neither hell nor high water would have stopped the ‘King’ from being anointed after President Dubya was in office for two terms but factions most definitely prevented President Obamas ousting in 2012. If ever there was a man that should have been a one timer…it is the guy flying around in Air Force One.

Like any Political Junkie I, too, have my favorite names out there in ‘I Want to Be President’ Land. My particular un-favorite name is New Jersey’s beloved Governor Chris Christie and his arrogant sloppy character, but even then I would hold my nose, take an airsick bag, and vote for him, over Senator Hillary Clinton.

I love all of the Bush politicians but cringe every time I hear Governor Jeb speak about Common Core education. Still, I am a Floridian and he was a good conservative Governor so of course I would vote for him, if nominated.

Senator Marco Rubio was my professor at FIU and I completely endorse his sincerity, smarts, conservative ideology and ability to lead and would proudly vote for him, over Clinton.

I love former Governor Sarah Palin despite that silly accent and would vote for her with red, white, and blue bells on.

And I have been a fan of Governor Romney for many years. I campaigned for him, have met him several times and despite his flaws, think he is a good man and would make a wonderful President so of course I would happily vote for him once again, over Hillary.

Nothing and no one will keep me from voting for Senator Clinton’s opposition. I keep mentioning Clinton as the presumed Democratic nominee. But who knows what will happen. I am sure she is still in shock that her name is not on the Oval Desk as we speak. Who knew?

Dare I speak about the good Senator from New York and the fear that keeps her up at night?

What if the First Lady is to decide eight years in the fancy crib on Washington Avenue is simply not enough? I know I know. One shudders to think.

As these last dreadful months of the historical reign of President Barack H. Obama painfully saunter by you can bet your sweet bippy even the fence sitters and swing voters already know they are headed right of the midline come November 2016. And Conservatives and Republicans already know they want to return a leader to Washington who believes in the words of our framing Constitution and will serve to protect this document and our intended way of life.

United we stand divided we fall is applicable all the way around in the political arena. The United States is falling apart right now because conservatives were not united, in 2012. Once the primaries have passed and the candidate is on the table, any of you die hard stubborn types really need to put it aside in the voting booth, next time around.

And although we the people are counting the moments until his bags are packed and he is ready to go, we will only usher in another historical Liberal, unless Conservatives at every level are cohesive in the voting booth.

How does it feel to be an American now?  I will tell you, it feels like the color has drained from our flag.

United we win and fractured we lose and we all fall.

Do you want to win or not?

James Patrick Riley: The Sexy Side of "It's a Wonderful Life"

"The Interview" (A Creatively Interpreted Movie Review): 5 out of 5 Stars