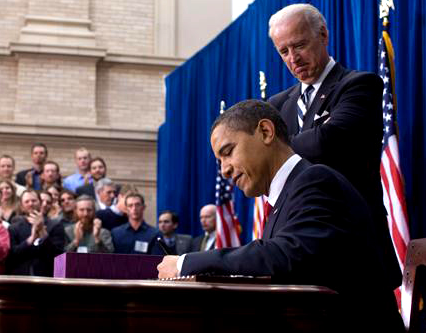 For years President Obama has been saying he does not have the power to grant amnesty to illegal immigrants. So what changed?

Although he will not publicly admit it, the 2014 election was a resounding vote of opposition to his policies and the direction our country is being taken under his administration, especially his push for comprehensive immigration reform.

President Obama knows once the newly elected Republican led Senate and House members convene in 2015 they will not pass a comprehensive immigration bill he would sign, which is why he issued this executive order.  This was an act of defiance against not just Congress but against the American people.  In reality, this executive order has not changed anything. Our borders remain open and hundreds of thousands of illegal immigrants from around the world are crossing into America. They know they will not be deported and will be given free housing, food, clothing, and medical care.

In his declaration, President Obama was correct in saying that rounding up and deporting the millions of illegal immigrants in this country is not practical.  He said that by issuing this executive order he was being fair and just to those who have been living in the shadows and he was giving them a chance to get right with the law.

What should the Republicans do now? They should put forth a bill building on this executive order. President Obama said he would increase funds to secure the border to prevent further illegal crossings and speed the return of those who do cross the border. Republicans can and should incorporate this in their bill.

The bill should provide for the speedy deportation of newly arrived illegal immigrants and those with criminal records.

These should all garner bipartisan support since they all reiterate exactly what President Obama put forth in his executive order.

However, in addition to affirming these immigration policy reforms, the Republicans should include an additional mandate. They should appeal to the immigrants who have waited for years to come here legally, and to every American citizen whose hard earned tax money will be diverted to pay for this illegal “amnesty.”  They should make it clear that those who came into this country illegally will not be rewarded with a path to citizenship. Although they will be given permission to stay and be issued work permits under this executive order, they should never be permitted to become American citizens unless they leave the country and apply through the proper legal channels to do so.

We know the goal of the left in granting amnesty to illegal immigrants is to create a new voting block of millions of voters who will vote for Democrat candidates.  The Republicans can stop this by not allowing them to become citizens.  Let them work here legally, come out of the shadows, and take advantage of the opportunities available to them. They should not be rewarded for their crimes by being given a special path to citizenship.  This is fair and just, not just to the illegal immigrants, but to those of us who are American citizens by birth or who went through the proper legal channels to become American citizens.

President Obama will never sign such a law, but the Republicans can appeal to the American people and expose the real purpose of his executive order, which is to gain millions of new Democrat voters in order to advance his party’s progressive agenda. It is purely political and has absolutely nothing to do with fairness, justice, or compassion.

VIDEO: "Mary Did You Know"