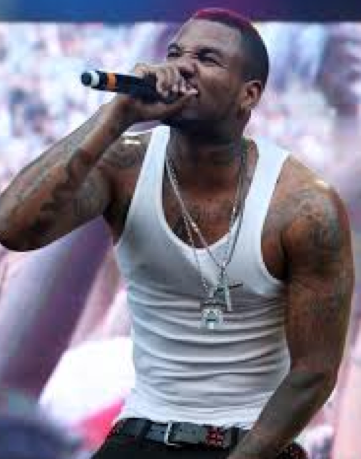 The rapper Jayceon Taylor, aka “The Game”, took to social media to try to justify insensitive comments he made on Twitter concerning the execution style killings of NYPD officer’s Rafael Ramos and Wenjian Liu.

On his Instagram account, the rapper explains his rationale for such a callous post.  In the wake of raw emotions, Taylor based his decision to post the now infamous tweet on a picture found on social media. Three pro-NYD demonstrators wearing shirts that say “I can breathe” during a demonstration seemed to anger Taylor who falsely implied these men were police officers. Taylor believes the picture is yet another example of misguided support since he suggests that experiences in his life of being racially profiled and harassed as a young black male resonates with his followers who valued his opinion.  Taylor claims that tweet represented that “all lives matter” but as you can see, that hashtag applied to the tweet itself did not seem to convince the large number of people offended with his choice of words.

Empowered by the backlash from his choice of words, Taylor went on to rant from his Instagram account:

SO WHAT NOW… Do police KILL more civilians ??? Or do civilians KILL more police ??? Y’all can’t see what’s happening to our country ? Or all YALL still too focused on an iPhone app to get off of it to take a REAL LOOK AROUND ??? & you ask me, do I like police: NO !!! Do I hate police: NO !!! Have I experienced more police abusing their authority than not: YES !!! So that’s why “I” say F**K THE POLICE !!! That’s “MY OPINION”….

Seems Taylor had no problems expressing himself when he collaborated with other rap artists in a song called “Don’t Shoot”. Here is a verse from that song:

Martin Luther King had a dream!
But they ain’t respecting Jesse up out here
And they don’t really respect Obama out here
Lights out, go dark it’s like a nightmare
How the f**k you play the game, but they ain’t playing fair
It’s going down, armageddon right here
Right now, not on TV, but right here
Put your flags in the air if you don’t really care (Wave it)
We need justice, yeah, we need justice here

In many minds, Taylor and the music he has made millions off of, represent a part of the black culture that supports violence against police written in their music and displayed on music videos.  Instead of being consistent and insensitive, maybe Taylor could have used his influence and name to make a more positive statement and denounce the violence against officers and talk more about individual accountability.

Click here to help show your gratitude for the brave men and women who put their lives on the line with our PolitiChicks Gratitude Campaign.

An Open Letter from an Officer’s Daughter to Police Protestors