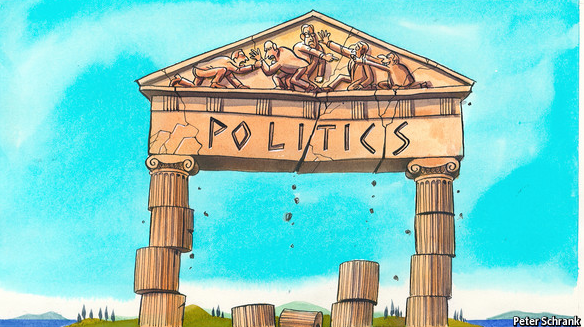 Two days before Thanksgiving, I had my 77th birthday. It was a surprise to me as I did not feel old, at least not the way my mother appeared to my mind’s eye when she was 79, the year she passed away. Looking into my memory bank I saw what her life must have felt like in the days when the role of the wife and mother was to stay at home and tend to the household duties and to be the parent figure while father earned a salary that paid for everything needful. Father also was the disciplinarian and the last word on any question that had more than one clear cut answer.

How did politics even enter the mental nostalgia I had fallen into on my birthday? My mom and dad have been gone for many years, and the world has spun into a world they would not recognize, and that is where the politics hit the fan. Politics was a simple thing in their lives, and yes, it is now a foreign place in which they would be the strangers. They had moved on in death 1976 and 1978, before so many dreadful and heartbreaking events had also moved the world into some sad and strange places.

Political activities were no longer based mostly on the way of America in the 20th Century, but on how America was becoming different in ways that my parents would not have appreciated. They and their friends and neighbors still came and went freely and without the oddity of a government edict being announced for no productive reason, much as is being done by today’s pen and phone threats from a disconnected quasi President of the United States of America. It was business as usual in the world not only of my parents, but I and all of my age group, thought our lives to be a kind of peace on earth which we had hoped and dreamed for. We began to see a new world dawning when the hippies came on scene and all hell began to crash the party. Colleges became liberal breeding grounds for breeding, among other old fashioned notions of decency and sanity while LSD and Woodstock just roared on in and the world turned over.

But to be fair, in retrospect some things had needed to be changed, and the home front was evolving from the dad and father wage earner into the working mother and working father having to share the task of making ends meet. More and more the need to have two wage earners grew and in some homes the children began to pay a price that did not involve money, but lifestyle’ and such things as a real sea change in behavior and attitudes. It was not total abandonment of the family, but the Ozzie and Harriet/ All in the Family aura was gone. Recent observation of how morals and decency have deteriorated can be seen in an
obscene public performance of vulgar sex acts by a young and famous singer who sold her private body for cheap and fleeting fame.

How political events had an impact on homes and schools and churches and families began to become more difficult to deal with on the home front because demand for more and more of everything was taking more and more for government to fund and maintain many things that were never presented to the voters to vote for or against. Sort of like mushrooms in spongy and moist soil, things just popped up and were suddenly vital programs to be funded but not voted on, such as the EPA. My parents would not have known at all what that was, and why it had to be included in a tax that folks had to pay for, whether it did any good for the country as a whole or not. I also do not recall voting for such a huge piece of federal administration necessity that did not show on a ballot.

From gasoline at less than .50cents a gallon to almost $5.00 dollars for the same gallon, in a land reeking with gasoline from coast to coast, my mom and dad would never have made it to the nearest grocery, and WalMart was still a Walton family dream. Most of the grasp of political growth has been for the anti-Waltons with a dream also. Strange science projects now are sprinkled in the budget of politicians for no sensible purpose and many thousands of taxpayer dollars go to these projects. Some are so outlandish that no logical person would have given more than a toss into the waste bin with the plan, and yet millions are spent on things that involve strange fish mating in waters that are restricted to their habitat rather than allowing the waters to be used for farmland. This is mild compared to other wasteful spending in the hands of self-serving power seekers.

In the 21st Century, politics and things political have ballooned to gigantic proportions, creating a national debt that has become a numbing number in trillions of dollars. How has a political system based on three simple freedoms, those being Life, Liberty/Freedom, and the Pursuit of Happiness/private ownership or property, turned into a nation based on social status also in three levels, those being Ultra rich, Upper middle class, and Entitlement class? That third level of wealth or lack of it would be everyone else, those who had no visible means of support other than the dreaded dole that my parents had to endure for a time. In that group would also be found now the dropouts from productive effort of any kind, as one foolish political woman managed to glorify into the envious possibility of living one’s dream and living freely…..somehow having rent and sustenance appear as in the magic wand of Cinderella’s fairy godmother.

Finally, how did we fall into this unpleasant version of the Brave New World that the rest of the world had struggled for centuries to rise above? I must liken it to the story I heard many years ago in which the unsuspecting frog was lured into the kettle of warm water and enjoyed it to begin with, but it was soon becoming to hot for comfort and Mr. Frog, unable to leap out of the kettle, eventually became soup. We could, in comparison, be in the next to last turning up of the heat before the United States of America becomes the world’s largest kettle of soup. If it is not too late, the heat needs to be turned down on our three most necessary freedoms: life, liberty, and happiness/property with no trail boss cracking the whip on our journey toward the most envied country one earth again.

The Garner Case: Don’t Support Laws You Are Not Willing To Kill To Enforce‏