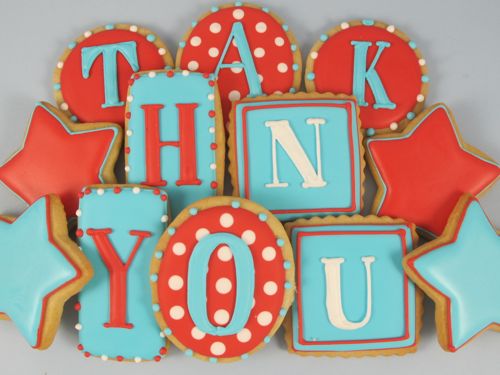 Last week as I was watching the news, I heard a story about four police officers in Denver hit by a car as a group of students they were there to protect cheered. Watching this, I felt stunned, angry, and helpless as the news continued with protestors and football players chiding the uninformed “Hands Up, Don’t Shoot” nonsense.

As my anger grew, I found myself on the phone calling my local police station and being put through to an officer. When the officer came on the phone, I firmly spat out, “I’m sitting here watching the news and these protestors around the country. For everyone out there on the streets, I want you to know, there are hundreds of us who DON’T feel that way. Tell me, what can I do as a citizen to show my support for the police?”

There was a moment of silence as I thought to myself, “Okay, he thinks I’m a nut and will probably tell me thanks and hang up.” Instead I heard him reply, “I try to talk to people directly to humanize the police to them. When I ask kids, ‘Who do you know directly who has been brutalized by the police’, many of them answer no one, only what they have seen on social media.” The conversation continued as this officer told me how his department tries to reach out to the community, just as he was doing with me to try and calm my frustration.  I asked him how he and other officers feel when they see what is going on with the protestors around the country and he replied, “Sad.  I talk to my wife, she helps me. We talk with our families and other officers for support.” He continued on telling me how, for many years, he had worked 911 calls and knows how much the community relies on the police, but nonetheless, depend on each other for support. At the end of the call I insisted he tell me what I can do to show my support.

“You got it,” I said.  “Cookie Gratitude Campaign!” We both laughed, and then I asked, “Should I have them delivered or how does one send cookies to cops?” He said, “Na, just drop by the station if you want. It will be appreciated”.

When I hung up I felt surprised at how open and honest the officer was. Also, how good I felt that there was something, even as simple as delivering cookies that I could do.

A couple of days later, I went to the grocery store and bought dozens of cookies.  (I thought I should get them in unopened, sealed containers, so they would know they were safe – and also since I’m a lousy cookie chef.)  I put them in a festive red Christmas bag with a big “Thank You” card on the outside. Inside I wrote a note:

“For every protestor who is out there today, there are hundreds of us who DON’T feel the same way.  Thank you!”

Then I set off to two of my local police stations. As I was driving up to the first, I felt a little intimidated being that I had never been to a police station. Definitely a Mary Tyler Moore moment as I politely smiled to the people walking in and out of the station, glaring at my big red bag with “Thank You” on it.

As I approached the front desk at the first station, a young officer sitting alone in front of locked doors behind him said in a monotone voice, “Yes, can I help you?” I replied, “Yes, I talked with an officer a few days ago and…”  He interrupted almost by rote and asked, “What officer, what’s his name?” I said, “Oops, I don’t remember his name, but I’m here to deliver some cookies as a thank you for all of you.”  The young officer looked at me with the bag and said, monotone again, “What?” I repeated, “I’m here to bring you some cookies to show my support and thanks for the job you all of you do.”

The officer paused a moment and with a boyish smile replied, “Really?” I said, “Really, this is for all of you.” His entire facial expression changed from stern to smiley as I left the bag on the counter, said goodbye, and exited. I heard him call back, “Thank you and Merry Christmas Ma’am!”  “Merry Christmas to you too” I said as I went back to my car thinking how surprised he was at such a simple gesture (and how old I must look that he called me “Ma’am”…).

The next station I went to was a bit smaller. I walked in with my huge red thank you bag of cookies into a waiting room full of people none too happy to be there. At the front desk a woman was standing with a ticked-off body posture. An attractive female officer entered from behind locked doors and began a conversation with Ms. Ticked-Off. The female officer with her red-haired ponytail and pressed uniform began explaining to Ms. T-O something about jurisdiction, which ticked off Ms. Ticked-Off even more. I could see the female officer getting frustrated as her ponytail swayed trying to explain to the angry woman. Finally, the female officer handed her a paper and replied in frustration, “You can read it for yourself Miss, it’s the law” as she then glanced at the rest of us and said, “Next?”

I walked up with my big red bag and said, “This is for you. It’s a bag full of cookies to thank you and all of you here for the job you do.”

The female officer looked at me and asked in a flustered voice said, “Who did you say this was for Ma’am?” I said, “You and all the officers here. It’s just a thank you for what you do for us everyday.” The officer put her head down and paused, then looked at me and said with a smile (as the young officer before), ”Really?” I said, “Really, just a thank you”. She looked around the waiting area and the grumpy people waiting there all started to smile. The female officer looked around and then at me again and said in a shocked and sincere voice, “Thank you, thank you, really, this is for the police?” I replied almost teary-eyed at her heartfelt reaction, “Yes, for all of you, thank you for what you do, that’s all, just thank you” and I left the bag on the counter and walked out.

As I was leaving I heard her yell out, “Merry Christmas and thank you again!” I sat in my car a moment and thought, “No, thank you.”  (I also thought, “Did she just call me Ma’am, too?” Oh well, I don’t care, I did something and it made me feel better!)  After giving away those cookies, I didn’t feel as angry or helpless as I did before. This turned out to be a gift for me as much as it was for them.  A simple big red bag full of thank you cookies gave ME a voice. The thought of all those officers being surprised and enjoying their cookies and reading my note made me think,

“Take that Al Sharpton. Take that all you race baiters and profiteers. You don’t care about the people your representing. I did something to stop you, for just a moment maybe, but I did something!”

So I have a new Christmas tradition. Instead of sending boxes of Christmas cards each year with maybe one or two replies (apparently it’s passe’ to handwrite and send out Christmas cards anymore), I’m going to do this. I’m going to deliver a big red bag of “Cookie Gratitude Campaign.”  I didn’t realize what a simple gesture like that could mean to them.  And I’m hoping that by telling my story and how wonderful it made so many people feel–myself included–it might encourage others to have a voice and show thanks to them as well. I spent the same amount of time and money as I would sending all those unwanted Christmas cards, but more than that, it was in the true spirit of Christmas to share a message of thanks–and hope–at a time when they needed to hear it the most (even if they do all call me, “Ma’am”).

Christmas Gift Ideas For the Athletic Gal on Your List

Is Barack Obama Unaware His Words Do Not Disappear?