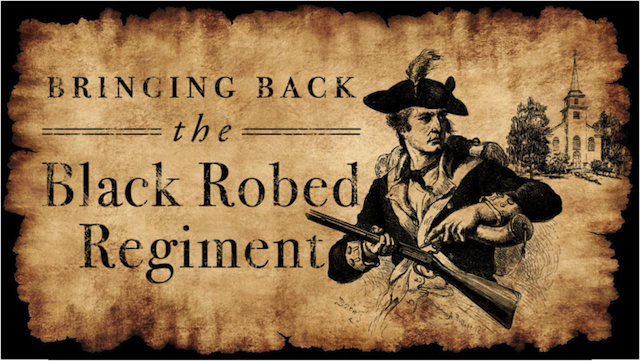 Are we a nation or are we a union of states? Does it matter? Pastor Dan Fisher is a State Representative of Oklahoma and author of Bringing Back the Black Robed Regiment. In the riveting presentation (which is linked below), he asks us to think about whether we are a nation or a Union of States at the Reclaim America conference in Moore, OK in the summer of 2014. He challenges people who love our Declaration of Independence and Constitution to read these documents and study their authors for the answer to these questions. Through this 30 minute walk through history, we can begin to recognize what our founding fathers intended and what they cautioned us about. They reveal to us solutions to the problems we face today.

James Madison in Federalist paper #45 points out that the powers of the new Federal government should be few and defined. The States, however, should govern the life, liberty and property of the people. He warned against the federal government providing for the poor, educating our youth, and governing over religion.

Thomas Jefferson discusses the dangers of taking a single step outside of the “boundaries specifically drawn around Congress.” He says that to do so is to take power no longer susceptible of any definition. Jefferson goes on to say that powers were to be with the states to govern the citizens of their states. The “general” (federal) authority should only govern over foreign matters. A large government too far away would lead to corruption, plunder and waste.

Were our founding fathers looking into the future? Of course; because they understood the history of mankind. They were sounding the alarm of caution and directing us not to end up in the mess we have now because we have given power to a national government and forgotten we are United States.

According to Madison, subverting the power of the states is evil and destroys the meaning and limits of the general phrases. If states’ authority is diminished it would reduce us into a monarchy. This kind of centralized power grab was expressly forbidden.
Tyranny can only be dealt with resistance. “Rebellion to Tyrants is obedience to God” was going to be our seal. They called upon their descendants to be willing to throw off tyranny in the same manner that they were doing themselves.

The key to it all is We the People of the States.

These lessons from our rich heritage and the solution – our only hope – to our current overbearing centralized government is to return to federalism through strong state governments which reflect the will of the people of each state. This powerful presentation will give you hope and maybe change your thinking regarding where the power is to lie in these United States.