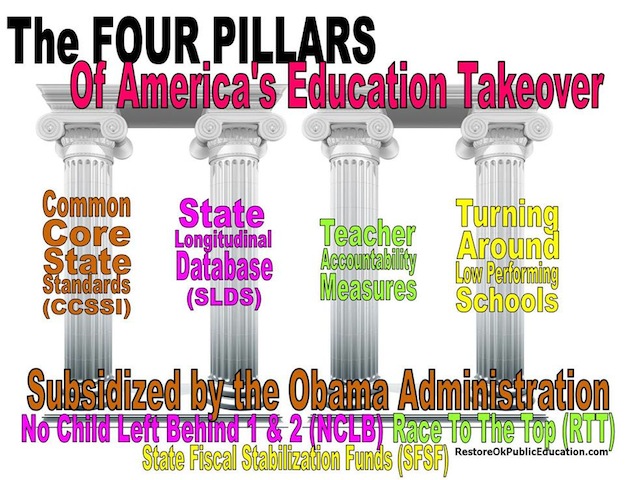 The most frightening of all the aspects of the education system is the data collection on our children. Your local school has become a massive system to collect your children’s data. They take intimate details of information from your children about your family, and then in many instances will bully you if you question them in schools far and wide. They are collecting data from testing, surveys, forms… the methods are endless. Teachers are evaluated on how well your student tests, so they are compliant or at risk of losing their job. This is in every single state with or without Common Core, and the taxpayer paid for it. I have no doubt that the local districts believed the data would be safe. It appears that is not the case. As companies succeed and are sold, or fail and go bankrupt, the hands that data falls into becomes unknown. Are you okay with that?

“This is a significant red flag for the treatment of student information by education technology companies,” said Joel R. Reidenberg, a law professor at Fordham and Princeton universities. “Many ed-tech companies today are small startups, collecting lots of data. Many of them are not going to succeed. What’s the protection when these companies go bankrupt?”

For those that do succeed, grow, and become part of an acquisition, he expressed similar concerns: “What’s the protection when they merge?”

Wow. In this government school climate where Common Core specifically and anything for ‘education reform’ generally becomes a money making scheme, lots of this will start to happen. This is as dangerous as having credit card numbers floating around on the Internet, but here were talking private information about kids, which makes it ten times worse. Guard your children’s personal information!

Read Michele Molnar’s article about millions of student records being sold via the Dec. 9  EdWeek:
http://www.edweek.org/ew/articles/2014/12/10/millions-of-student-records-sold-in-bankruptcy.html