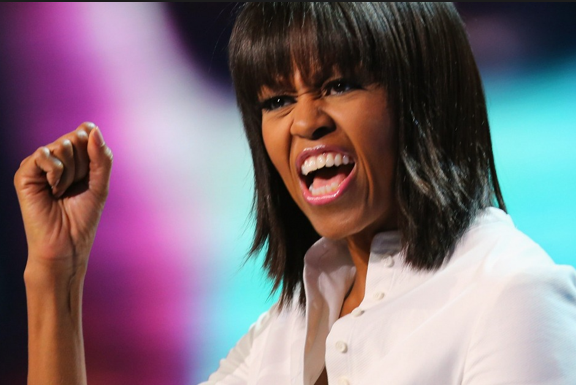 Let’s begin this article with something that can fairly be called an oxymoron if not a downright contradiction. A quote from the current First Lady:

So, as an example this statement would support the following conclusion: If an individual preferred the company of only white people on a personal/individual level, that same person would likely be just fine moving to a community that was predominately black.

Last I checked, all communities are made up of individuals. Those individuals do not check their ideologies at the gate at least not subconsciously. True, many people withhold their honest feelings about various topics when among mixed company or among strangers. However, their beliefs will most certainly determine or significantly contribute to their actions or decisions. It is the personal feelings we hold that demonstrate our most sincere motives.

This brings me to the next telling quote from our dear First Lady:

“It is conceivable that my four years of exposure to a predominately White, Ivy League University has instilled within me certain conservative values. For example, as I enter my final year at Princeton, I find myself striving for many of the same goals as my White classmates…acceptance to a prestigious graduate or professional school or a high paying position in a successful corporation. Thus, my goals after Princeton are not as clear as before.” 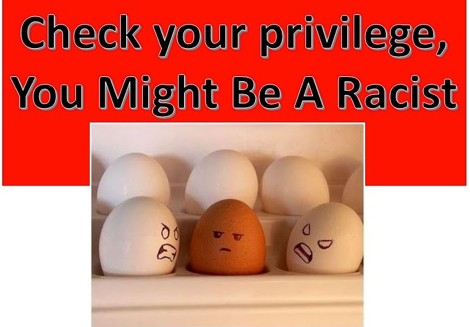 So, what Mrs. Obama is saying is that she did not previously want acceptance to a great graduate school nor did she desire to be hired by a successful company after graduating from Princeton. Are we to then understand that she wanted to be unemployed and downtrodden? Or are we to believe that these goals she now holds after being at “a predominately White, Ivey League University” are goals only held by “white conservatives”? How absolutely awful of White conservatives to want such things and how low of me to assume, in my white privileged position, that these would be universal desires, crossing not only race and gender but all boundaries.

She then explains that her paper will be supported by the writings of men such as “Billingsley, and Carmichael and Hamilton, to name a few.” Here is what she writes of Billingsley:

“Billingsley (1968) who believes there is a need for blacks to build up their own communities; define themselves by new “Black” standards different from the old white standards; and exercise power and control over their own institutions and services within the Black community.”

She goes on with the following as she outlined her formulation for “black power and separationism”:

“The concept of Black Power rests on the fundamental premise: Before a group can enter the open society, it must close ranks. By this we mean that group solidarity is necessary before a group can operate effectively from a bargaining position of strength in a pluralistic society.”

Juxtapose these two quotes with her beginning statements found in her Princeton thesis.

“Regardless of the circumstances underwhich I interact with Whites at Princeton, it often seems as if, to them, I will always be Black first and a student second.”

Now, who was just writing about how they wanted to be first a member of “closed black ranks” and how she agreed with Billingsley who wanted blacks to “exercise power and control over their own institutions and services within the Black community”? So, on the one hand she wants to be clear that she is Black and proud but that we are supposed to ignore her Black Power gestures and her Blacks only group meetings when addressing her.

However, simultaneously, if we ignore her blackness we are not showing respect for her race and what she has achieved as a Black woman.

Perhaps the most telling quote from Mrs. Obama’s paper is this:

“In an individual’s lifetime, it is necessary that the individual focus his/her interests on benefiting a limited number of things at a time because it is impossible to help everyone and everything equally at the same time. Therefore, the individual must create a motivational hierarchy from which the individual can determine which social groups are most important to benefit.”

If you wondered which group Mrs. Obama has elected to put on top…here are her own words: “This realization has presently, made my goals to actively utilize my resources to benefit the Black community more desirable.”

Now, imagine if George Bush had made this statement how much MORE he would be called a racist. Imagine any white person making such a statement and then clearly stating they plan to advocate their resources to benefit the white community. Well, you would likely be talking about the Grand Wizard of the KKK.

Mrs. Obama even lacked the ability to understand empirical truths. She notes in her paper that once Princeton began accepting Blacks in the 1960’s that they still did not accurately represent Blacks. She noted that when she attended Blacks made up “only about 10% of total enrollment.” Well, in the 1980’s, when she attended, the Black population of the U.S.A was 11.7% so an enrollment of 10% was a fairly accurate representation of the Black population. I suppose Mrs. Obama would think 50-50 with whites being 50% and blacks being 50% would be fair, even though that would in no way represent the true population.

In short, Mrs. Obama makes it startlingly clear that she supports giving more benefits and help to Blacks as a community than to other communities. She makes it clear she does not represent ALL of America but rather a subset of America which makes up approximately 14% of the total U.S. population. To hell with the other 86% of Americans! She makes it very clear that if Laura Bush had written this same paper and switched the adjectives “Black and White” that Mrs. Bush would have been branded a racist and never allowed to step foot in the White House. The media would have run her and her husband out of town long before George W. ever thought about being elected POTUS.

To read more of her Thesis check it out here.

Funeral For Arizona Police Officer, Shot While On Duty