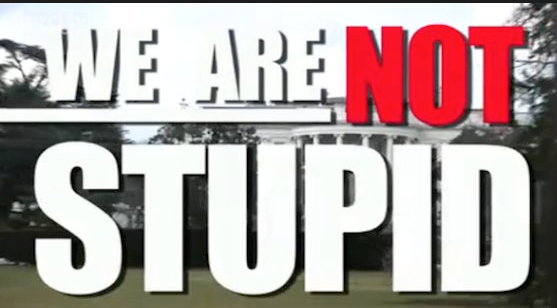 Remember when 60 Minutes used to expose all kinds of corruption, winning 20 Peabody Awards for segments about abuses by government and military contractors; the CIA’s involvement in drug smuggling; incidents of friendly fire in the Gulf War; and the killing of Iraqi civilians by the U.S. Marines? Yeah, that was before Obama became president. Yet despite the fact that the last six years have been rich with Peabody Award-level scandals, 60 Minutes has essentially become an extension of Good Morning America (which has essentially become an extension of Us Magazine). Journalism is dead. It is no longer just biased; it’s dead.

The mainstream media’s (“MSM”) blackout on Jonathan Gruber is a fine example. Gruber is the MIT elitist professor and chief architect of Obamacare who was heard on tape repeatedly calling Americans “stupid” (while being highly paid by the same “stupid” Americans to help write the healthcare bill “in a tortured way” so that it would pass). After turning a blind eye, the MSM was dragged kicking and screaming into reporting the story because it had been exploding on social media and Internet news sites for a week. So as not to look like the hacks that they really are, the MSM begrudgingly acquiesced. But the MSM’s focus was not on how Gruber, vis-à-vis the Obama administration, took Americans for fools. The focus was on how allegedly unimportant Gruber was to the process. We were told that Gruber was “just an advisor” (despite the fact that Gruber took 19 meetings in the Oval Office during the crafting of the bill, and was praised repeatedly by Nancy Pelosi and John Kerry). Gruber is currently residing under the very crowded Obama bus. The MSM wants us to move on now. Dude, that was like so two weeks ago.

Conversely, during the 2012 election, the MSM was hyperventilating nonstop over Mitt Romney’s comment at a fundraiser where he was recorded saying that 47% of Americans pay no income tax. Guess what? 47% of Americans actually don’t pay any federal income taxes. Then there was the relentless reporting of “Bridgegate,” with the MSM desperately trying to indict Gov. Chris Christie over lane shutdowns on the George Washington Bridge. Guess what? That turned out to be a dud as well. Christie was cleared of any knowledge of the closures. Is it a coincidence that both of these stories were about Republicans?

How about the MSM’s love affair with the Occupy Wall Street protesters? Most of the reporting by the MSM was saturated with sweetness and light. Unreported were the over 400 crimes committed by Occupiers. The MSM was reticent to cover those crimes as it didn’t fit its romantic narrative it had painted of the Occupiers. It’s worth noting that this magnanimity was never extended to the Tea Party participants, who were instead immediately reviled, ostracized, and condemned as loons or, worse, racists.

On Face the Nation, the discussion about Obama’s imminent immigration executive order focused on whether the Republicans would shut down the government, not the bigger story as to whether the president might be acting illegally.

Most people have busy lives, so they rely on the “6 o’clock Evening News” to give them the news of the day. They also rely on the “trusted” New York Times to fill in the gaps. I was one of those people (hence the reason I was a lefty for most of my life!) People innately trust that professional journalists are impartially delivering the news, not thwarting or opining. But, alas, that is not the case –especially not in the last six years.

For six years, the MSM has sheltered President Obama by burying and misrepresenting stories, and has helped in the administration’s efforts to stonewall, obstruct and run out the clock on investigations, with the intent of blacking out and marginalizing the stories until they go away. On immigration, climate change, appeasing Iran, insulting Israel and other allies, President Obama does as he likes, and the MSM dutifully looks the other way.

“Newspapers like the Times and networks like ABC, NBC, and CBS still hold themselves out as representatives of objective journalism. That this is an easily exposed pretense has not been much of a secret for a long time. The networks and the Times are as ideologically biased as the Rush Limbaugh Show on radio. The only difference is that Rush and other political talkers and writers don’t pretend to be sitting on Mount Olympus impartially giving the people the news.”

Why should any of this matter? Because if the MSM is ignoring important stories or disguising opinions as actual news, it is shaping a false narrative. This is precisely how a state-run media behaves in a dictatorship, and should never be tolerated in a free society. The MSM’s job is to hold our elected representatives accountable, not cheerlead for them. (If for no other reason, you should vote Republican – at least then, the MSM will do its job!)

The Constitution’s Framers provided the press with broad freedom. This freedom was considered necessary to the establishment of a strong, independent press sometimes called “the fourth branch” of the government. Thomas Jefferson, one of the Framers, said, “Whenever the people are well-informed, they can be trusted with their own government.”

Paul Joseph Goebbels, the Nazi propaganda minister, was once asked how the Nazis could take over Germany so quickly. He replied, “Oh, it was easy. Once you control the media and the schools, you own the country.” Nuff said.

California PolitiChick "Anita Gunn" is a closeted conservative working the entertainment business. Anita started at a major talent agency, assisting a well-known music agent, and is now a VP at a major movie studio. Anita grew up in a very liberal Jewish home, and bought the Utopian dream of a one world government and social justice for all. Anita did her best to "save the planet," pontificating about how the evil Republicans and greedy corporations were destroying the earth. 9/11 shook Anita's foundation and everything that she believed. By the time Obama burst into the scene in 2007, Anita was morphing into a conservative. Of course, coming out of the closet as a conservative in the entertainment industry is pretty much career suicide, she says, so in 2011, the name "Anita Gunn" was born. Anita has done commentary about the culture war on such radio shows as the Dr. Gina Show, Real Side with Joe Messina and Socialism is not an Option on Blog Talk Radio. Anita started a secret conservative Facebook group which has 1000 active members, and is part of another secret group of artists who behind such videos as Cruz Against the Machine. There are still some remnants from Anita's liberal days, including the love of Astrology and wearing platforms and bellbottoms--and yet signs of her conservative switch can be seen by her ever-present gun necklace. Anita says her goal is to help rebrand and hip up the conservative movement to include more artists, musicians, actors, gays and minorities and young people. Anita's belief is that if she saw the light, there are others who would also embrace the conservative movement, if only just shown the way. Follow Anita Gunn on Twitter @AnitaGunn1.