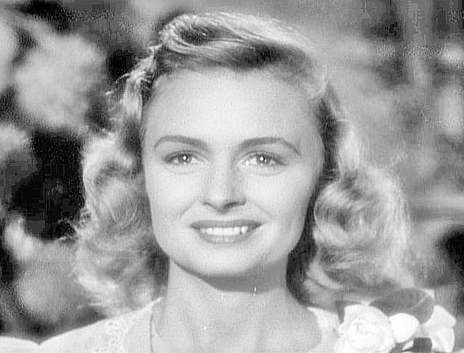 When beautiful women are hired to sell anything from cosmetics to designer water, the art direction will likely skew heavily in the mysterious, coy, even angry direction. In feature film, women are given casually lethal kick-boxing skills and their surface frailty in comparison to men, is balanced with black widow powers of instant, and usually fatal, retribution. My son-in-law laments this as the “super girl” standard — the predictable, and boring, story mandate of feminist culture. It’s possible there may also be some sort of reverse marketing psychology here too: that Lexus you covet should really be as hard to conquer, and possess as a super model. If the pouty, distant poses I see so many young women take in Facebook selfies are any guide, some young women think they really have to cultivate their mysterious, peevish side.

But real life is different, ladies. For men, nothing is sexier in a woman than optimism. Nothing is more alluring than cheerfulness. There’s a tender spot in our hearts reserved for the girl who really knows how to smile with all of her soul behind it.

In a ritual I’m sure most of you share with our family, we all watched It’s a Wonderful Life the other night, and I was touched by the scene in the cab, shortly after George and Mary Bailey make their honeymoon escape. Ernie the cab driver asks the two lovers about their plans. George draws a loveable picture of extravagance. They were about to boast “..the oldest champagne, the richest caviar and the hottest music and the prettiest wife…” Ernie approves. “What then?” he asks.

The newly minted Mrs. Bailey responds, “after that, who cares!”

We all know what happens next. There’s a rain storm, a bank run, and George runs out through the crowd and the storm to save the Bailey Brothers Savings and Loan. Mary’s left holding a fistful of cash and a heart full of worry.

Like all great art, there’s an economy, simplicity and density to that moment. Mary Bailey has married a reluctant saint. George knows what he has to do, and Mary sees that in him, else why would she have fallen in love in the first place? She can’t restrain him, really, without making both of them less than they what they could be. She has to have faith in the consequences of what God created, in the two of them.

I’m convinced, on some level, that what men look for in a woman is a kind of optimism that life itself can be accomplished — that romance can be had, the nest built, the children raised, the business prospered, and the world conquered. No man wants the terms of that campaign dictated by his wife, but they don’t want a bagged, veiled servant either. They very much want an optimistic, encouraging, excited partner — in sex, in business, in worship, and in life. 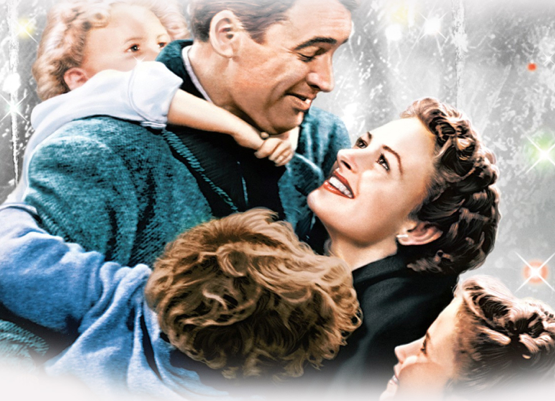 There is nothing a wife can’t make of her man if she sees his vision and encourages him.

When Mary Bailey walks into the Savings and Loan and holds up the honeymoon cash and shouts “how much do you need?” it’s not just a picture of a beautiful woman. It’s a picture of Christ.

How could that kind of love, in a woman, NOT be attractive?

When I was a young, punk college graduate, I never knew why I wept at Capra’s masterpiece, but I couldn’t deny its power. These were real people. Their struggles were mine and ours: we really want to do great things, to be recognized, to “get out of this little town,” to write the Great American novel, to make a film, to build an empire, to prove ourselves.

But along the way, you find yourself at a dinner party, and you look across the room, and you get the feeling, God has someone in mind for you. Call her “Eve.” She’s smiling — and it looks like she means it.

Don’t ever walk away from that smile, young men, once you’ve found it.

And, young ladies, don’t ever doubt that’s what we’re looking for.

James Patrick Riley is the director/star of the television series ‘Courage, New Hampshire’ and owner of Riley’s Farm.

James Riley is the owner/operator of Riley's Farm in Oak Glen, California and the creator of "Courage, New Hampshire," a television drama seen on PBS stations across the country. The father of six children, Riley performs "Patrick Henry" and supervises a living history program visited by hundreds of thousands of school children. He holds a degree in history from Stanford University.

Who Benefits From Normalizing Relations With Cuba?