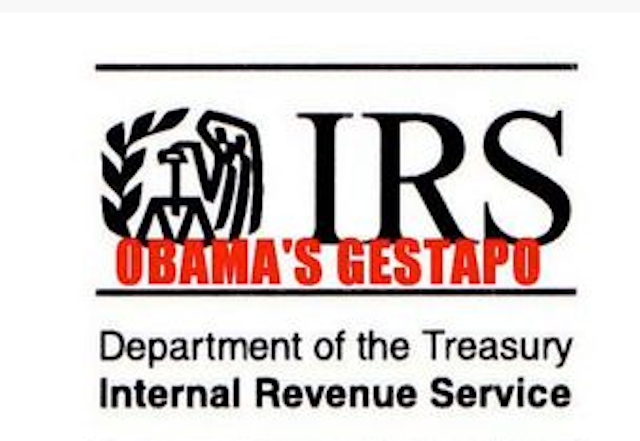 How many times have we heard people who have become frustrated with their government or high placed elected official use the old kneejerk reaction of comparing them to Nazis, Hitler or the Gestapo? This type of rhetoric has become so commonplace that no one really pay’s much attention to it anymore and simply dismisses that type of comment as being ridiculous or overzealous.

Nevertheless, what happens if and when the threat begins to materialize in our government? Do we keep silent because no one will believe us? Do we keep silent out of fear there may be severe repercussions? Have we reached the point that not only do we not trust our powerful elected officials like the President, Attorney General, member of Congress or government agency, we think about the possibility they will single us out for harassment or even worse? Have people become so jaded to the comparison with the recent Nazi regime of Germany because we dare to make that comparison?

Yet could we actually be seeing a Gestapo mentality beginning to take hold in America? Consider how many of those on the Left point to the so-called extreme right wing and call Conservatives, “Nazis.” The dirty little secret is that the Nazi party was never the extreme right wing, but actually the Left wing. How do we know this? Nazi stands for National Socialist.

Today we see that type of mentality beginning to assert itself with the United States Department of Internal Revenue Service. Before we go off halfcocked, consider some independent facts to see how we might actually compare the IRS with the infamous Nazi Gestapo

How did it conduct business? Online Britannic explains how the SS (Gestapo’s Secret Service) infiltrated and used the average citizen to gather information that was used against them and their neighbors:

Owing to its relatively small size—approximately 32,000 personnel at the end of 1944—the Gestapo relied extensively on the use of denunciations from among the local German populace in order to conduct its investigations…The Gestapo operated without civil restraints. It had the authority of “preventative arrest,” and its actions were not subject to judicial appeal.

Second—the IRS under the Obama Administration

Notwithstanding the recent targeting of Conservative and religious applicants for a tax exempt 501(c)(3) status and the disappearance of thousands of e-mails that were petitioned by Congress and the courts, there is now an even more chilling revelation of the IRS acting as the Gestapo did in Germany decades before:

How does the IRS conduct business? The IRS can seize your bank accounts, IRA’s and 401k—on suspicion alone—with no evidence of a crime being committed. According to an article in the New York Times article titled, “More Federal Agencies Are Using Undercover Operations,” we are told how the IRS works outside the court system without a court order or judicial hearing and can attach your home, car(s) and bank accounts just like the Gestapo, “and its actions were not subject to judicial appeal.”

In a recent NEWSMAX article, Rick Unger alerts us to the “New IRS Horror Story Far Worse Than Previous.” In his article, Unger exposes the heavy handedness of the IRS in its clandestine dealings with many of our fellow Americans—maybe even you.

Evidently a law was passed in 2002 in an attempt to deal with funding terrorist organizations and criminal elements—such as drug dealers—which allows the IRS to monitor various private bank accounts of citizens and/or companies doing business in the United States. To the casual observer—in the current climate of threats from militant Islamists—this seems to make sense; however, when this power is abused—and power has a way of becoming abusive—then there is a need for public concern. As the quote goes, Power tends to corrupt, and absolute power corrupts absolutely—John Dahlberg.

One of the triggering factors for the IRS is when deposits amount to at least $10,000 dollars. Realizing that criminals aren’t stupid, the IRS watches closely for deposits that are just under that triggering figure. That is where many troubling occurrences began with the IRS.

Take for example an innocent restaurant owner in Virginia whose insurance would only cover the restaurant for sums of money stolen or lost, up to $10,000 per incident. Because the restaurant has many cash transactions during the day, the owner makes sure the cash on hand that needs to be deposited into the restaurant’s bank account is never over the insured amount of $10,000. In a separate incident, a sergeant in the United States Army was saving for his daughter’s college fund. In his expose, Unger points out how shamefully:

In each of these cases, and many others, the IRS, without notice or so much as a criminal complaint or indictment, swooped in and emptied the bank accounts of these completely legitimate people and businesses.

Unger goes on to reveal:

The New York Times reports that there were 114 of these seizures in 2005. However, in 2012, the last statistics available, the number had grown to 639 seizures.

Even more troubling is in a NEWSMAX expose. The director of the Christian Defense Coalition, Rev. Patrick Mahoney, reveals to the Christian Post information regarding secretive infiltration of the clergy by IRS agents:

It is an absolute disgrace that IRS undercover agents can pose as members of the clergy.

Isn’t that how the Gestapo relied extensively on the use of denunciations from among the local German populace?

It is the role of government to protect religious freedoms and the First Amendment, and not to use it to gather information and spy on American citizens …Is the IRS investigating churches and ministers who’ve said they cannot, in good faith, comply with Obamacare? These are very serious questions when you have a government agency sending undercover agents in as clergy to gather information and spying on American citizens.

It makes one wonder how much of your hard-earned money you should keep in your bank account. It also might make you wonder who that person is knocking at your door claiming to be from the utility company or the ones who call you claiming to be your insurance representative or banker. Oh, and by the way, did you notice that new employee at work? Just asking!

VIDEO: "Mary Did You Know"