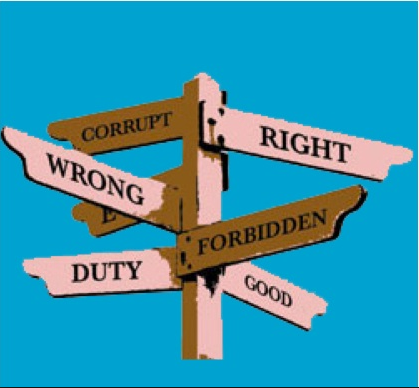 “America is like a healthy body and its resistance is threefold: its patriotism, its morality, and its spiritual life. If we can undermine these three areas, America will collapse from within.” ~ Joseph Stalin

The parents of ninth graders at a San Francisco high school are up in arms over their children’s sex education class given by Planned Parenthood employees without prior knowledge, Fox News reported.

Planned Parenthood used material that included a checklist that asks students if they are “ready for sex” and another worksheet entitled, “Sex Check! Are You Ready for Sex?” in which the ninth graders are surveyed with questions such as do they have condoms or if they have water-based lubricants; could they handle a possible infection or pregnancy? A worksheet distributed instructed 13 and 14 year old boys on how to obtain consent from a possible sex partner with questions such as, ”Is it okay if I take my pants off?” and “Do you want to go back to my place?”.

They were also introduced to a diagram of the “Gingerbread Person” to teach them how to identify themselves as either, “two spirit”, “agender” and “bigender” to name a few categories.

Parents and area groups are being assisted by Brad Dacus, president of the Pacific Justice Institute, a legal non-profit organization. Dacus told Fox News that Planned Parenthood “gets more grants from the promiscuity of children”.

Fox News interviewed John Lyons, a father of two students who attended the sex education at AHS. He explained that there is an opt-out form that listed a bullet type agenda, but after his children took the course it became clear that they went beyond what was represented. Both he and his wife were troubled because the “valuable and factual information was delivered in a manner that seemed to promote Planned Parenthood’s agenda regarding ‘social justice’ through sex education of teens.”

So the government is using two premises to justify compromising our children’s morality: health and social justice. Neither is a legitimate premise to inculcate the conscience of American youth.

Joseph Stalin said it best when he stated that a healthy body remains healthy through morality and one’s spiritual life. Both are intrinsically tied together.

Morality is a set of principles that define right and wrong and exacts a code of conduct to apply that which is right and to stop or punish that which is wrong. Definitions.net defines morality as “conformity to the rules of right conduct; moral or virtuous conduct.”

Our founders and settlers were a religious people. John Adams pointed out the need for the nation to remain a religious and moral nation when he wrote,

“Our Constitution was made only for a moral and religious people. It is wholly inadequate to the government of any other.”

This was America’s identity. This was who we were. Our ideology has been patiently and persistently transformed to break down our culture’s values, norms and our system of governance.

Our founding ideology is clearly stated in our founding documents as well as in the writings of our founders. Both articulate the basic moral code and contract between our government and our citizens, as well as our relations with each other as represented in our Biblically based civil justice system.

Yet today we have a president blatantly reorganizing and reinventing our values, changing our norms, redefining ‘who we are’—one of his favorite chants as he transforms America’s identity with the aid of his friend, Eric Holder, who reframes immoral and lawless behavior as ‘civil rights’.

President Obama recently said the Chicago’s new sex education program for kindergartners ‘Is the right thing to do’. Obama is redefining right from wrong, good from evil, moral from immoral.

Dealing honestly with all.

Acting benevolently toward those who fall within our way.

Cherishing their freedom of conscience.

The premise of Jefferson’s ‘freedom of conscience’ is based on his belief that morality is instinctual. We see today that it is not with 300,000 abortions alone last year and the progressive sexual immorality sweeping our nation. Under Obama, the freedom of conscience is exclusive to those who have been corrupted and is not extended to Christians, moral conservatives or to those who have been raised with a moral compass aligned with the Bible.

The conscience’s function is to exact the values that have been inculcated into thoughts, beliefs and behaviors. They in turn develop intent and motives. It is housed in the spirit of mankind. It is limited by knowledge and that input is often determined by a person’s environment—what he or she is exposed to and the attitudes in which they are administered. Those beliefs are adopted from one’s family of origin, significant authority figures such as teachers, peer influence and through institutions such as faith-based organizations, government and media.

A Christian’s conscience however is informed by God’s light either through intuition, fellowship or reading the Word of God. Those who simply adopt the Biblical moral code without accepting Jesus Christ as their Savior and Lord have. They’ve approved of the Judeo-Christian philosophy with or without a belief in God. They have light to guide them to align with natural laws.

My Libertarians friends believe that fiscal conservatism is enough to revive our nation and that social conservatism does not matter; that it is a distraction. That puts them in the middle of the culture war and at some point they will have to decide who they shall stand with, because Christians are called out to be separate and to stand with God.

Then Elijah stood in front of them and said, “How much longer will you waver, hobbling between two opinions? If the LORD is God, follow him! But if Baal is God, then follow him!” But the people were completely silent. ~I Kings 18 NLT

The Christian right understands that God will not enlighten, protect, comfort or restore a nation that defies His moral code.

Who Benefits From Normalizing Relations With Cuba?