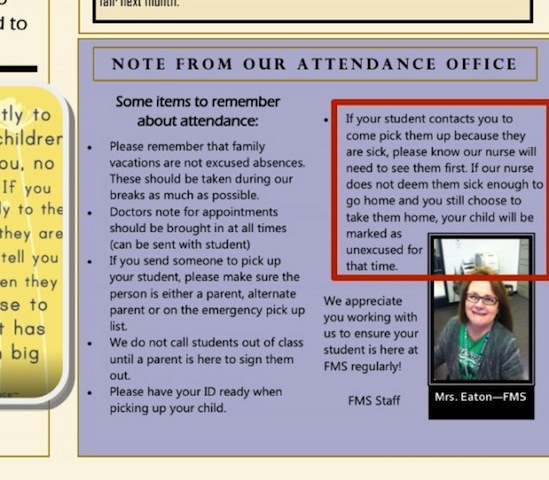 The government will now tell parents when their child may miss school. If you, the parent, decides to take your child out of school for a trip to the Capitol, for instance, you will be required to get permission from the school first, or risk being summoned to family court.

Once upon a time, parents weren’t releasing their children into the custody of the government. It appears that has changed.

Another example, a child calls home to tell Mom he/she is sick. Now, you will be informed that the school nurse–and not you, the parent–will determine if the child may leave with you!

Policy wonks are writing the rules. If you see a group that is an association, or an organization… think “Club.” It is a group of folks that think so highly of themselves, such as the National Governors Association, that they go outside the legislative branches of government to decide how you should live, and then have big business purchase state legislators to throw their constituents overboard for a profit to the legislator and the club members. 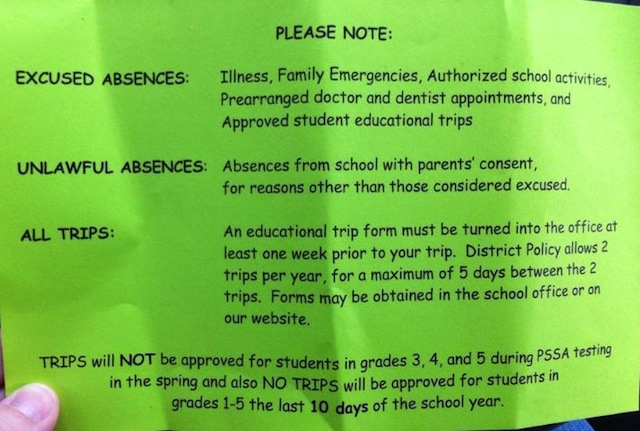 Parents must read in its entirety any permission releases.

The top part may say that access will require parental consent, but upon reading further, permission can be granted by the school.

“No student will be given access to the district’s technology resources until the district receives User Agreements signed by the student and the student’s parent/guardian. Students who are 18 or who are otherwise able to enter into an enforceable contract may sign the User Agreement without additional signatures.”

However, upon discovering that her son was in fact using the school’s computers even though she had refused to sign the TUA, she investigated the whole Usage agreement which also stated:

“Students who do not have a User Agreement on file with the district may be granted permission to use the district’s technology resources by the superintendent or designee.”

Colorado Gov Comes Out Against Homeschooling