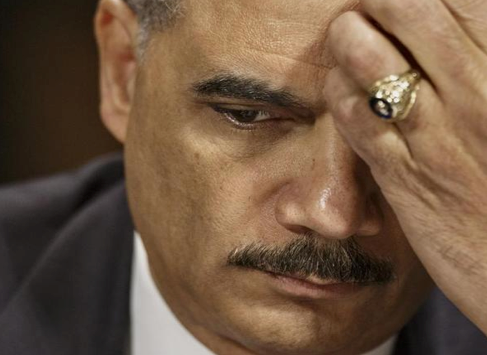 Most Americans have never even heard of Alayne Fleischmann. Yet, the Justice Department, led by Eric Holder, appeared to use her, and her evidence, as a bargaining chip to get more hush money from JP Morgan Chase CEO, Jamie Dimon. As a result, JP Morgan Chase ended up paying one of the largest fines in American history.

According to Rolling Stone, “Fleischmann is the central witness in one of the biggest cases of white-collar crime in American history, possessing secrets that JPMorgan Chase CEO Jamie Dimon late last year paid $9 billion to keep the public from hearing.”

Back in 2006, as a deal manager at JP Morgan Chase, Fleischmann first witnessed, then tried to stop, what she describes as “massive criminal securities fraud” in the bank’s mortgage operations.”

“In late 2006, Fleischmann and her group were asked to evaluate a packet of home loans from a mortgage originator called GreenPoint that was collectively worth about $900 million. Almost immediately, Fleischmann and some of the diligence managers who worked alongside her began to notice serious problems with this particular package of loans.

For one thing, the dates on many of them were suspiciously old. Normally, banks tried to turn loans into securities at warp speed. The idea was to go from a homeowner signing on the dotted line to an investor buying that loan in a pool of securities within two to three months. Thus it was a huge red flag to see Chase buying loans that were already seven or eight months old.

What this meant was that many of the loans in the GreenPoint deal had either been previously rejected by Chase or another bank, or were what are known as “early payment defaults.” EPDs are loans that have already been sold to another bank and have been returned after the borrowers missed multiple payments. That’s why the dates on them were so old.”

As Rolling Stone describes, “This was the very bottom of the mortgage barrel.”

They were like used cars that had been towed back to the lot after throwing a rod. The industry had its own term for this sort of loan product: scratch and dent. As Chase later admitted, it not only ended up reselling hundreds of millions of dollars worth of those crappy loans to investors, it also sold them in a mortgage pool marketed as being above subprime, a type of loan called “Alt-A.” Putting scratch-and-dent loans in an Alt-A security is a little like putting a fresh coat of paint on a bunch of junkyard wrecks and selling them as new cars.

Fleischmann says, “Everything that I thought was bad at the time…turned out to be a million times worse.”

“As it turned out, of course, Chase was selling those rotten dog-meat loans all over the place. How bad were they? A single lawsuit by a single angry litigant gives some insight. In 2011, Chase was sued over massive losses suffered by a group of credit unions. One of them had invested $135 million in one of the bank’s mortgage–backed securities. About 40 percent of the loans in that deal came from the GreenPoint pool.”

Six years after the crisis that cratered the global economy, it’s not exactly news that the country’s biggest banks stole on a grand scale. However, the more critical part of Fleischmann’s story is in the pains Chase and the Justice Department took to silence her.

While she tried to come forward with critical information, Fleischmann states she “…was blocked at every turn: by asleep-on-the-job regulators like the Securities and Exchange Commission, by a court system that allowed Chase to use its billions to bury her evidence, and, finally, by officials like outgoing Attorney General Eric Holder, the chief architect of the crazily elaborate government policy of surrender, secrecy and cover-up.”

Fleischmann says she later realized that the government wasn’t interested in having her testify against Chase in court or any other public forum, for that matter. Instead, the Justice Department’s political wing was just using her and to get more money from Dimon. Well, it worked. Within weeks, Dimon had increased his offer to roughly $9 billion.

“This past year Fleishmann watched as Holder’s Justice Department struck a series of historic settlement deals with Chase, Citigroup and Bank of America. The root bargain in these deals was cash for secrecy. The banks paid big fines, without trials or even judges – only secret negotiations that typically ended with the public shown nothing but vague, quasi-official papers called “statements of facts,” which were conveniently devoid of anything like actual facts.”

And now, with Holder about to leave the Justice Department, reportedly wrapping up final settlements, the state is effectively putting the finishing touches on what will amount to a sweeping, industry-wide effort to bury the facts of a whole generation of Wall Street corruption.

Fleishmann describes the toll this whole ordeal has taken on her life over the past few years. However, she also says, “I could be sued into bankruptcy. I could lose my license to practice law. I could lose everything. But if we don’t start speaking up, then this really is all we’re going to get: the biggest financial cover-up in history.”