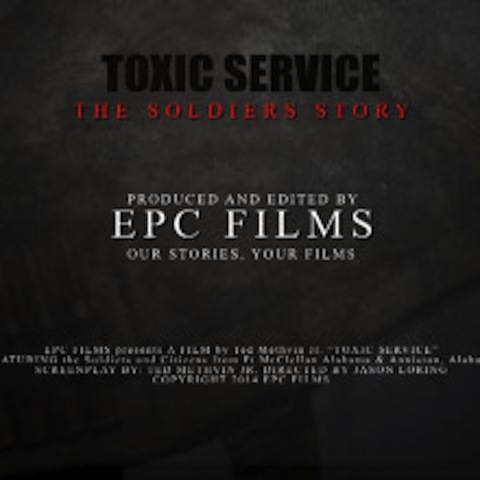 Over the last few weeks, I have done extensive coverage of the toxic exposure at Ft. McClellan and the stories of America’s Veterans. I had the chance to speak with Jason Loring, CEO of EPC Films and Director of Toxic Service: The Soldiers Story.

BB:  Why did you decide to create this documentary?

Jason Loring:  Well it was probably two weeks after Ted learned of the toxic exposures out at Ft. McClellan, that he called me one night where he began to tell me of horrifically tragic tales from soldiers once stationed out at Ft. Mac, and how they and along with himself, have been exposed to some really bad, and I do mean bad stuff.  His tales ended with one simple phrase: “I want to do a film for them!”  And like a reflex test conducted by your doctor, I instinctively blurted out, “I’m in!”  Never minding the film we had already started pre-production work on, I mean we dropped everything. That’s how important this project became to the both of us. The fact that men and women who served this country with honor are now being dismissed by the VA for medical coverage due to toxic exposures incurred in the line of duty was nothing less than disturbing, and disgusting.  We had no choice. We had to make this film.

BB:  How were you made aware of the toxic exposure at Ft. McClellan?

JL:  This goes back to Ted once again. It began when Ted wanted to look up some old Army buddies online, and his search lead him to a Facebook Group for Ft. McClellan Vets. It was on this site that he learned about all of the lethal toxins that soldiers, were exposed to while stationed at Ft. Mac.

BB:  How long have you been working on the film?

JL:  Like any Bill, Initiative, or Proposition up before Congress, the key to having your voice being heard is to say something. Write a letter, send an email, call your representative directly, or take to social media, and make your point clearly and concisely. Spread the word if you will.

No Religion in School—Unless You're Buddhist?