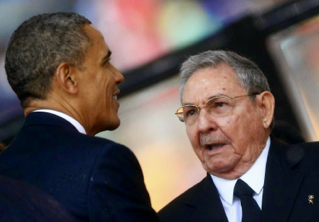 The Soviet Union did not have to fall. If Carter had won a second term and Mondale had succeeded him, the Communist dictatorship might have received the outside help it needed to survive.

And we would still be living under the shadow of the Cold War.

Carter couldn’t save the Soviet Union, but he did his best to save Castro, visiting Fidel and Raul in Cuba where the second worst president in American history described his meeting with Castro as a greeting among “old friends”.

Raul Castro called Carter “the best of all U.S. presidents”.

Carter couldn’t save Castro, but Obama did. This was not a prisoner exchange. This was a Communist bailout.

Obama boasted that he would increase the flow of money to Cuba from businesses, from bank accounts and from trade. When he said, “We’re significantly increasing the amount of money that can be sent to Cuba”, that was his real mission statement.

The Castro regime is on its last legs. Its sponsors in Moscow and Caracas are going bankrupt due to failing energy prices. The last hope of the Butcher of Havana was a bailout from Washington D.C.

And that’s exactly what Obama gave him.

Obama has protected the Castros from regime change as if Communist dictators are an endangered species.

From the beginning, Obama put his foreign policy at the disposal of Havana when he backed Honduran leftist thug Manuel Zelaya’s attempt to shred its Constitution over the protests of the country’s Congress and Supreme Court. And its military, which refused to obey his illegal orders.

Obama’s support for an elected dictator in Honduras should have warned Americans that their newly elected leader viewed men like Zelaya favorably and constitutions and the separation of powers between the branches of government unfavorably. It also showcased his agenda for Latin America.

His embrace of Raul Castro brings that agenda out into the open even if he still insists in wrapping it in dishonest claims about “freedom” and “openness” while bailing out a Communist dictatorship.

Obama began his Castro speech with a lie, declaring, “The United States of America is changing its relationship with the people of Cuba.” 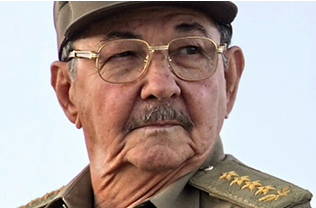 This is a retroactive endorsement of the Castro regime and its entire history of mass murder and political terror. Obama is not trying to “open up” Cuba as he claimed. He likes Cuba just the way it is; Communist and closed.

His dictatorial disregard of the embargo, which can only be eliminated by Congress, in order to support a dictatorship, is a disturbing reminder that the road he is walking down leads to a miserable tyranny. Cuban-American senators from both parties have been unanimous in condemning the move. These senators are the closest thing to Cuban elected officials. But Obama disregarded Senator Menendez, a man of his own party, Senator Marco Rubio and Senator Ted Cruz.

Instead Obama chose to stand with Raul Castro and his Communist dictatorship.

Obama tried to whitewash his crime by exploiting Alan Gross, a USAID contractor who was imprisoned and abused by the Castro regime, as if the release of an American hostage justified helping the men holding him hostage stay in power. And the media, which was reprinting Castro’s propaganda claiming that Gross’ imprisonment was justified, is busy now pretending that it cares about his release.

He had similarly tried to whitewash his Taliban amnesty by using Bergdahl and his parents as cover. If a deal is struck with Iran, the release of Robert Levinson, Saeed Abedini or Amir Hekmati will almost certainly be used to divert attention from the fact that their own government has collaborated with the thugs and terrorists who took them hostage.

Even though Obama criticized European countries for paying financial ransoms to ISIS, his own ransom paid to the Castros is worth countless billions. And the blood money pouring out of American banks into the Castro regime will encourage other dictatorships to take Americans hostage as leverage for obtaining concessions from the United States. Americans abroad will suffer for Obama’s dirty deal.

No European country recognized ISIS in exchange for the release of hostages. Only Obama was willing to go that far with Cuba, not only opening diplomatic and economic relations, but promising to remove the Communist dictatorship from the list of state sponsors of terror despite the fact that the last State Department review found that Cuba continued to support the leftist narco-terrorists of FARC.

FARC had taken its own American hostages who were starved and beaten, tortured and abused.

Now Obama has given in to the demand of a state sponsor of terror to be removed from the list of state sponsors of terrorism in exchange for releasing a hostage.

Obama has sent a message to Iran that the best way to secure a deal is by wrapping it in an American hostage. He has told ISIS that we do negotiate with terrorists. And he has once again demonstrated that his vaunted “smart power” is nothing more than appeasement wrapped in excuses and lies.

But Obama did not act to help Alan Gross. He did not even act because he genuinely thought that diplomatic relations would open up Cuba. In his speech, Obama used the claim commonly put forward by Castro apologists that the very fact that the Castros were still in power proved that sanctions had failed. Yet the lack of sanctions against Cuba by the rest of the world certainly did not usher in the new spirit of openness that Obama is promising. Rewarding dictators with cash never frees a nation. This was not about saving Alan Gross. It was about saving Raul Castro.

Obama and Castro are both weakened leaders of the left. Like the Castros, Obama has lost international influence and his own people have turned on him. The only thing he has left is unilateral rule.

If Obama saw something of his own hopes and aspirations to engage in a populist transformation of the United States in Manuel Zelaya or Hugo Chavez, his horizons have narrowed down to those of Raul Castro. His ability to remake the world has vanished and the American people are revolting against his collectivization efforts. They want open health care markets, free speech and honest government.

Obama can no longer remake the Middle East, he certainly can’t bring the Soviet Union back from the dead, but he could still bail out Raul Castro and maintain Communist rule in Cuba. 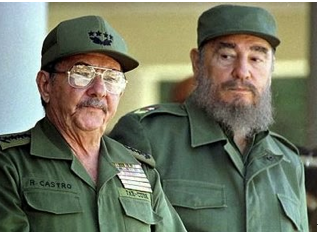 We can never know how history might have been different if Carter had gotten a second term or if Mondale had replaced Reagan. But Obama’s deal with Castro reminds us that the end of the USSR was not inevitable. It happened because we stood up against the tyrants in the Kremlin and their useful idiots in the White House.

Politics, Guantanamo and the State of our Troops this Christmas