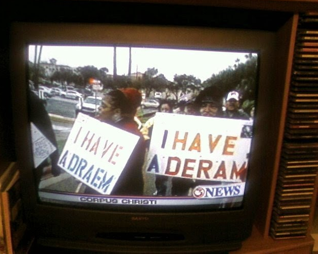 The angry rioter is a sacred figure in the progressive pantheon of social justice. The shirtless men in bandanas carting away cell phones are so outraged by injustice that they are willing to take to the streets and do what progressive hipsters taking social justice selfies of themselves in souvenir t-shirts plastered with the face of the latest victim of “white supremacism” can only dream about.

But the saint of the looted convenience store is as mythical a figure as the selfless community organizer. The race riot isn’t a bubbling stew of outrage out of which wounded souls emerge to cry out for justice. It’s a complicated criminal conspiracy in which the perpetrators rarely suffer any consequences.

Here’s how a race riot is actually put together.

3. Riots aren’t fed by outrage, but by opportunism

The rest are there to get some attention while providing them with protective coloration. 9 out of 10 people screaming frenziedly while holding up “Black Lives Matter” signs would eagerly scream and hold up “Justin Bieber 4 President” or “Ferguson Loves the KKK” signs if it got them positive attention and a shot at being on television.

Everything you need to do know about why the riots fizzled out can be read on a thermometer. On Monday, when the grand jury failed to indict Officer Wilson, the temperature hit a high of 57 degrees. The next day it was still in the forties. Now that the temperature is in the twenties, the riots have fizzled out.

Weather breaks up a riot faster than appeasement. It’s hard to riot when your teeth are chattering.

There’s a reason that riots usually happen in the summer. If the grand jury verdict had been issued in January, it would have been met peacefully.

The riots in Ferguson didn’t happen because of outrage, but because the gathering mobs were told by everyone from CNN right up to Governor Nixon that angry protests were expected and would be tolerated. That was as good as throwing a match into a spreading pool of gasoline.

2. The rioters and looters aren’t burning their own community

A riot has two components. There are the bored and irritated locals who begin swarming streets because they have no jobs, it’s hot outside and there’s nothing good on television. They will loosely agree with whatever issue is on the table, but they aren’t all that worked up about it. 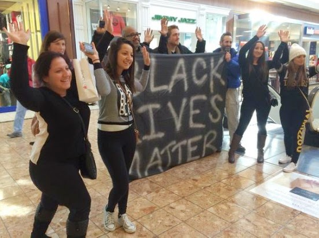 And then there are the outsiders.

Before the riot, community organizers, citizen reporters and assorted activists show up to coordinate, spread slogans and justify the coming violence. They want violence far more than the locals do and they taunt police and try to create incidents, but they usually avoid personally engaging in violence.

(In the early twentieth century the group stirring up riots was usually some arm of the Communist Party. Later a variety of leftist groups, many closely entangled with the Democratic Party took over. The Ferguson protests are somewhat unique in the sizable Muslim presence with their activists playing the same role that the Communist Party used to play a century ago.) Most of the damage is done by looters and rioters from other areas looking for an opportunity to burn and steal. Some locals will tag after them, but they are usually responsible for the worst of the violence.

Being outsiders they’re unknown to the police and rarely have to worry about being identified afterwards. And they don’t care about burning down someone else’s community.

The media usually sticks to its narrative of an outraged community that engages in excesses, especially when it can’t tell apart the locals from the outsiders. Local cops can, but no one in the media listens to them. Arrest records usually show that most of those charged in the more violent crimes aren’t locals, but the media remains immune to facts that conflict with a favorite narrative.

1. Riots are about power, not for the rioters, but for the establishment

“We must not reprimand our children for outrage when it is the outrage that was put in them by an oppressive system,” Al Sharpton had said, in the aftermath of the murder of a Jewish student by an angry black mob.

This same rhetoric was used by the inciters of the violence in Ferguson and has been used in similar riots going back generations. Its major theme is that the rioters are free to do whatever they want. They carry no moral responsibility for their actions.

And what they want is to smash and steal anything they can get their hands on. This isn’t outrage. It’s textbook amoral behavior. The riot doesn’t release anger; it frees the perpetrators of their morality. 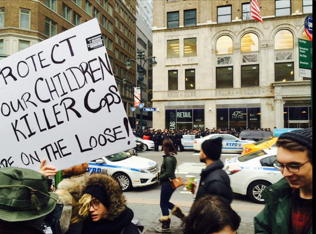 Sharpton’s riots weren’t about helping anyone except himself. By associating himself with violence, he sold the idea that he was an influential figure in the black community. Whether or not Sharpton was actually popular, his rise to the top of the political establishment became a self-fulfilling prophecy.

Riots are about perception, not reality. The ringleader tries to keep his hands clean while convincing the establishment that he can turn the violence on or off any time he wants to.

Ferguson is the product of a new generation of Sharptons, ambitious activists feeding hate, of the New Black Panther Party’s obsession with becoming relevant, of the ragged hipster ends of Occupy Wall Street drifting from occupation to occupation, of Muslim agents dreaming of turning African-Americans into a fifth column and of Obama’s clumsy efforts to keep on playing community organizer by feeding racial grievances and then pretending to rise above them.

Those who gain from unleashing chaos and violence are not the powerless, but the powerful. Sharpton rose to his important role as Obama’s liaison on a trail of bodies. Someone operating in Ferguson hopes to be the next Sharpton. Meanwhile Obama is playing a perverse fusion of Sharpton and MLK, amping up a bad situation and then telling blacks and whites that they need to rise above it.

It’s an old and cynical game that has been played in and around the Democratic Party for too long.

The answers to Ferguson can’t be found in its streets. The problem didn’t come from there. It came from a black political establishment that lights the fuse for its own power and profit.

Have Obama’s Policies Really Improved the Economy? Not So Much.