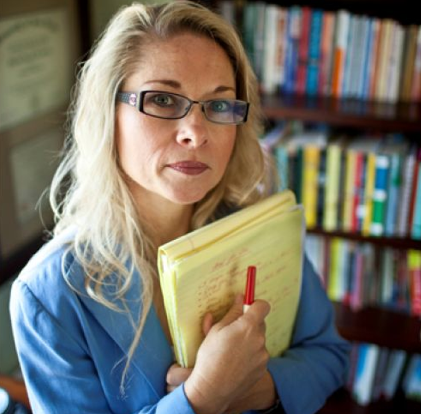 Rebecca Friedrichs, a teacher in California, is leading the fight against the California Teachers Association (CTA), arguably one of the most powerful unions in the state. Friedrichs is one of nine teachers suing the CTA, saying union dues have violated their First Amendment rights.

“The rights of millions of teachers have been obliterated for decades,” said Friedrichs. “In 26 states, teachers are forced, as condition of employment, to pay fees to unions, even when we disagree with their policies, both inside and outside of the classroom.”

While the case, Friedrichs v. California Teachers Association, was recently seen as a defeat in the Ninth Circuit Court of Appeals, the case could eventually go to the Supreme Court sometime in 2015.

“If the Supreme Court does the right thing and sides with liberty, the unions will still be able to make their voices heard in the political arena, but they will no longer be able to force dissenting employees to associate with or pay for union speech,” said Friedriches. “Forced unionism has resulted in the unintended consequences of forced speech and forced association with unions for millions of workers against our wills.”

According to Friedrichs, she won’t seek reimbursement for past dues she was forced to pay to the CTA. Instead, she would be happy knowing freedom has been restored and Americans would be able to make their own decisions.

“We desire for all Americans, whether they’re public sector employees or private sector employees, to be able to decide for themselves, without fear or coercion, whether or not to join or fund a union. We believe that unions should have the freedom to represent those employees that choose to hire unions; we would never seek to destroy the freedoms of others; that’s un-American.  The only precedent we hope to set is a restoration of the liberty of all Americans,” said Friedrichs.

As a Californian, I hope the Supreme Court takes up Friedrichs case. I’ve seen how powerful the CTA is, especially when it comes to tenure and teachers rights. Teachers have more protection than the students. It’s almost impossible to fire an ineffective teacher, even if their students are struggling. The reason for that? CTA forces teachers to pay into this union and then uses their money to lobby the state legislature to protect teachers who don’t deserve it.

It’s time to remove this part of the bureaucracy. It won’t abolish the union or their clout, but it will diminish the amount of money they have to play in political campaigns. This could be a huge stepping-stone for minimizing just how powerful unions can and should be.

Good luck to you, Ms. Friedrichs! This Californian is behind you 100%!

Why Does Al Sharpton Have So Much Influence in the White House?