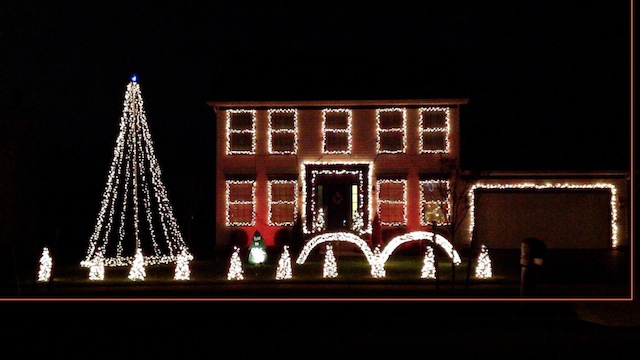 Buffalo sports fans take every opportunity to celebrate their hometown teams—and this holiday season one family’s elaborate yuletide display has lights synchronized to the “Sabres Dance” and the Bills’ version of the 1959 song Shout by the Isley Brothers. In the Bulffalo version, fans sing along to the lyrics, “The Bills make me want to shout.”

The Powers family of Lancaster, New York has been synchronizing lights to the Sabres music since 2011, but this is the first year adding the Bills medley to it. “This year was a big year for both teams as they (the Bills) were purchased under the same (Sabres) owner and we are now one Buffalo,” Bill Powers told Politichicks.

Powers has set up a Facebook page with information on when the light show can be seen. In addition to the “One Buffalo” tribute, the lights have also been synced to holiday music, including “It Must Be Santa” and “Feliz Navidad.”