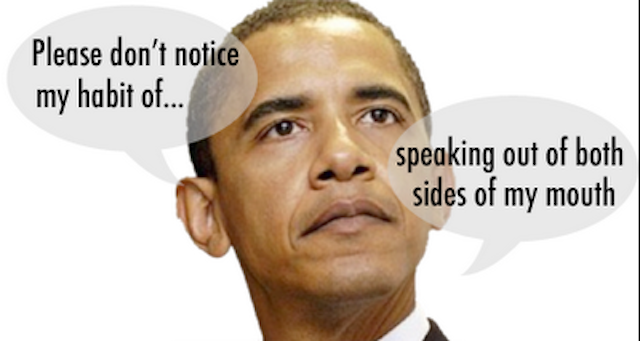 On Tuesday, Secretary of State John Kerry appeared before the Senate Foreign Relations Committee claiming that while an updated Authorization for the Use of Military Force from Congress would be nice, Barack Obama insists he has full Constitutional power to introduce ground forces wherever he so chooses across the world to fight ISIS under the notion said military action is just an extension of the fight against al-Qaeda via the AUMF passed by Congress over a decade ago.

Let’s set aside the fact that Mr. Obama officially declared hostilities in Iraq at an end not so very long ago. No, we shall re-visit the opinion of Obama for that very AUMF wherein his vote as senator was required, and his reasoning for voting against it:

That’s what I’m opposed to. A dumb war.”

So what are we to conclude, that it is no longer a “dumb war” because the person in charge is Barack Obama? Is he going to paraphrase Kerry, tell us he was opposed to the war before he was for it? How much of a distraction from the utter failure to insure the uninsured his ObamaCare has been, not just to them but to all of America will this latest round of pre-authorized use of military force be? Will it distract from the worsening of the poverty rate, the on-going drop in the median income through the years of his presidency, is it to be used to continue to distract from the non-stop political scandals he and his Administration have perpetrated?

Who knew Obama’s level of hubris, that his ego could be this enormous as to believe not one American would recall and hold him accountable for his own derision of the United States Military and Congress? Who’s the political hack now?