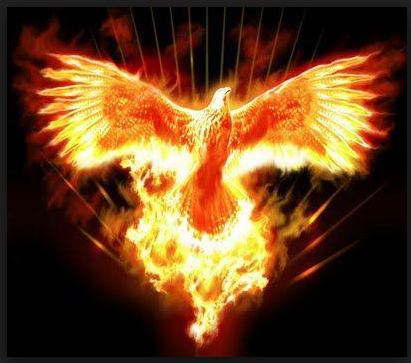 Sometimes so much happen at once, it can be overwhelming, especially with so many thoughts running in too many directions.

Throughout history, for as long as humans have existed there have been people of every race or ethnicity who have suffered oppression, enslaved, sold as property, suffered violence, humiliation and degradation. Every race has had people both poor and wealthy. Every person regardless of skin shade who has been given the chance to be born is given life; an opportunity to do something with it and everyone born eventually passes away. It’s the stuff in the middle- the seasons between birth and death which define things, not our skin, eye or hair color.

We all are born into the world and we all make choices. We all have dreams, gifts, talents, but it’s how we choose and how we use our gifts, talents and dreams which define who we will become.

Some people are born into wealth and privilege, and squander everything, waste their money and life, doing little to benefit anyone. Some take what they’ve been born into, in gratitude of previous generations who built what they enjoy, and add onto it. They work hard and give back much of if not most of what they earn. Others are born into extreme poverty yet work hard, and with help from others rise above and pull themselves out of it to be productive and often give back in the same way they’ve been given. Still others are born into poverty, and stay there. Whether they blame their circumstances for their poverty, or they find no one to help them make use of their gifts, they choose to remain generations who are ‘maintained’ by government welfare programs and grow bitter at the hands which feed them.

Everything in life is a choice. Choices have consequences, whether good or bad, beneficial or destructive. There is no one who has made perfect choices through their lives, but still they have the choice to change or not.

I didn’t focus as much on the growing situation in Ferguson Missouri these past months, but I was aware of what was happening, just as I was aware of the same main players there who have been so quick in the past to show up in other towns and cities when they see an opportunity to set the bait. Seems like the same faces with different stories, and yet with the media’s choice to make hourly headlines, they become accessories to all these same kinds of events which they help fuel and light.

The day that a young man chose to steal and then assault a store owner, sparked choices all over the city which have lasted months. I have to wonder, did anyone ever stop to think that this young man who was over 6 feet tall and weighed over 250 pounds, suffered consequences that were born by the choices he made? I guess my question was answered when the people made a choice to participate in more violence, looting and rioting, as if their choices are righteous and somehow justified.

When the media, local politicians, and same players exploited the situation and dangled the carrot daily as the Grand jury decision was coming down, did they anticipate the massive backlash of burning, destruction, damage and injury? I have to think yes they did, and they made the choice again to exploit the timing, as, some have said, burning cars and buildings are more dramatic at night than in the day time.

It made me sad to see not only the damage done to people’s dreams and hard work, but the instigators who perpetuated the idea that this was another case of a sweet young kid murdered for no good reason by a bad white cop. I’d like to know where these same talking heads are every time an actual sweet young kid is murdered for no good reason because of a stray bullet intended for a rival gang member, or because of some junkie looking to score a wad of cash for his next hit. Or how about a baby in his stroller who is murdered because his mom wasn’t quick enough handing over her purse?

It’s tragic and makes one angry when violence happens, but violent choices beget more violence. If community organizers, leaders and clergy focused more on promoting moral choices instead of stoking hate, if people remembered character and honesty instead of playing the blame game, maybe the Michael Browns of our country would be still alive.

Michael Brown and thousands of others make choices every year around this country, and they pay with the consequences of either prison or death. In a nation of over 300 million, there are millions who go about making choices in their lives to better their own, their families and the lives of those around them. They work hard, save, dream, build and enrich their communities. Still others choose to live to protect or save others, often times giving their own lives to do it. Where are the politicians, media and celebrity pastors for these people?

I have spent this past week seeing two Americas. One is driven by an ideology which is quick to see color, yet calls others racist. They exploit others’ circumstances, many of which exist in because of the politicians they keep electing, yet they call the other side of politics racist and hateful. This ideology promotes blame, abhors personal responsibility and puts people into neat little boxes and dares to criticize those who refuse to be kept. This is the America which has forgotten the pursuit of happiness and demands rights to have happiness at the expense of others who work towards their own. They have forgotten God- even while using His Name for social justice, and somehow believing this gives them the right to be judge and jury, while forgetting that the God they use is a Holy Righteous God who created all of us with free will to make our own choices, yet warns us of consequences. This is the America that progressivism has been leading us to.

The other America is the one I believed in before I came here, and is the one that is prevalent yet ignored and mocked by the mainstream media, popular culture, most politicians, public school educators and university professors. This America is a community of loving, caring and considerate people, who love God, their country and complete strangers they’ve never met. They are frustrated because they see the other America promoted and are concerned that the next generations will not know the Real America. Yet they still make the choice to maintain it by continuing to work hard and teach others regardless of background and circumstances that they can still dream and make their lives more meaningful. This America existed in parts of Ferguson too, but now their dreams lie in burned piles of rubble. Were they innocent bystanders who got caught in the crossfire of the other America where covetedness is promoted and responsibility is replaced by victimhood or were they destroyed because they dared to choose to better themselves?

We all need to make a choice which determines which America we want to live in. I live in the Real America, and have been incredibly blessed in spite of painful events in my life past and present. I have some tough choices ahead of me. I hope I make the right ones, but if I don’t, it won’t be the fault of others. Wherever my life’s road goes now, whatever choices I face, I will still be able to pick up the pieces and carry on to something better. Because the real America has always been a place people could dream and build from ashes.