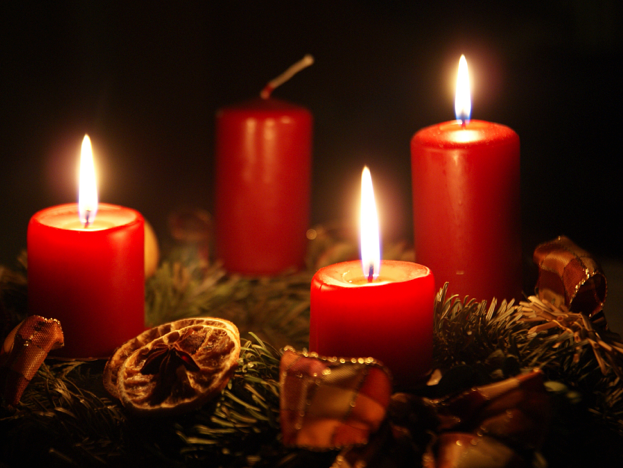 During this advent season my church is focusing on hope, peace, joy, and love. When listening to sermons about hope I always feel convicted because my hope oftentimes lies in things that are temporal.

Oh how wrong I was! Somewhere deep in my heart and mind I had placed false hope in the 2014 midterm elections. I had placed too much hope on the success of the republicans and on the gubernatorial race here in Oregon. It was a mighty blow, even if it was expected by my cynical side, to have my candidate lose. Nothing in Oregon will ever change with our historical 4th term governor who truly aims to tear down anything even resembling traditional or wholesome.

So I had a small reality check on November 5th. However, for some reason, I was able to bury it and move on. “After all,” I told myself, “I’m a Christian and my hope is in the Lord who never changes. No matter what happens in this temporal life, I have hope in a promise that is unseen but never changing.”

Then for some reason when the omnibus bill passed last week giving Obama approximately 1 trillion dollars to spread his big government, communist ideas, well, I was stunned. While I was getting my bearings after that sock in the gut I learned how many republicans voted for this. That was like rubbing salt in the wound.

But we have a “savior,” my subconscious shouted! Ted Cruz and his pals are going to force a vote on amnesty! We still have a voice! Of course I read then about how the establishment republicans raked Cruz and his friends over the coals for daring to do what they ALL should be doing, for all bills. Asking questions, forcing votes, doing their jobs, in other words.

That’s when I received the “death blow.” Oh what a sad Christian I am. All the while I’m consciously saying that I’m the daughter of a King, the one true King who will be above all governments and will wipe away my tears and end the world’s suffering and create true peace on Earth…in my heart, deep down in there, I put my hope in something else.

Lord, I am convicted. Jesus has conducted a precise and painful surgery on my heart in the last week and through his mercy has shown me that while I proclaim one thing, in my heart was another. Through His grace I am forgiven. Though He works in me He is not finished and I thank Him for that! I am far from being who I am meant to be.

I pray for guidance every day as I continue to walk through this minefield of education reform and politics. In all that I do I need to be representing my Lord and Savior. As someone recently pointed out, I belong to Him, I am wearing His name and I need to represent Him well.

Won’t you please remember this advent season that with all of the garbage going on around us in this temporal world that Jesus is where our hope should lie. I am not saying to quit paying attention to what is happening in the world and around us. Rather, we should look at it with an eternal view.

We are promised eternity with Jesus and God the Father. All of this is just a vapor in the wind.

Let us not miss the forest for the trees. Let us remember we are in the world, but not of the world. Let us uphold other Christians and gently remind each other that there is one thing we must hope in. Jesus Christ, our Lord and Savior. The greatest gift of all.

Retailers Paving the Way for Misfortune

U.S. GOP Congressman Says Jeb Bush Would NOT Get His Vote