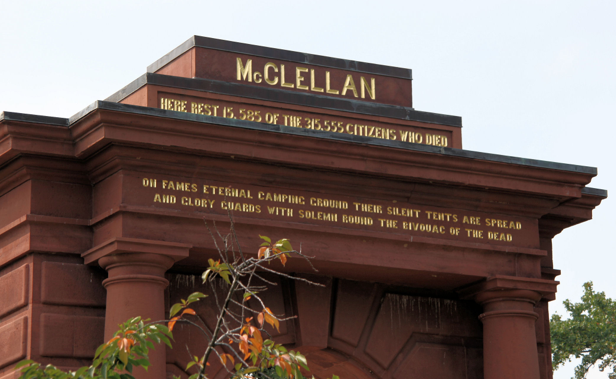 Recently I wrote an article about the toxic exposure at Ft. McClellan, where the Department of Defense is keeping the exposure under wraps. Since then, I have received an outpouring of emails from Ft. McClellan Veterans, talking about their service and the conditions they’re now dealing with. These are a few of their stories.

“I was at Military Police (MP) training from February 1982 – June 1982. I also completed Basic and Advanced Individual Training (AIT). I was diagnosed with precancerous Colon polypos, high blood pressure and type 2 diabetes. In 2013, I was diagnosed with Acute Lymphocytic Leukemia, high cholesterol and Fibromyalgia.

“I served at Ft. McClellan from April 10, 1998 – July 31, 1998. I was there for basic and One Station Unit Training (OSUT.) I drank copious amounts of tap water and rolled in the dirt, etc. Shortly after arriving to Ft Drum, NY – my first Permanent Change of Station (PCS) – I began to form these tumors. I had one pea sized one partially removed from my waist area. I developed dozens of them rapidly. I have since had 4-5 more removed – dime sized to golf ball sized. They seem to be pocketed at nerve endings. After these developed, they basically stopped forming. I don’t have any new ones per say, but I still have around a dozen in my body. Two on my back near my spine that feel like hot pokers. The doctors could not explain them. I have no medical history of them. When I transitioned out of the Army in 2003, the Army Career and Alumni Program (ACAP) process and the VA assisted me in obtaining a 10% rating for “residuals Lipoma removal left hip.” My other medical issues are chronic fatigue, acid reflux, dry skin patches, mental focus issues, arthritic conditions. I reported these symptoms and was screened for diabetes at 22 years old in 2002.  I’ve not seen a VA doctor since I got out. They have all been civilian. The VA hepatitis issue scared me off. I have a good family stock without these medical conditions. My grandparents are in their 90s! Vets at least need to be recognized as exposed to this junk. I know I don’t feel like a normal 35 year old should feel. It’s not fair. We at least need to be monitored & treated.”

“I spent my Basic and AIT Training (Military Police) at Ft. McClellan. I started getting sick about a year after leaving Alabama but did not know why. It took many years before I become fully incapacitated to the points I was unable to work. I now have multiple heart conditions and various other health conditions. I have Pulmonary Hypertension (Fatal) and I am in heart failure. I have no way of proving that my Pulmonary Hypertension is service connected because it came on later in life; however I started having breathing issues within months of getting out of the Military. I had considered it asthma that I knew ran in the family. Little did I know it was a death sentence caused by the chemicals at Ft. McClellan. I need HR 411 to pass any the government to step up and make this a service connected issue for those of us who deserve it.”

Write or call the House of Committee on Veterans’ Affairs and their Subcommittee on Health and encourage them to pull H.R. 411 out of committee and onto the floor for a vote! If this bill dies in committee at the end of the year, the Ft. McClellan Veterans will have to have another bill introduced in the House.

Click here to submit a letter via their online form.

Each individual member of the House Committee on Veterans’ Affairs can be reached at:

Rise Up, America – This Nation Is Still Worth It