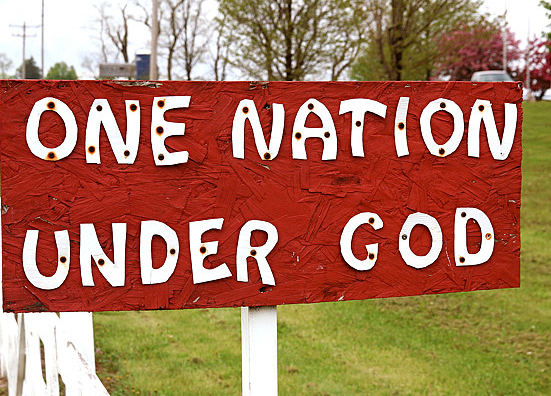 As the world seems to be going mad all around us, we need to take a moment to focus, and remember who we are and what really matters. Injustice and violence appear to be the order of the day. Our newsfeeds are filled with such destruction that it is easy to wonder, where did America go? Have we lost the ideals and values we have known and loved forever?

I say no. But we are at a crossroads. We face choices before us that have incredibly far-reaching consequences. We can give up, retreating into what little safe place we can find, avoiding the news, and hiding our heads in the sand. We can despair of hope and join the dark side, participating in the madness and perpetuating the problem.

Or we can choose to rise up, and remember who we are, as Americans, as one nation under God, just like the Proverbs 31 woman, who “gets up while it is still night.” This is such a powerful picture that we, as men and women in this nation, in this season, need to recognize.

That little verse has been commonly misunderstood to mean that a nice Suzy Homemaker gets up before the sun comes up to fix breakfast and do the housework, secure in her own little bubble and isolated from the world. As we see Ferguson burn, our borders ignored, and children being legally kidnapped from good homes, we have the option of busying ourselves and shutting out the world. And that may work, until the fight comes to our own front doorstep. But it won’t help our nation.

But the picture in Proverbs is not that picture at all. The word “night” here is a picture of a dark time, the season when all around us seems lost, when destruction of our very values and way of life is all we can see, because it is so dark.

In that time of darkness, we are not told to just get out of bed and muddle through another day. The word that is translated “gets up” in the NIV or “riseth” in the King James version is literally a warfare term in the original Hebrew! The Proverbs 31 woman, as an example to us all, “rises up” in strength and honor, to fight the forces of darkness. It is a term of strength and power, not of resignation.

In other places in Scripture, the word is used to mean that the armies of David rose up against their enemies, or that God rises up to bring justice. It is this meaning that we must remember now.

Our nation stands at a precipice, determined to run off the cliff into a very horrible place. It is up to us to rise up, standing strong against the tide, fighting for the good that is still worth fighting for in America. For there is much good. People still come through for each other in a crisis. Beautiful children are still being born who deserve a better future. Families still matter. And God is still on the throne. There is still more that unites us than divides us – we just have to buck the system and look harder to find those things. But they are there. And they are worth fighting for.

As I scrolled through my newsfeed on Facebook earlier today and saw all the ugly and the hopelessness, I saw a video that is a powerful reminder of the good that this nation was founded upon, that for which men and women have given their lives to secure.

As we see the darkness around us, may our eyes be opened to remember who we are, and may we choose to “Rise up while it is yet night.” We are Americans, and America is still worth fighting for.

Ferguson. Sticking to the Script, But Whose?