A couple of weeks back social media feeds were burning up the web all a flutter with the name Mitt Romney. The Governor’s name was on the lips of the Beltway residents in particular as they compared notes and wondered aloud “Was Mitt Romney was right about Russia (and everything else)?”

Personally I have no problem with Governor Romney in any fashion be it as a political candidate or as a man. I have met him on more than one occasion and proudly campaigned for him each time he ran for President and would eagerly do so again because he is a kind, genuine, smart, hardworking, honest, sensible, trustworthy American man, if nothing else.

Quite frankly I do not understand wanting the job because the stress of being President has to take ten years off a lifespan, you can never win because half of the country is usually mad at you and throws all privacy out the window for you and your family, you are responsible for every single death in the military, you can’t be more than a few feet away from ‘the box’, you and your loved ones are guarded by secret service (well that part might be fun, they look so good in those sunglasses, suit and ear piece) and have to drive in an armored car because of the violent nut jobs out there. Not my kind of dream job still, someone has to do it and if the good Governor were to throw his hat back in the ring I would be behind him, again. I would vote for him in the primaries.

But if Governor Romney did run again but did not win the Republican nomination I would vote for whoever did. It matters in the least that we as individuals are keen on different politicians when imagining a list of people to decipher from for the next Presidential election. Political junkies have been pondering this scenario since before the last election was even tallied.   What does matter when doing early speculation of our nominee for President in 2016 is that at the end of the day all conservatives, libertarians, tea partiers, and independents alike vote for the same candidate.

Our Nation really is a multi-party system with a survival of the fittest foundation that is needed to thrive. This is a very big country where each of our voices are to be heard and can be heard, if we exercise the right and privilege to vote, each and every time we can vote. Inner factions and splits in ideology amongst the political party, Republican and Democrat alike are to be dissected and agreed upon by National Convention time. In the old days the candidate and platform was introduced at the Convention with pomp and circumstance amongst wonderful hats, a sea of flags and people with stars in their eyes as they listened to politicians promise them hope and a brighter future. Come opening day of our Conventions in the 21st century candidates are ready to hit the ground running and we at the grass roots level need to be in step.

Anyone who studies campaign results can assure you lessons are learned from election outcomes, jubilant and disastrous alike. One of the lessons from 2012 is the steadfast need for cohesiveness and strength in numbers when and where it counts the most, at the polling place on the first Tuesday in November, every four years.

We did not have the numbers or the turnout for Governor Romney concluding a variety of factors that could seriously not compete with the ‘Great One’ who is in office now. God help us.

Speaking of God, religion and politics are the two subjects that most American children are taught from a very young age that they are never to mix or discuss in public. I disagree completely because political discourse is imperative for a thinking nation to be involved and in tuned to the processes that guide their lives. Religion should not be a sensitive subject but sigh, tell that to the folks in Northern Ireland, the Middle East, and here in America too.

None the less, religion is not a dirty four letter word and should be treated with due respect concerning our politicians. The character of the men who stand to be elected as our president will unfold to us each election year. Their assets and attributes will be highlighted be their own party and underscored by their opposition. So religion is a part, an ingredient of the man and should be considered by his behavior not where he prays. Because our Christian nation does not dictate religion denominational snobbery should never be a part of the mix.

Winston Churchill was a Christian and a man of wise words and preponderance; these are his thoughts on religion. “The practice [of prayer] was comforting and the reasoning led nowhere. I therefore acted in accordance with my feelings without troubling to square such conduct with the conclusions of thought.” and “If you tried your best to live an honorable life and did your duty and were faithful to friends and not unkind to the weak and poor, it did not matter much what you believed or disbelieved.”

So when the first Tuesday of November 2016 rolls around and you find yourself alone in the voting booth with your brain, heart and soul, I hope you put into effect that which you know is correct. Let the Historical facts of President Obama’s disastrous stay at the white House and what his party represents linger fresh in your mind as you reflect on whatever two candidates there will be, from which to choose from. And completely regardless of religious affiliation from the hallowed pews of Catholicism, Mormonism, and Protestants and all the chapels in between to breaking bread in a Temple on Friday nights. You will quietly prepare to punch a card or mark a ballot. Your individual voice will make history with the final tally. Use it wisely and if your favorite candidate is not on the list, vote for the best one that is.

The inspirational spot where we are free to stand for five minutes every four years should not be spent in contempt without reason. There is no perfect candidate so let your spiritual soul lead your mind to vote for the right candidate of which you have to select from, not discount your vote because the one thing you object to is wear a man bows his head to pray.

Michael Ingmire: The Failure of the January 6th Committee

Dr. Fred Eichelman: As Yogi Says, “It Ain’t Over Until It’s Over”

Michael Ingmire: The Failure of the January 6th Committee

Dr. Fred Eichelman: As Yogi Says, “It Ain’t Over Until It’s Over”

Regarding The PolitiChicks, "Sarah Palin has something new to rave about" 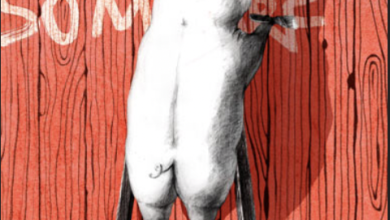 Orwell’s Farm and Biden’s “More Equal Than Others” America 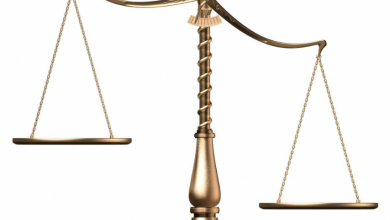 Doubling Down on Their Double Standards