Finding myself unemployed after nearly forty straight years of working, I took the time to return to college and earn my bachelor’s degree. I now believe I was guided there to actually see and experience what is going on in our colleges and universities so I can relate my experiences to an unaware general populace.

We are sending our children to colleges and universities where the liberal dogma flows from the mouths of self-aggrandized aging hippies who have never stepped a foot outside the halls of higher education. Those students of the 1960s who protested the Vietnam War while hiding in undergraduate and post-graduate academia enjoying their 2-S draft exemptions or fighting for abortion rights for women are the professors of today who are teaching our children.

As an adult returning to college it has become apparent that many young adults today have been psychologically and psycho-socially influenced by our educational system and the complicit media. The environmentalists have them convinced that the planet is doomed. They are repeatedly told that humankind (that is the required verbiage) has destroyed the earth and there is little hope that it can be saved. We see the effects of this indoctrination in the excessive tattoos, piercings, drugs, cigarette smoking, promiscuous sex, and other self-destructive activities.They have no hope for their future and are ripe for the picking. They will follow anyone who promises an easy path for them. There have been no demands made on them for personal responsibility and accountability as they pursue bachelor’s degrees in “bitterness studies.”  And they wonder why they cannot get a job! They have been protected from failure to prevent their suffering from low self-esteem. The result is they have NO self-esteem and have never been able to discover what makes them unique or what special talents God has given them. They have not been properly prepared to enter the adult world of business and have been deprived of self-actualization through personal accomplishment. No wonder so many attached themselves to the Occupy movement.

The current curriculum depicts America as a racist, class-driven society that must pay reparations to the rest of the world for the sins of their fathers and distribute its wealth through economic, environmental, and social justice. They believe if the religious right gets political control abortion will be illegal and the women’s rights movement will have been lost.

From an early age our children are encouraged to become good “global citizens” where morality is relative. The high school International Baccalaureate programme and other educational programs have embraced the belief that other cultures, although different, can also be right. There is no good or evil, moral or immoral, right or wrong. There is no one singular truth and the concept of individuals possessing inherent rights and freedoms that come from our humanity is outdated and not discussed without ridicule. Consensus replaces fact.

In his book The Naked Communist, originally published in 1958, W. Cleon Skousen listed the Current Communist Goals. Goal number 17 states: “Get control of the schools. Use them as transmission belts for socialism and current communist propaganda. Soften the curriculum. Get control of teacher’s associations. Put the party line in textbooks.” He lists additional goals of: breaking down cultural standards of morality; present aberrant sexual behavior as normal, natural and healthy; discredit the Bible and eliminate prayer in schools; discredit the U. S. Constitution and the Founding Fathers; discredit the family as a valued institution and; encourage children to be raised separate and apart from negative parental influence.

We must challenge our school systems and demand that our children are taught American history, along with returning to the basics. Our schools should not be social laboratories, and educators must be held accountable for providing our children with the necessary tools to compete in an ever expanding global market.

Adolph Hitler said “He alone, who owns the youth, gains the future”.  To save our country we must save our children. The future of America is at stake.

When It Comes To Politics, Should Churches and Pastors Remain Silent? 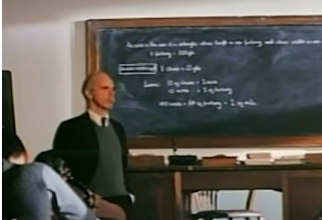 Democrats are Destroying Public Schools. Republicans Should Help Them 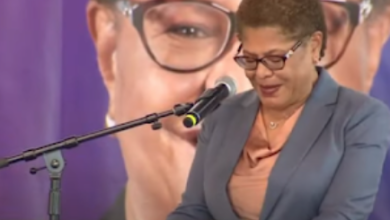