I was raised in a liberal household.  My parents were Union workers for the theater going back several generations.  Politics were never discussed and I didn’t vote until 1992 when I was in my early 30’s. Prior to that I was a simple, naive, red (unbeknownst to me) girl, living in a purple-ish state. However my daughter, Lauren, was born in 1996 and for the most part, she was raised by me, her single Conservative-Republican mom.

I thought we were “safe” from the encroaching fingers of California Common Core. It was supposed to kick in during the 2014-2015 school year during my daughter’s Senior year, hardly enough time to learn new, complicated ways to do addition and subtraction.

We weren’t so lucky. Let’s go back, briefly, to the summer of 2013. My 16-year-old daughter had just finished her sophomore year and was going to take US History-11 over the summer so she could free up a block for an AP Psych class. It had been many years since I had studied history, and it was 2013 we had lived a lot of it, so I thought we might have fun.

That thought was very short lived.

My daughter had a packet of questions she had to complete each week so I began reading aloud to her and she would follow along writing her answers. This went along for about five minutes when I read: “The United States America is a Democracy…” I nutted up! “Oh no, no, no–we are a Republic! Here’s the difference and here’s why!” I began.

“No mom, we’re a democracy”, my daughter said.  “That’s what they taught us, that’s what we are.”

I had two choices and I didn’t like either of them. Keep the peace and just walk away, or grab my laptop, fire up Google and print out the difference so she could read for herself, in black and white. I chose the latter. Epic fail.

Lauren would have no part of what does she called my “political drivel”. But I mom’d up, shook it off and she finished the remaining 6-7 weeks relatively unscathed. That is, until the last day of class. She had worked on her project, one of those, foldout boards you get at the craft store, over the weekend at her fathers’. When she got home, she locked herself in her bedroom to finish it up with a glue stick and pink ribbon and wouldn’t let me see her “Masterpiece” until the next morning.

At 6:30 am in July, she proudly emerged from her room with her final project:  A TIMELINE -Titled- FEMINISM THROUGH the AGES.  Okay feminism is not my thing, but it looked finished and presentable. I took a picture of it, for posterity and immediately I felt an unsettling wave wash over me. I realized on the second take that staring at me with empty eyes and a stoic face was not one, but two pictures of Margaret Sanger (the eugenicist and founder of Planned Parenthood).

I ceased to breathe. It took me a few minutes to get my bearings back. Somehow, some way, over the course of the summer, my 16-year-old precious baby girl had been brainwashed into believing that Margaret Sanger had made positive steps in the history of feminism and therefore deserved two pictures on my daughter’s Final Timeline-project. To say the least, I was mortified and livid.

So here we are nine months later. My daughter’s “U.S. history” book, titled The Americans: Reconstruction Through the 21st Century, took the better part of the school year to get a copy of.  Everything about that class now felt very Common Core-ish, starting with her insistence that our Nation is a Democracy, not a Republic. I knew I needed to read the book and find out what was said that could have warranted Margaret Sanger’s likeness on my daughter’s History Final.

I do not like this Common Core,
it can leave through the backdoor!
I do not like revisionist History,
it’s been played-out, the end’s no mystery!

This mom has a couple of things: A laptop, the book online ($5 for a 1 year membership) a pen and a phone.  I will read this book line by line and it will be easy to highlight suspect text and Google what really happened. I’m going to take a lot of notes.  I will bring any and all discrepancies, between their “Revisionist” history and “Real” history to the attention of the appropriate people. I will write a letter to the Editor of the local paper. I will take my findings and go to a TEA Party meeting. I will go to a PTA meeting at the school and board meetings at City Hall. If I have to drag my laptop around town with colored stickies and notes hanging out, I’m okay with that.

I’m not okay with Common Core coming in and putting a politically correct spin on history! Our kids deserve the truth. It hasn’t always been pretty and I’m sure some people of decades past wish they had done things differently. But I won’t have my daughter being taught to feel “guilty” for the rest of her life because of our past American history.  And I resent the fact that someone decided that the history of our great nation, this exceptional place we live in called America, needed to be revised so that our American ancestors didn’t appear to do anything awful or reconcile their differences with the people they may have wronged.

The only way to change history is to understand what really happened. Then you can build on the parts that worked and not repeat past mistakes. 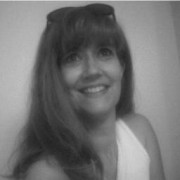