I was sitting in my apartment with my three roommates on Tuesday night as my roommate Brittany turned the TV on to watch the week’s episode of “Pretty Little Liars.” I made sure to ask what time it’s over, “I can’t miss my program!” No, I wasn’t talking about another girly show like The Bachelor that you would expect a 23-year-old college sorority girl to be worried about missing (but it’s true, I never miss The Bachelor). I was talking about the President’s State of the Union address. While most of my peers probably knew nothing of this important annual address, I was anxious to see what the President would say that influences the youth of America, our student debts, and our inability to find a job after graduation. And, like the devout little Republican I am, my expectations were not very high. Good thing too, because the President failed to present any plans that would help the future of America that graduates in just 100 days.

“Five years ago we set out to change the odds for all our kids. We worked with lenders to reform student loans, and today more young people are earning college degrees than ever before. I want to work with Congress to see how we can help even more Americans who feel trapped by student loan debt,” the President promised.

We saw this summer what can result from compromise in Congress. While the deadline for the student loan interest rate loomed, legislators butted heads over a solution to the problem of the interest rate doubling. While Republicans proposed legislation that would link the interest rate to the fluctuating market and treasury notes, Democrats trampled the bill and Obama threatened a veto if it reached his desk. When Democrats in the Senate, partnered with Republicans, presented a bill extremely similar to its counterpart in the House, Obama welcomed it with open arms. Perhaps it was pressure from the old interest rate expiring and already doubling that led President Obama to accept a proposal similar to one he had adamantly been against. Either way, the law is a somewhat temporary solution to this problem, and Obama reminded Congress on Tuesday night that it was far from over.

After the 2015 academic year, rates are expected to increase past the original interest rate of 3.4 and even the 6.8 that legislators were trying to avoid. The Huffington Post reported in January that student debt is still a pressing issue in the United States, where we have the most student debt of any country. Not only are we, college students, graduating with massive debt, it influences our credit scores and job opportunities. “Once a borrower has defaulted on a student loan, this can also result in automatically becoming ineligible for some government jobs,” the Huffington Post reports. Even the Department of Education encourages schools to withhold transcripts of those that are behind on payments, so those students cannot actually apply for jobs. That’s a great way to help pay off your student debt! Have the DOE make it harder for a private citizen to apply for a private sector job so they can’t make money and can’t pay off their student loan. Good idea. And while that is happening, the Federal Government is still making money off the loans. The Congressional Budget Office projects that the government made about $50 billion on student loans last year. Let’s see if Obama actually follows up on his word in creating a better and longer lasting solution to the student debt problem. The first place to start is, of course, job creation and easier access to those jobs for students. Seems like a simple solution right? But of course, it’s Washington D.C. we are dealing with, so absolutely nothing is simple.

Obama boasts of more than 8 million new jobs American businesses have created the past four years. USA Today points out, “that leaves out a loss of government jobs, not to mention the loss of jobs earlier in Obama’s presidency.” While the unemployment rate has dropped about 3% in the past two years, it is still far above the ideal unemployment rate of 4-6%. (Ideal meaning the percentage of unemployment is only due to the rate of individuals changing jobs, to put it simply). While we can argue about the reasoning for the unemployment rate – we won’t. Instead, let’s look at how Obama is (or more importantly, IS NOT) looking out for the college graduate entering the workforce.

Obama remarked, “Today the federal minimum wage is worth about twenty percent less than it was when Ronald Reagan first stood here. And Tom Harkin and George Miller have a bill to fix that by lifting the minimum wage to $10.10. It’s easy to remember: 10.10…Say yes. Give America a raise.” Before even talking about the economic ramifications of such a plan, let’s talk about how impatient the leader of the free world is. While this legislation is still being debated, Obama is following through with his word to unconstitutionally bypass Congress and promises an executive order to increase the minimum wage from $7.25 to $10.10 for government contract workers. If this bill is passed, this could actually be a problem for many newly graduated students on their path to finding a job. The increase in minimum wage could reduce jobs and job opportunities for young workers. Let’s give graduates the benefit of the doubt, though; they will probably be candidates for jobs paying higher than minimum wage. However, this still creates a problem for people like me. Increasing minimum wage decreases profits for business which keeps them from hiring people for entry level and management level positions. Payroll is the highest line item on business’ income statement, and forcing an increase now when unemployment is already high, means fewer job opportunities for even those with college degrees, and especially new graduates with little work experience. While the statistics and opinions are 50/50 due to the relatively new introduction of this plan, there are many who simply argue supply and demand. If businesses are required to pay more to their workers, they will be forced to offer fewer jobs. By doing so, they are more inclined to select higher skilled, and more experience workers to fill those positions. This of course weeds out the bright-eyed, bushy-tailed graduate from the University of Georgia with a bachelor’s degree in political science (cough cough, people like me). The President also lectured Congress for allowing unemployment insurance to expire for 1.6 million people. I honestly don’t think I can put it any better (or sassier) than the College Republican National Committee Chairwoman Alex Smith on twitter Tuesday, “Of course the President needs to tout unemployment insurance; he has no jobs to offer the American people.” And I’ll leave it at that.

The President closed his speech looking toward the future, talking of an America “where honest work is plentiful and communities are strong.” Those are great, resounding words aren’t they? I’ll repeat them over and over in my mind as I live in my parents’ basement and buy $.99 ramen noodles at the grocery store while picking up a newspaper to browse the “help wanted” ads because to be honest: the President’s State of the Union said little about bettering the “State of our Youth”. 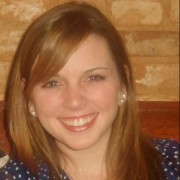 Leanne Livingston is a 23-year-old senior graduating in May 2014 from The University of Georgia studying Political Science and minoring in Communications. Leanne has had a passion for politics since high school when she debated competitively, ranking in the national top twenty of policy debaters in 2009. She has already served as a speechwriter and consultant for state representatives, and currently serves as Vice-Chairman for the Georgia Association of College Republicans state board. She hopes her articles inspire you to look beyond pure politics to the core values of Conservative Republicans to better shape the youth of today.